Former bread seller turned model, Olajumaoke Orisaguna and her baby daddy are having crises in their relationship following Jumoke’s sudden rise to fame and Twitter users have formed opinions about the couple’s relationship.

It all began after Olajumoke’s baby daddy publicly accused Olajumoke of not submitting to him anymore because of her fame. He also added that they aren’t officially married and whenever he sends messages to her mother through his family to have their union formalized, Olajumoke’s family seem reluctant to go through with the wedding.

But Olajumoke denied her baby daddy’s allegations and insinuated that his grouse has to do with the fact that she no longer gives him money.

She said to Sunday Scoop:

Anybody can say whatever pleases them with their mouth. He is the one that has been spreading such stories. When a man knows everything about you, he can choose to do whatever with that information. As for me, I am okay and there is nothing wrong with me.

Whatever is going on is known to God. We are still together. He has never discussed all what he has been saying outside with me, so I don’t understand what he is driving at because we sleep in the same house.

Well, he can continue saying whatever pleases him but I will not say anything bad about him. There is nobody I will discuss his matter with; I just leave him to God. God will judge between us.

Asked if she no longer gave him money, the model said:

Now you understand what I have been saying. I do not need to break it down beyond that; you already know what I mean. I will not say anything bad about him. I have handed him to God.

I have always been a good manager. Even when I was working in the bakery, I knew how to manage the resources available to me.

Can you imagine a man not working for two years and being fed by a woman?

The last part of Olajumoke’s statement went viral on Twitter and people began to share their opinion on her relationship.

A male Twitter user pointed out that that’s what happens when a woman feeds a man for a few days.

You can feed a jobless woman for years and it will be totally fine. Feed a jobless man for 2 minutes and you’d have to announce to the world. Abeg 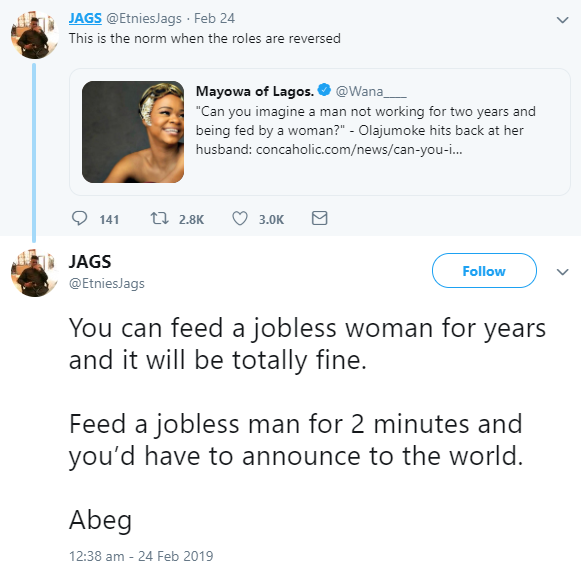 A number of Twitter users also agreed with him. On the other hand, some people pointed out that even when a woman is out of a job, she is still always busy with unpaid domestic labour in her home, whereas, this isn’t always the case when a man is jobless.

Some also pointed out that when a woman is jobless and is being fed by the man, she is expected to be submissive and grateful. But when a man is jobless, he expects the woman to still be submissive and humble while feeding him and any perceived change in her attitude will be seen as her being proud and disrespectful. 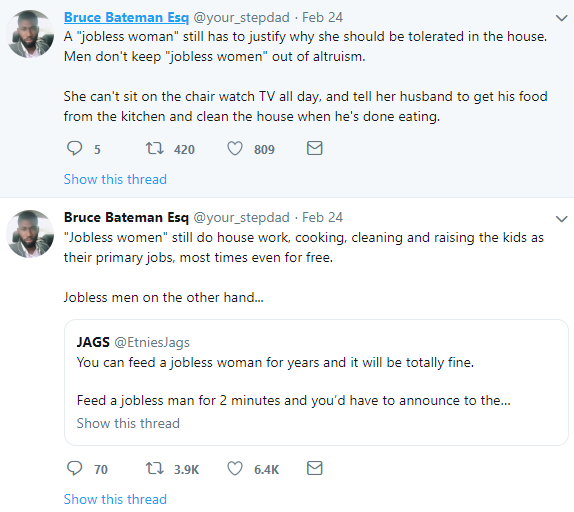 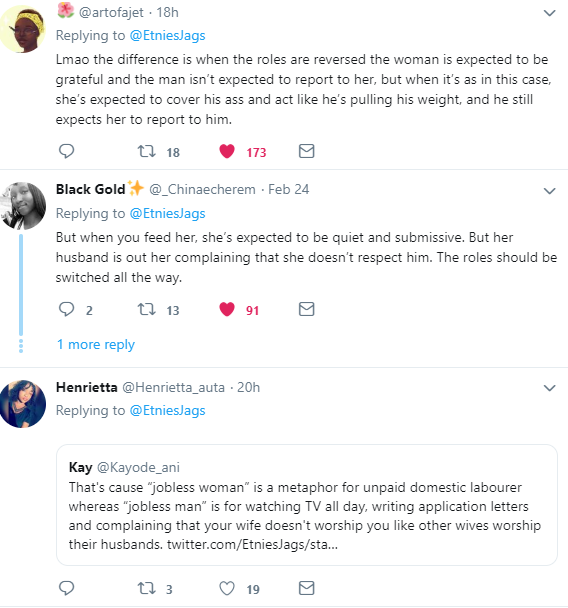 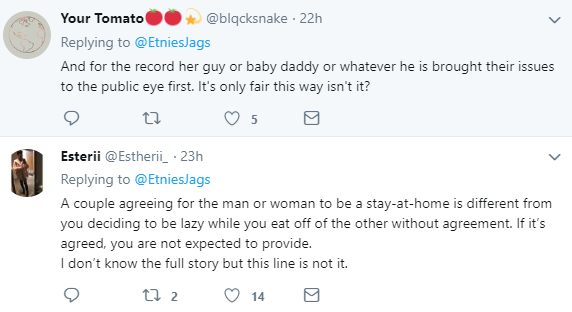 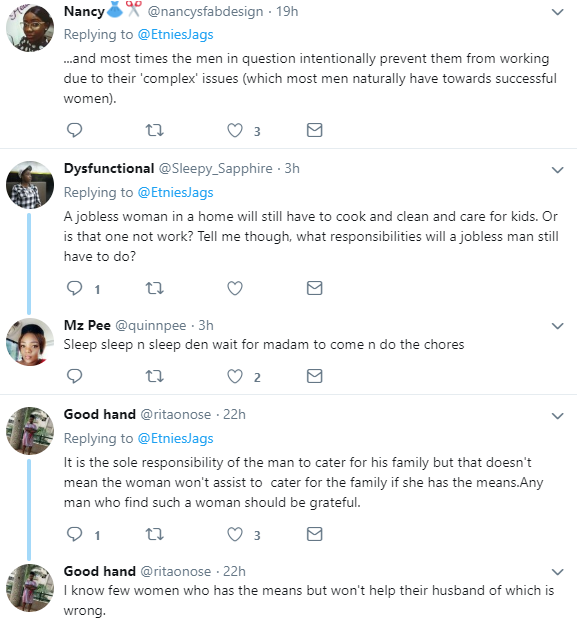 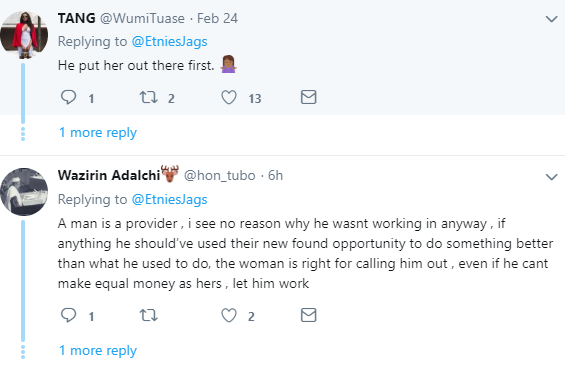 Photos: Nigerian pastor and wife welcome their first child after 22 years of marriage

Breaking: Cardinal George Pell, Vatican treasurer and third most senior Catholic in the world has been found guilty of child sexual assault

WHY I DO MUSIC KINGSLEY KING