President Buhari thanks Nigerians for re-electing him

President Buhari has thanked Nigerians for re-electing him for a second term in office.

President Buhari, who was at the APC Presidential Campaign Council Office, in Abuja addressed the country after his re-election.

He thanked the millions of Nigerians who voted him to continue serving the nation for the next four years.

INEC this morning, declared him winner of the 2019 election.

Read the full text of his speech below

First and foremost, I give thanks to Almighty God Who has spared our lives to witness another victory for Nigerian democracy and victory for our party APC.

2. I thank the millions of Nigerians who voted to re-elect me as your president for the next four years. I am deeply humbled and profoundly grateful to you for judging me worthy of continuing to serve you and for your peaceful conduct.

4. My grateful thanks to all those who contributed to the logistical expenses of the campaign in such a vast country like Nigeria.

5. I also thank the millions of volunteers, self-appointed overseers, canvassers, agents, escorts and sentries who sacrificed so much of their time and resources to ensure the success of these elections. I do not have the words adequate to thank them.

6. Although Saturday’s elections were relatively peaceful, troublemakers in a handful of states attempted to disrupt an otherwise orderly process. Security agencies will bring to justice all those arrested in the process.

7. I am very sad at the grievous loss of lives during these elections. Security agencies will step up their efforts to protect voters in the forthcoming State elections.

8. I would like to commend our security agencies, as severely overstretched as they are, for handling the difficult task of securing the country during the election period.

9. I will like to make a special appeal to my supporters not to gloat or humiliate the opposition. Victory is enough reward for your efforts.

10. We give thanks also to our Domestic and International observers for contributing to the success of our elections and for their interest in our country and our developing democracy.

11. The new Administration will intensify its efforts in Security, Restructuring the Economy and Fighting Corruption. We have laid down the foundation and we are committed to seeing matters to the end. We will strive to strengthen our unity and inclusiveness so that no section or group will feel left behind or left out.

12. I thank you for your support and may God bless the Federal Republic of Nigeria 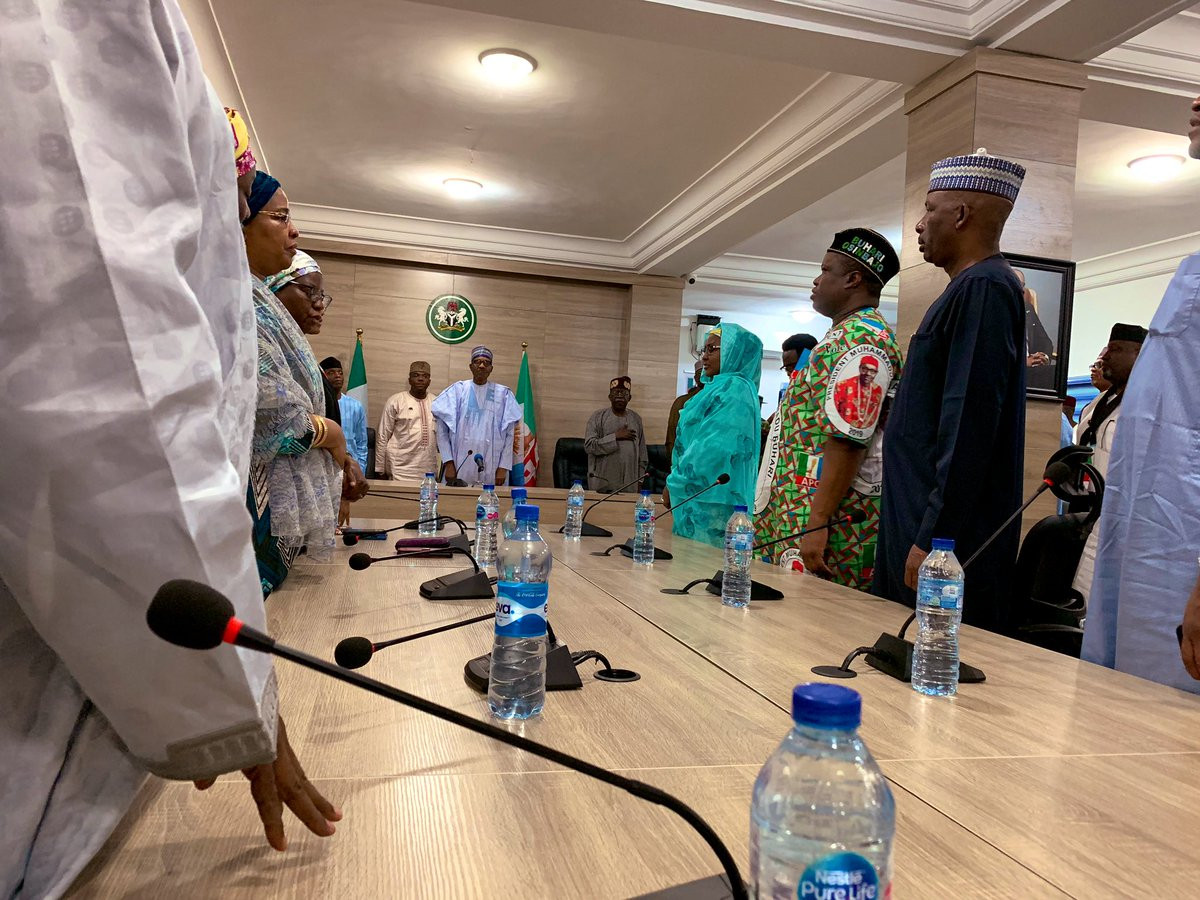