Boeing is being pressured to guarantee the safety of its 737 Max 8 aircraft after the Ethiopian Airlines crash that happened just months after another Boeing 737 plane crashed killing scores.

157 people died yesterday, including 2 Nigerians, when a Boeing 737 MAX with registration number ET- AVJ, crashed about six minutes after take-off.

The aircraft going to Nairobi took off at 08.38am local time from Addis Ababa and lost contact at 08.44am. 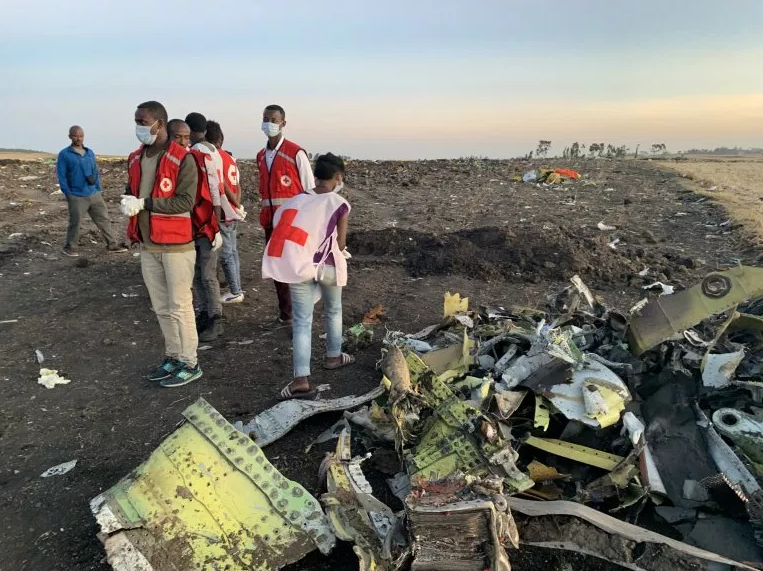 Following the recent crash, China’s aviation watchdog ordered the temporary grounding of all its Max 8 planes today while a Caribbean operator suspended operations with both of its new planes.

In the US, the Federal Aviation Administration (FAA) said it was “closely monitoring developments” following the tragedy.

The Civil Aviation Administration of China issued a notice at 9am local time ordering domestic airlines to suspend the commercial operation of the Boeing 737 Max 8 before 6pm.

Boeing chief executive Dennis Muilenburg said on Sunday that the American firm is providing “technical assistance” to the Ethiopian government and regulatory authorities in their investigation.

Ethiopian Airlines also grounded its remaining Max 8 aircraft, although the cause of the crash was yet to be determined. Its chief executive, Tewolde Gebremariam, said the operator was “one of the safest” in the world.

Ethiopian Airlines said it had contacted the families of all victims, who came from 35 nations.

Video: Watch Abia state governor, Okezie Ikpeazu, break into a dance after he was declared winner of Saturday’s election