Simi and Pastor Kingsley Okonkwo had a debate of sorts on Instagram after the pastor shared a controversial message on his Instagram page.

While speaking to his members, Pastor Kingsley said women are more emotionally mature than men and from a very young age, women already know what they want, whereas men at the same age are only thinking of football and sex.

He added that “God put so much sexual passion in men, expecting that women will obey him by doing access denied so that if he wants so much sex, he should marry.”

He continued to say that women giving men sex freely is the reason why men have refused to get married to them because they can get sex without being married to them.

The problem began when male followers jumped on the comment section and saw Pastor Kingsley’s message as an excuse for their lack of self-control.

A follower with the handle @lekanrubber, in his comment, took advantage of Pastor Kingsley’s message to make a case for men who ask women for sexual favours before they do anything for them. Hiding under the cover that the message provided, the follower pushed responsibility for men’s action to the women. 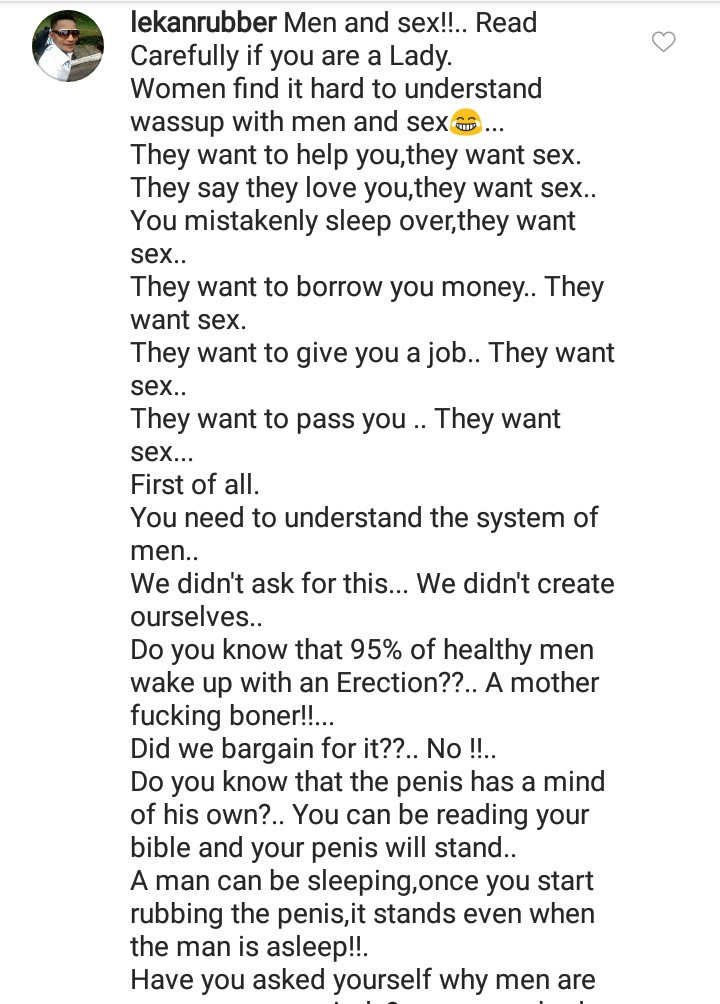 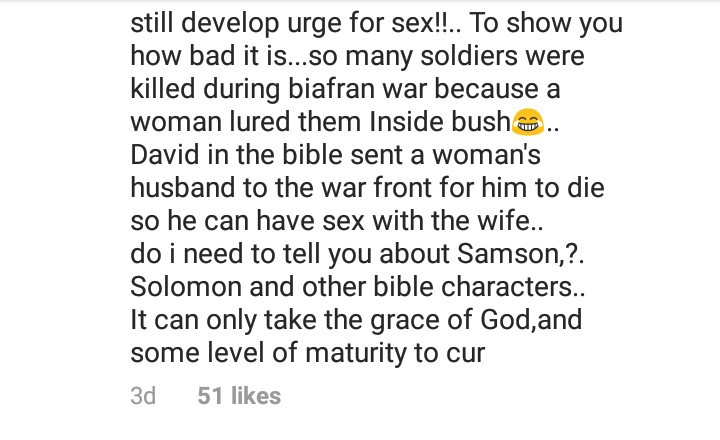 Seeing, this, Simi replied under the comment by @lekanrubber and told Pastor Kingsley that the problem with his preaching is that it causes men to think and act like @lekanrubber. She told him that he was placing sole responsibility on the women while excusing men’s lack of self-control. She warned that such preaching will make men reluctant to take responsibility or to exercise self control.

And pastor Kingsley replied, saying his message doesn’t demean one sex. In a follow up post, he referred to Simi and other women who were opposed to his post as “freedom fighters” and said he doesn’t have the patience to entertain them so he blocks them.

Read the comments below. 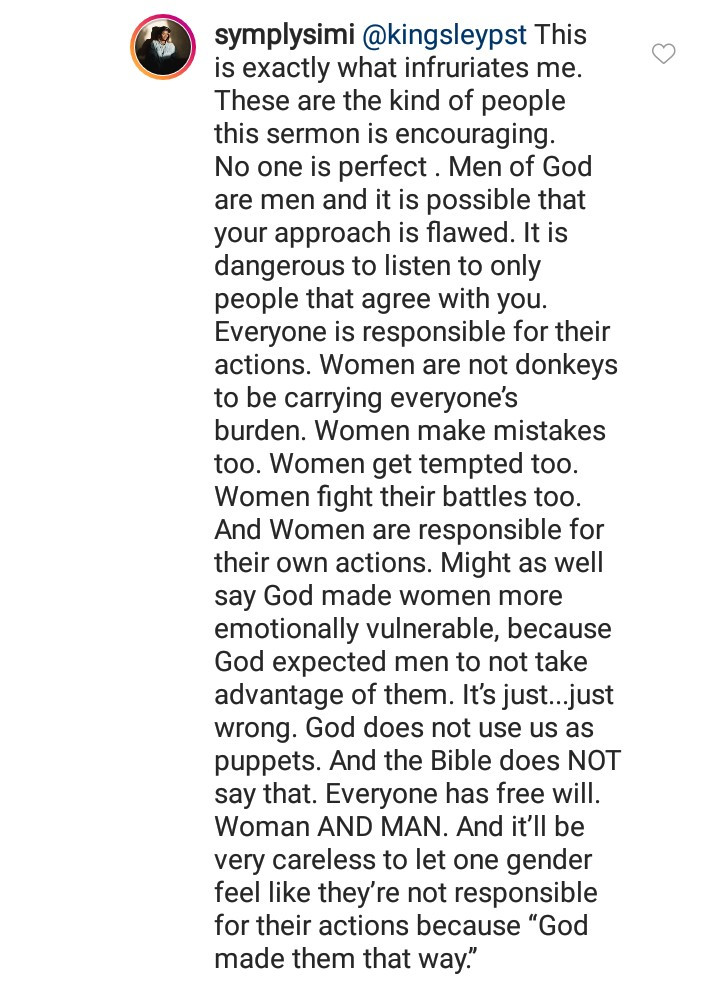 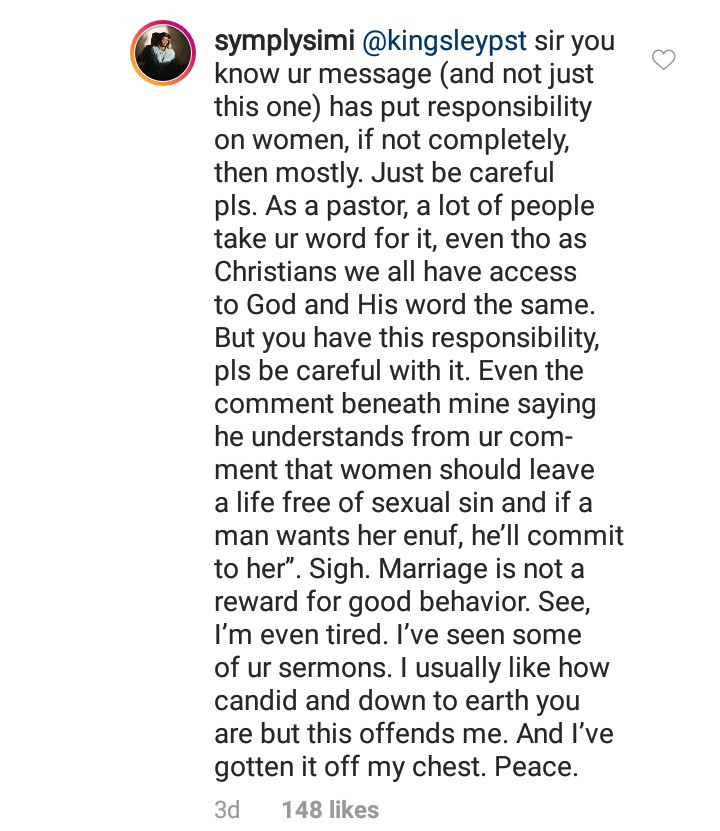 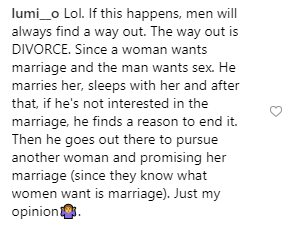 Excepts from the Manual…. to get full message go to www.lovedatingandmarriage. Org or reach @ldmwithpk PLS NOTE they were only WOMEN in this hall (about 2000 of them) so the message was for women, we also speak to men, the male version was held a week after and had thousands of men too (titled MANDATE ) message also available on the website so pls don't come and say what of the men…. And if you still want to know why we kind of address wome more it's simple- women are the ones affected more by bad relationships, women are the ones that feel used when sex is involved, women get pregnant, women abort or stay with the baby, women deal with the shame so that's why we try to protect women. Oh and by the way I agree that more should be done to mentor men and we are already working on different things to achieve that.