The crisis between the leaders of the civil rights group, Our Mumu Don Do, Charly Boy and Deji Adeyanju, appears to be far from over. Recall that shortly after he was released from prison on March 1st, Adeyanju announced his resignation from the group. Adeyanju said he was no longer confident in the leadership of Charly Boy, alleging that the singer compromised the vision of the group whilst he was away.

Reacting to his claim, Charly Boy in a fresh interview with Vanguard, alleged that Adeyanju wanted to convert the civil group for his personal gains. He said

“Ignore him (Deji), I am not prepared to share any money. We are not in the business of sharing money. We are not a political party. What we are doing in the group is struggle for a better nation. Deji was at my residence a day before his social media rant. He didn’t tell me anything about his planned resignation from the group. If he had real issues against me, he would have raised them when he came over to my place.”

Deji has now reacted to Charly Boy’s claims. In a series of tweets he posted this afternoon, Adeyanju said the singer is the number one mumu in Nigeria. He alleged that charley boy collected money from the government of the day to attack the opposition party, PDP. See his tweets below. 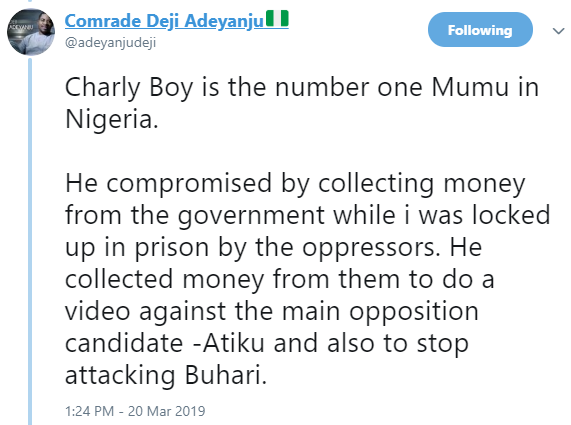 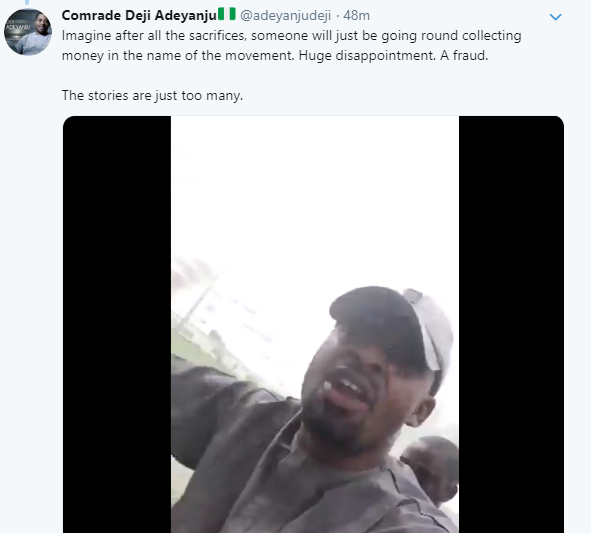 Vote based on track record not anger –...