A soldier who went viral some months ago has ousted a man who professed love for her and begged to marry her, whereas he was planning his wedding with another woman.

Faith Ogochukwu became the object of so many men’s admiration after she trended a while back. One of the men who began professing love for her was Uwaoma Victor Chinemerem.

The man used every word in the dictionary to woo her and begged for a chance to be in her life.

So, Faith was naturally shocked when a woman reached out to her to let her know that she is cohabiting with the man and they are already making wedding plans.

Faith has now taken to Facebook to expose the cheating man by releasing screenshots of some of the chats he sent to her while in a serious relationship with another woman. 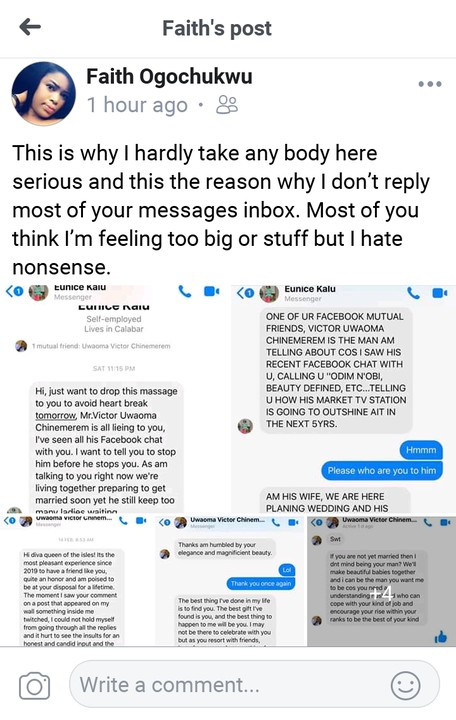 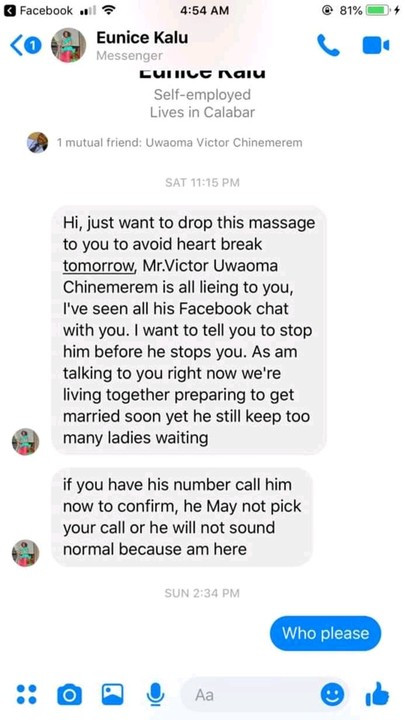 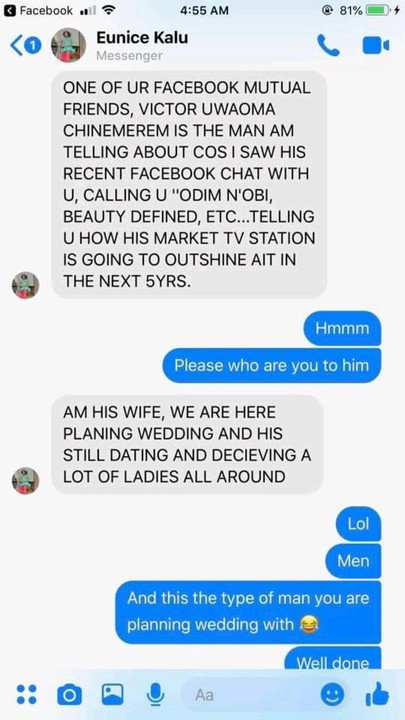 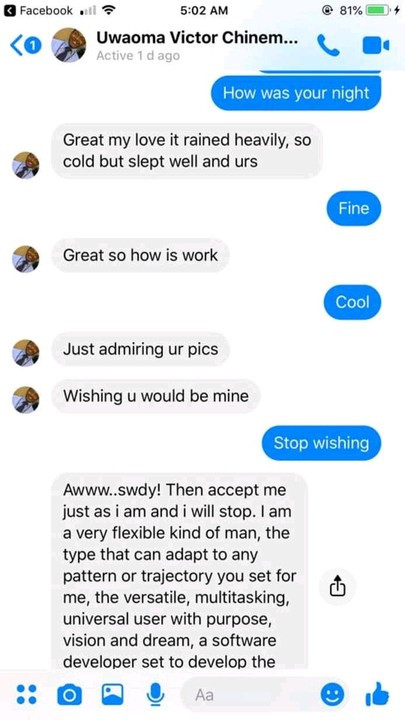 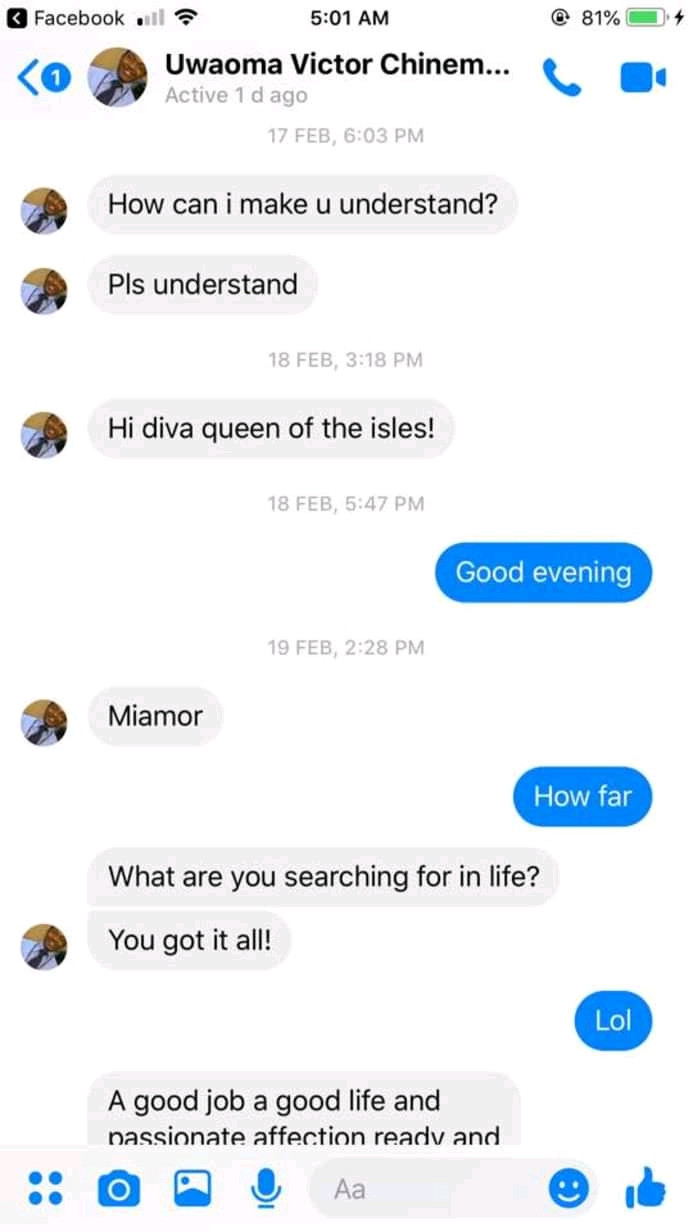 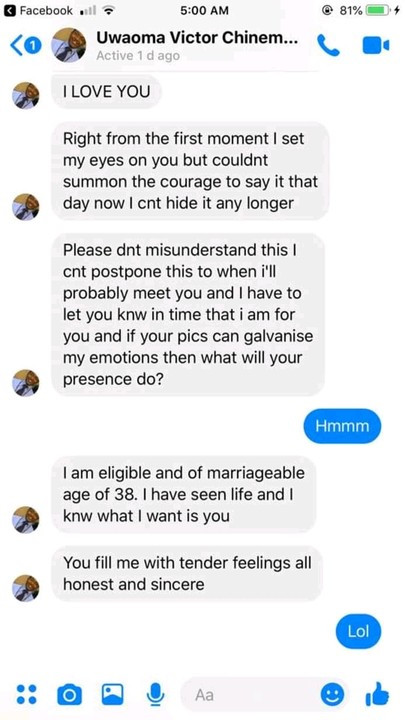 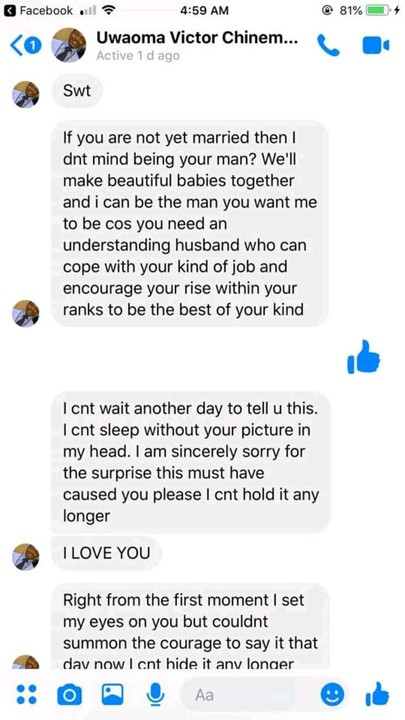 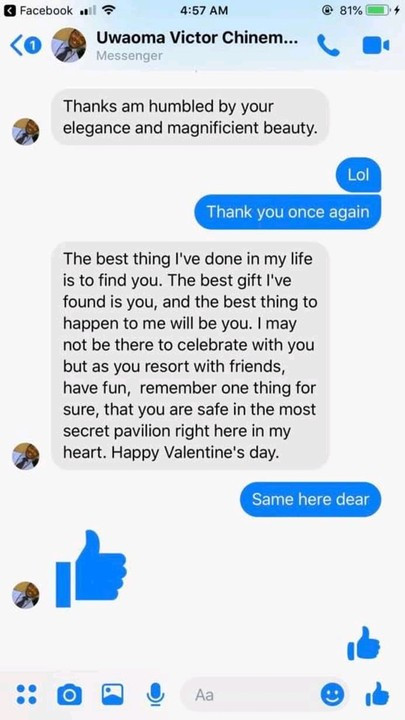 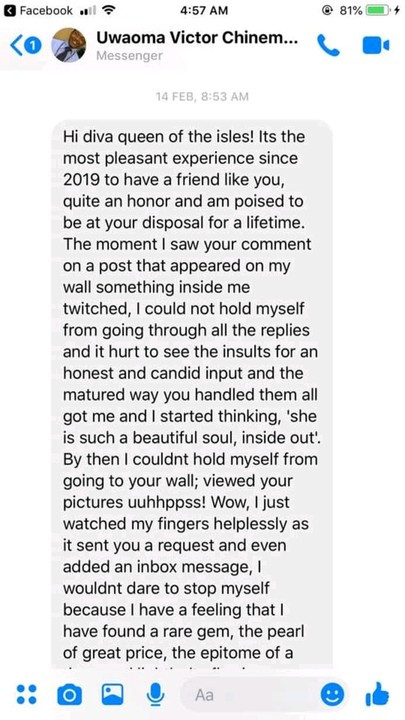