Breaking News
Man trafficks wife for prostitution, sells son for...
7,256 Nigerian nurses left for UK in one...
Lagos airport shut temporarily, flights diverted over mangled...
UK police will not take further action against...
Pressure on APC governors over tickets for Senators,...
Presidential primaries: Uncertainty over APC, PDP delegates’ lists...
Supreme Court joins Rivers AG and Speaker in...
Most okada riders in Lagos are criminals- Police...
FCT Minister orders indefinite closure of Abuja International...
Buhari will decide fate of ministers who withdrew...
Home News Controversial prophet places curses on those saying he is responsible for the death of all three of his children
News

A controversial prophet has cautioned those who accused him of using his children for sacrifice after all three of them died in an accident.

The prophet named Madzibaba Masango in Zimbabwe lost his three children in a fatal car accident. He also lost his mother’s sister in the same accident but others in the car survived. 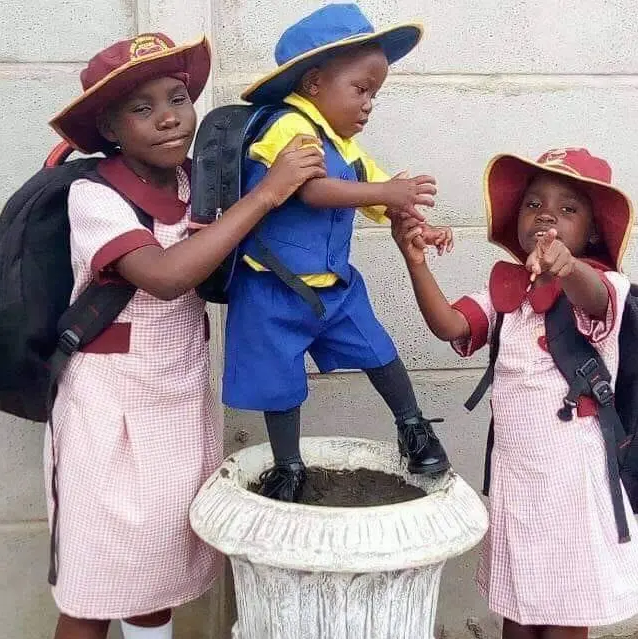 Following their deaths, social media users began accusing the pastor of sacrificing his kids for rituals. Others asked why he didn’t foresee their death yet he claims to foresee other people’s future. 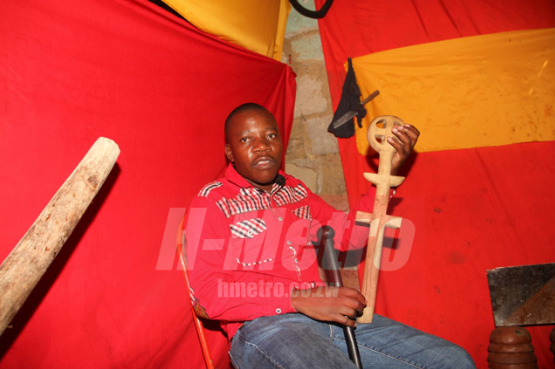 I was at a crusade in Kwekwe on a Friday. My wife was home and unbeknown to me she decided to go to our kids’ boarding school in Rusape to collect them.

It was late when they drove to Rusape; maybe she was worried about Cyclone Idai because reports were saying it may affect those areas. She did not tell me. Our plan had been to go together on Saturday for visit.

She says she left around 3pm for Rusape and it was on the return journey that they were involved in the accident.

If I was aware that my wife had gone to visit the kids I could have prayed about the trip. In most cases I was the one who used to go and collect the kids.

My wife says she failed to negotiate a curve and lost control of the vehicle leading into an accident that claimed all my three children and one of my mother’s young sister. She says instead of breaking on the curve, she mistakenly stepped onto the accelerator leading to the accident.

When I got home my family was not there and I called my young brothers that were there and they told me my wife had gone to get the kids. I said it wasn’t a problem but when I tried her number and the numbers of the other people she had gone with, all the phones were not available.

That is when I was told that my wife had been in an accident and I went to the scene in Marondera.

He added that he discovered that his three children and his mother’s sister had died in the accident. His wife and another aunt (younger sister to his mother) survived but are still in the hospital.

The prophet said: “There was another pupil from my children’s school that they had given a ride and that pupil also survived.” 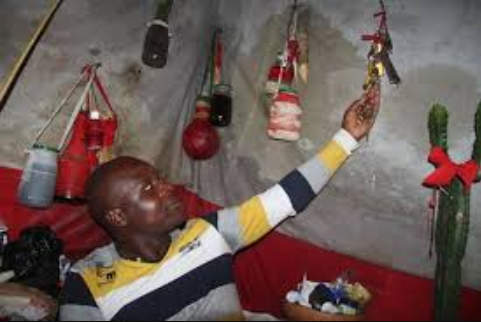 Madzibaba explained that he was not immune to misfortune and he is not the first or last man of God to suffer such.

As for why the tragedy befell to a Prophet, I want to believe that death has no limits even traditional healers and prophets were among the people who perished in Chimanimani through Cyclone Idai.

Even Biblical Job lost his children and wealth but he remained faithful so I will not stop worshiping my God so who am I not to be spared from such mishaps.

Prophets do not foresee everything. None of the prophets in Zimbabwe even prophesied that Cyclone Idai was coming.

I want to believe that those posting negative comments are not Christians because it could have been common knowledge to them that even Christ Jesus died so as his friend Lazarus he once raised from the dead.

To my followers I would like to let them know that God has strengthened me, has taught me lessons and I will remain faithful and do what I was called to do while it is day.

Buhari will decide fate of ministers who withdrew...