Twitter user @iam_maleek96 has accused SARS officials in Oshogbo, Osun state of brutalising his friend, leaving him with serious injuries. Posting photos of his injured friend on his twitter handle, he wrote

See what Sars operatives turn my friend to . This happened in Oshogbo. He didn’t kill neither did he steal,he was on bike and they were told to stop, they didn’t due to there illegality and harassment .. this was what happened next .#EndSARS @segalink @MBuhari @PoliceNG 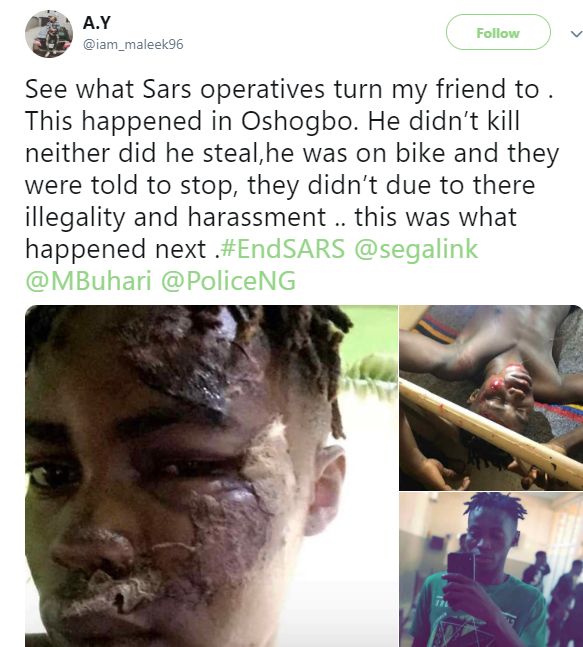 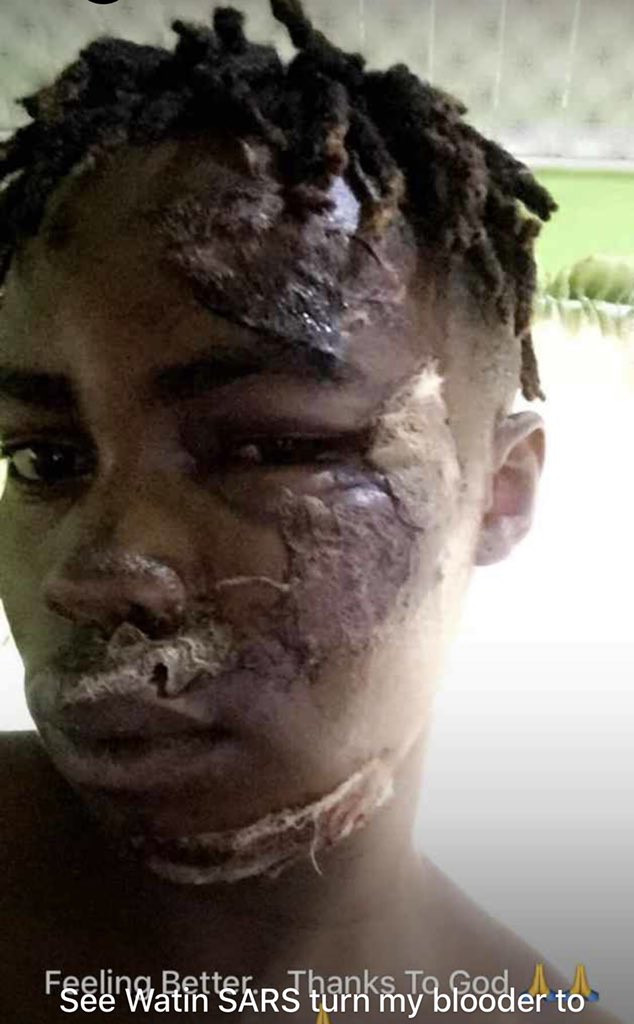