Journalist, Kadaria Ahmed, has raised alarm after a man described her as a ”walking corpse” after she attacked Zamfara state governor, Abdulaziz Yari.

Recall that last week, Kadaria joined several protesters who marched to the presidential villa in Abuja over the persistent killings in Zamfara state where suspected armed bandits have killed many people in the state.  Kadaira while speaking at the protest, described Governor Yari as the most useless governor in Nigeria.

Angered by Kadaira’s attack on his state governor, a man identified as Amb. Abdulrahman Yahaya made a threat on Twitter where he described the journalist as a walking corpse.

“Kadaria, you converted to Christianity in London. I was appalled when I heard her describing herself as a passionate citizen of Zamfara. By Islamic tenets, Kadaria is a walking corps, she’s supposed to have been killed as an apostate. She’s a condemned soul”.

Kadaira say his tweet nd has raised alarm that should anything happen to her, the man should be held responsible

“I have reported this account for threatening my life even as I refused to dignify his allegation with a response. No one should have the right to call for anyone’s death. If anything happens to me, this is the man to hold”. 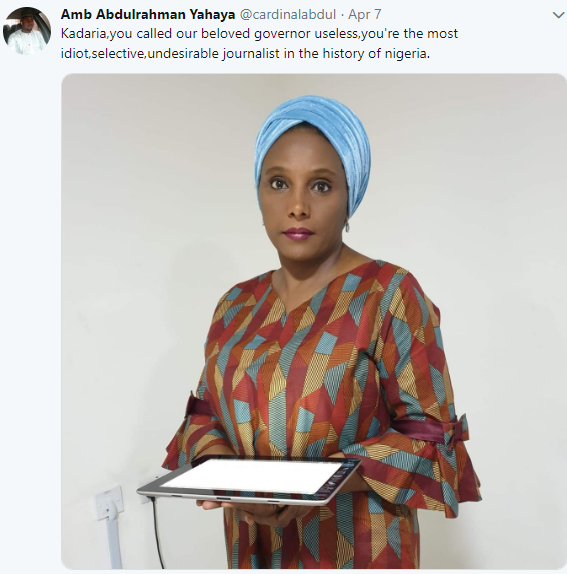 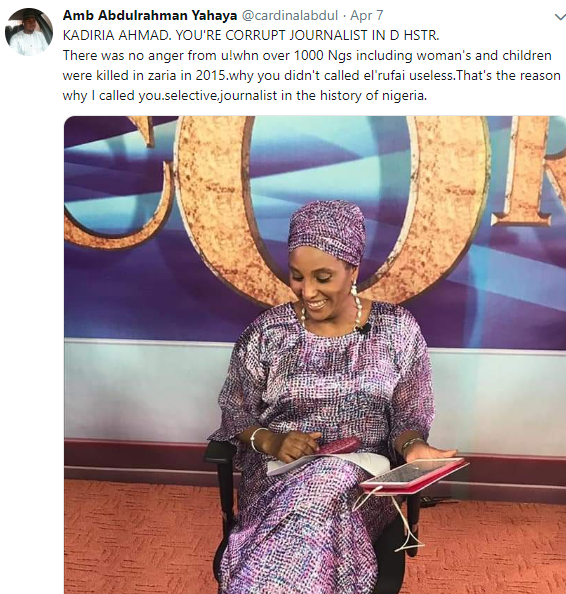