Comedienne Lepacious Bose has expressed concern about the dangers of online dating.

The actress spoke of how easy it is to end up living with someone you do not know. She admitted there has been some success stories from online dating but said it is still very risky.

These days you don’t even know if you are dating a human being or a ghost; na so so dm and pinging toasting. You go don marry ritualist before you know.

I applaud those who take the risk and end up with great spouses but the stories I have heard about online hook ups are so scary. Generally we live in a crazy world now, you can actually live with a serial killer for years and not know, na make God Dey protect person.

I remember those days ladies would believe the guys they meet in church would be the good ones, hiaaan these days the ones you meet in shrine are better and even safer. At least with them you know what you signed up for…. like I always say TO THE WAYO MAN, GOD IS A WAYO GOD. Lord have mercy…. the things I have heard hmmmm….. it is well 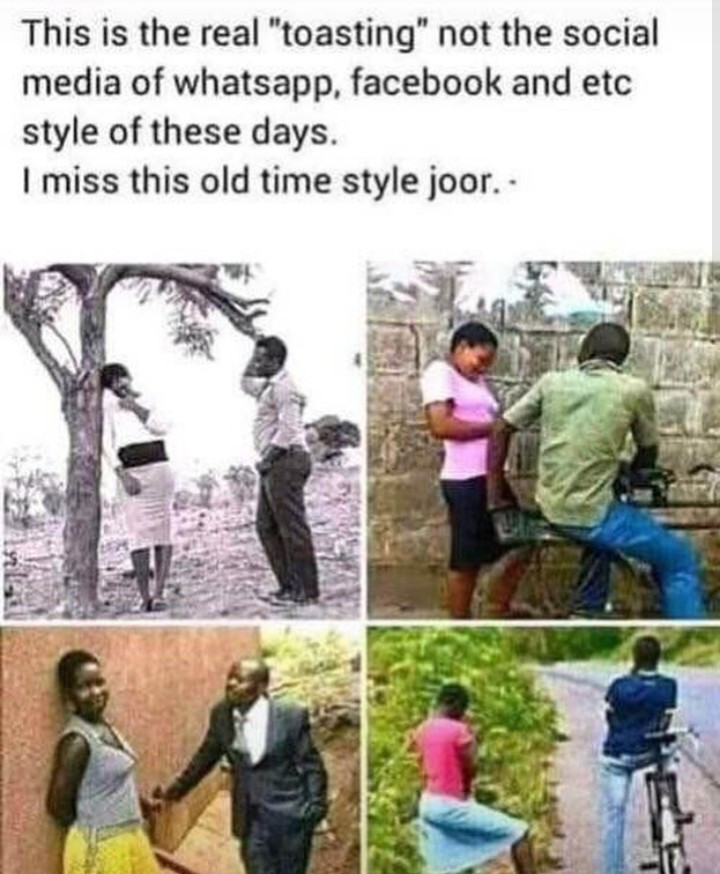 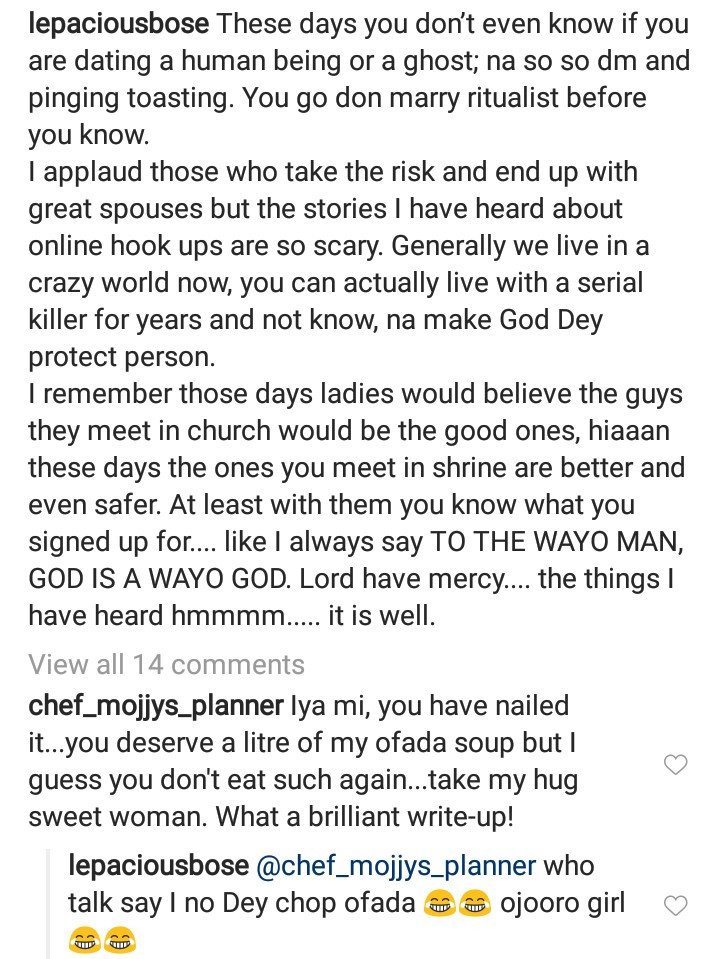