An upcoming actress has been forced to tender a public apology after she called out actress Seyi Edun on Instagram.

Kofoworola Adewale made a statement on Twitter which was considered bullying and she has now made a video apologising.

Seyi Edun went after the bully and she didn’t go alone. In a video shared to Seyi’s Instagram stories, Kofo is seen kneeling while at least two men and a woman can be heard reprimanding her for using her phone to try to destroy someone’s life. She was then forced to retract her statement and make an apology and she did this in a video while kneeling. 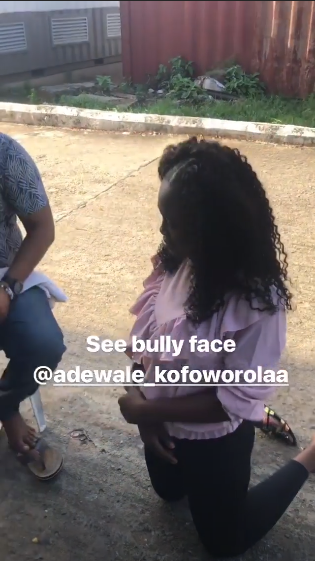 She shared the video with the caption: “I apologize for what i said to @i_am_shai on Instagram that “where seyi edun won see Belle una Don forget say she be Lord of the ring ” please forgive me it won’t repeat itself again.” 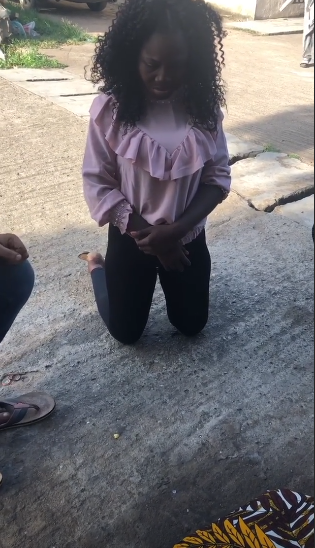 Seyi Edun reshared the video and wrote: “To every bully who hide under the internet to say all sorts of things to celebrities/public figure ,i hope you know you are inheriting curses and also your offence is punishable under the law,desist from such acts before you meet your Waterloo.” 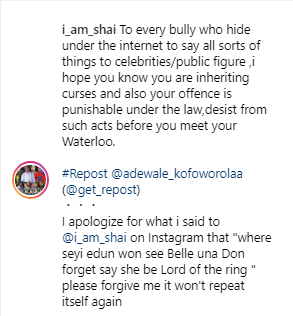