Nigerian Twitter is currently heated as supporters of Madam Oby Ezekwesili are currently clashing with civil rights activist, Segalink and his supporters.

It all started with a Tweet from Gimba Kakanda reacting to Omotola Jalade’s comment on the state of the nation and then Oby Ezekwesili responded saying,

‘It is the degree of damage that hideous partisan politics of the worst variant has done to some of our “youths”.  Was it also not here that @segalink when attacking us years ago because of @BBOG_Nigeria hurled similar trash at me who was prevailed on to go into government? #Sick’.

This response set off a chain reaction of tweets, accusations and counter accusation since last night and all parties involved are still going strong.

See screenshots and reactions below… 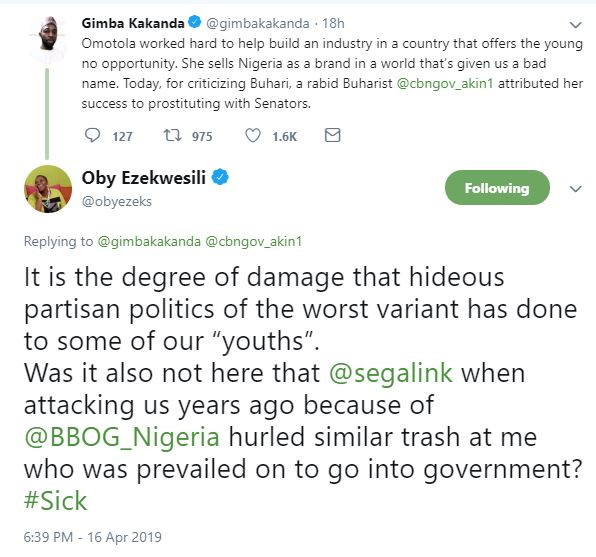 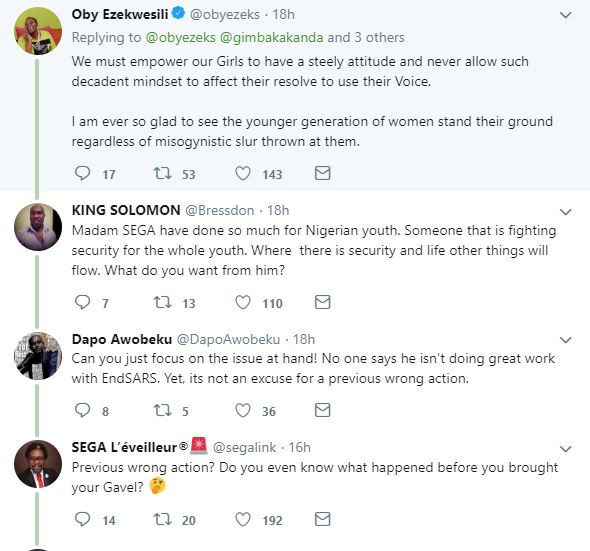 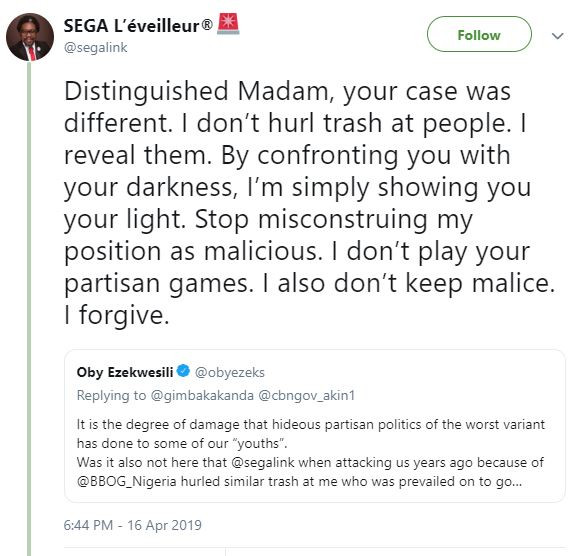 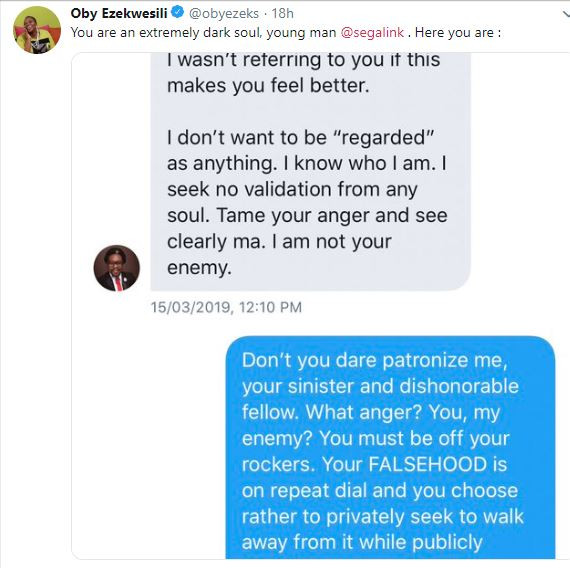 Whatever the issue between @obyezeks and @segalink, I expect a certain level of maturity especially from Aunty Oby.

Sega is never a fraud, in fact he’s been extremely useful to young people in our society.

You both should thread cautiously & don’t allow whatever to escalate.

So Segalink attempted to smear Oby’s reputation by expressing stating she slept her way up the ladder and y’all refuse to hold him accountable, why?
He isn’t a faultless god.. he should accept his wrongdoings and apologize rather than hiding behind fancy words.

APC cretins in BMC have tried so hard to slander @segalink

They failed because the Nigerian youths that Segalink stands up for daily also stood up to them.

So I have a strong feeling they are the ones using Oby Ezekwesili to do their dirty job.

Voice of Jacob but hand of Esau

Sudan crisis: Ex-President Omar al-Bashir sent to prison days after he was ousted in a military coup