Breaking News
Uduaghan dumps APC Monday
Why we can’t ban ‘agbero’ in Lagos –...
Quadri records first German league victory
Zulum’s convoy: Army recounts how soldiers, policemen were...
Buhari submits PIB to National Assembly, scraps NNPC,...
FG suspends new electricity tariff for two weeks...
Wike, Amaechi exchange words at Supreme Court justice’s...
Present cracks may lead to Nigeria’s break-up –...
Labour’s mobilisation for strike at climax
God will punish me if I was involved...
Home News “Ambode I will fight you with every last drop of blood I have” Woman threatens as her father and his colleagues are detained by the state government
News

A woman has threatened to fight the Lagos State Governor with all she’s got after her father and his colleagues were invited by the governor, then detained.

Gbemisola said Akinwunmi Ambode invited her father and other members of Lagos State Polytechnic SSANIP to resolve a conflict but since they responded to the invite, they haven’t been seen.

She said they were detained simply because “they protested an oppressive regime that saw some of their salaries reduced by 30%”. One of the women was detained with her 1-year-old child and the child slept at State Investigation Bureau, SIB, Ikeja. 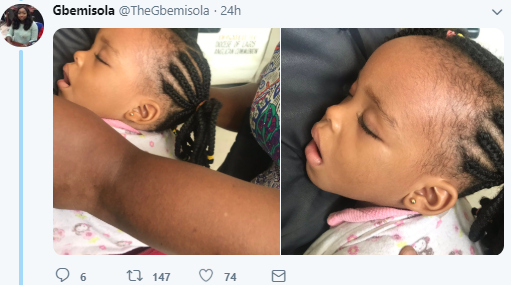 Yesterday @LasgoOfficial @AkinwunmiAmbode invited my dad and other members of Lagos State Polytechnic SSANIP to resolve an existing CONTISS conflict. They’ve been held at State Investigation Bureau since yesterday. Ambode I will fight you every last drop of blood I have.

See the rest of her tweets below. 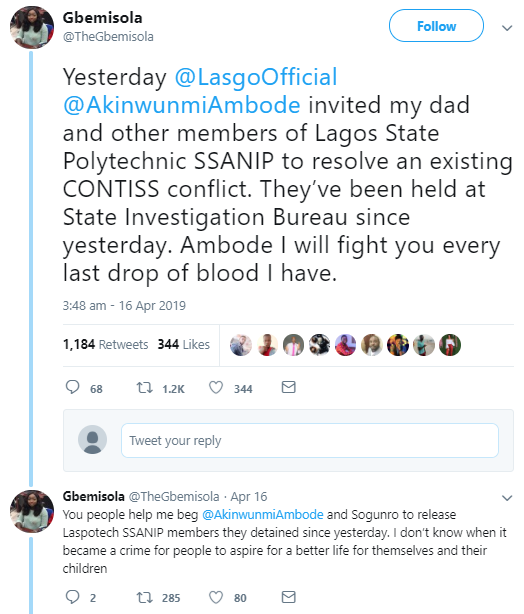 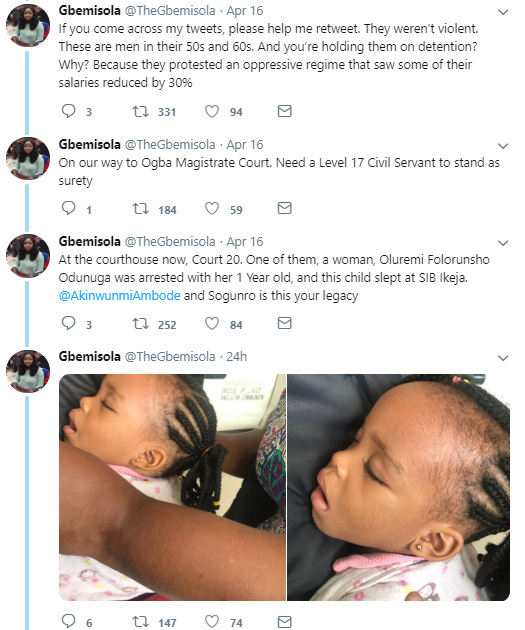 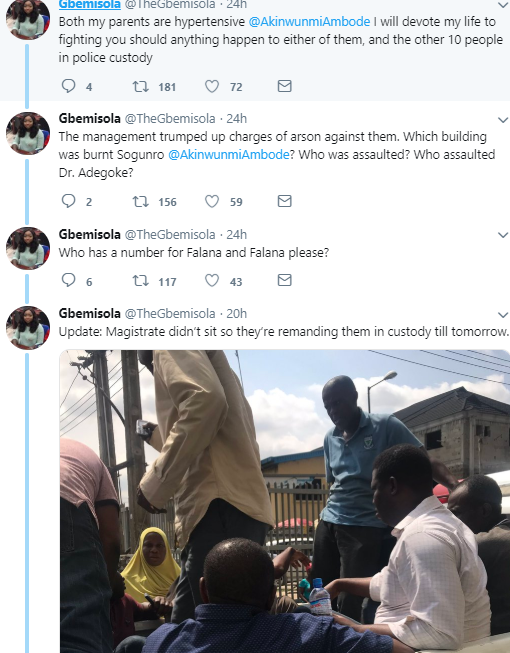 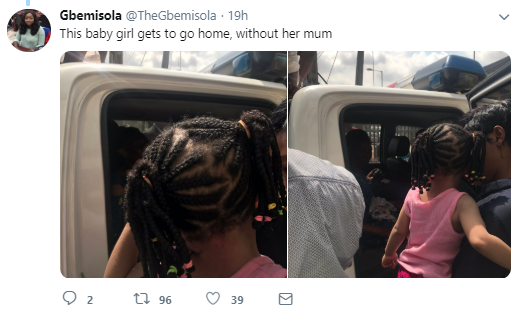