Bobrisky has replied Nollywood actor and director Charles Awurum, after the later took to Instagram to slam movie producers featuring Bobrisky in their movies.

Awurum in a video he shared on Instagram, called out Nollywood movie producers that feature Bobrisky in their movies. According to him, the producers are encouraging a man that is known to ”sponsor a colony of boys to become gays and start behaving as women”.

See Bobrisky’s clapback below as well as the video posted by Charles Awurum. 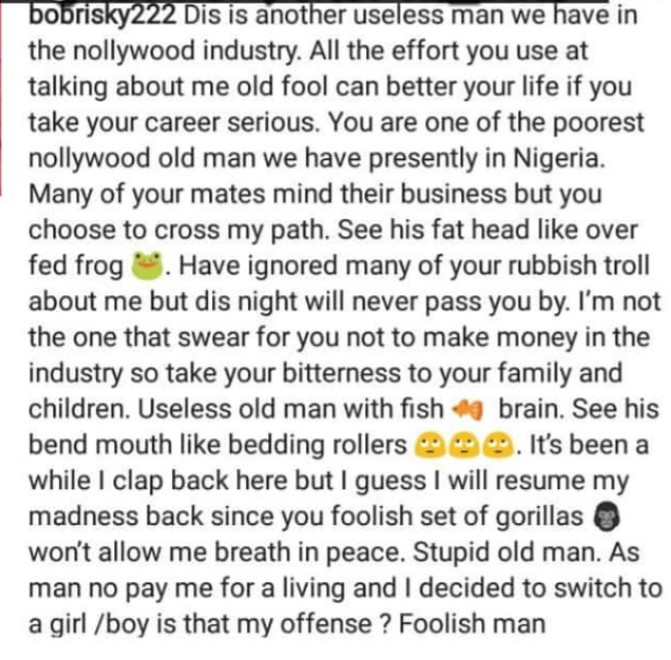