Media personality, Ebuka Obi-Uchendu took to Twitter to express his shock on how Abdullahi Umar Ganduje was re-elected as Governor of Kano State despite the bribery scandal.

Recall, the APC serving governor was seen purportedly receiving a bribe in dollars from state contractors in a video that went viral in October 2018. The government later said the video is doctored by a certain extortionist.

Ganduje went ahead to run for the March 23 governorship election, which he won.

Expressing shock on Twitter,  the Big Brother Naija host wrote: ‘Truly amazing that Gov. Ganduje got re-elected in this country.’ 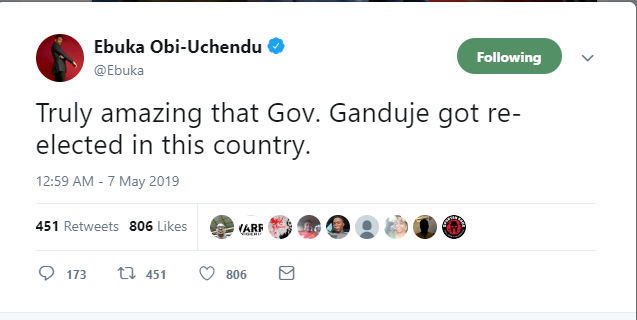