Commuters are feared dead after cars were engulfed in flames when an NNPC tanker spilt its contents at Oke Afa in Isolo, Lagos.

The tanker reportedly fell at the Oke Afa bridge yesterday at about 5pm and spilt its content. Sadly, not enough action was taken to avert a tragedy. The highly inflammable substance that spilled onto the road from the tanker caused a fire this morning, at about 6:30 am. 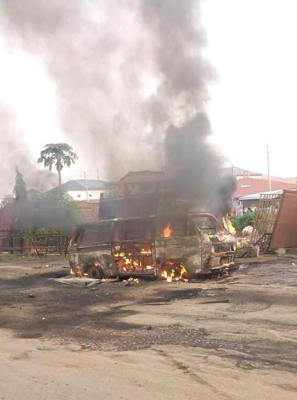 There is no report of the number of casualties at the moment but social media users report that at least one person died in the fire.

Videos from the scene show a man, who had been burned, running from the fire with his burnt clothes sticking to his skin. 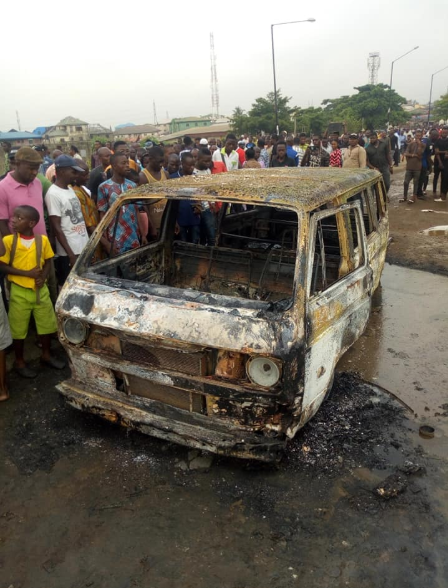 After the tanker fell on Monday evening, web user had taken to Twitter to warn that the scene was a disaster waiting to happen because the contents of the tanker spilled onto the road, but, apparently, adequate action wasn’t taken. 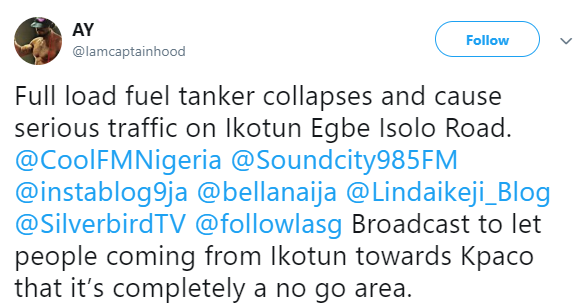 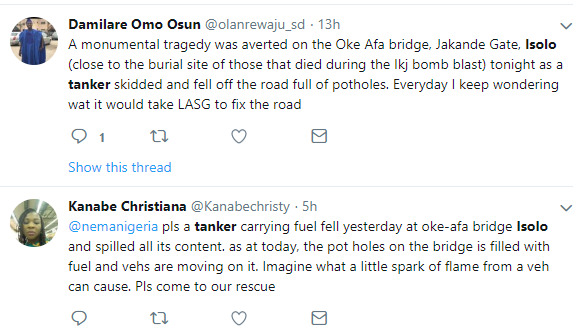 R. Kelly’s daughter ‘forced to drop out of college’ because he stopped paying her tuition