The family of a disabled man have held a wedding for him since he couldn’t find a suitable partner and feared he would never get married.

Ajay Barot, 27, from Gujrat in India, always dreamt of getting married. But seeing as he has learning disabilities, he was beginning to lose hope of ever finding a wife, so his family decided to show him that he can still have a wedding ceremony without a bride.

The Barot family gave Ajay his dream wedding day. The wedding was a fanfare, filled with colours, hundreds of guests, music, and everything that makes up a wedding. They even had a haldi (pre-wedding) ceremony. The only thing missing was a bride.

Ajay’s uncle, Kamlesh, explained to The Times of India that it was his own son’s wedding that further sparked his interest in getting married. After they tried unsuccessfully to find him a wife, they decided to give him a wedding without a bride. 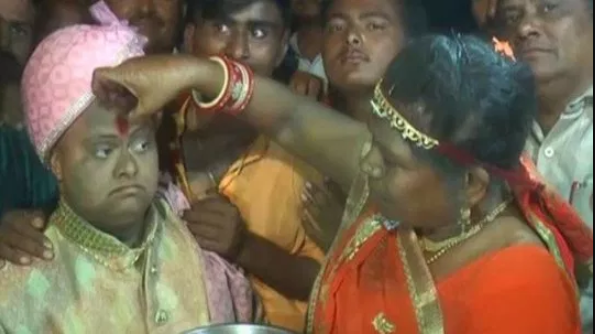 The uncle said: “Ajay had always wanted such an occasion for himself and that wedding intensified his demand. The family got together and decided he would have a wedding procession. We had wedding invitations printed, performed all the rituals by getting a priest and organised the feast. Ajay was beaming throughout.”

The family added that it was a respectful ceremony, not intended to be mocking. 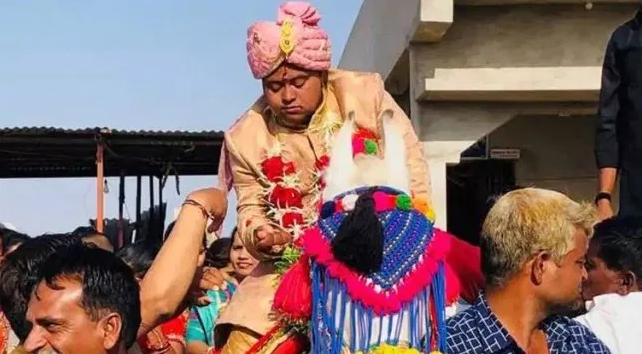 His dad, Vishnu Barot said: “The event was not just to keep Ajay happy. it was also about the family finding solace in the fact he could experience it. There was no intention of mocking weddings or his sentiments. We were heartened that so many of our relatives and villagers became part of the event”