Naira Marley appeared in court today but shortly before his court appearance, Bobrisky publicly prayed for “God’s favour” to be with him.

A follower pointed out to Bobrisky that justice is what is needed, and not God’s favour, especially if he’s guilty of fraud as charged. But Bobrisky jumped to the singer’s defence and asked the follower not to judge.

See the interactions below. 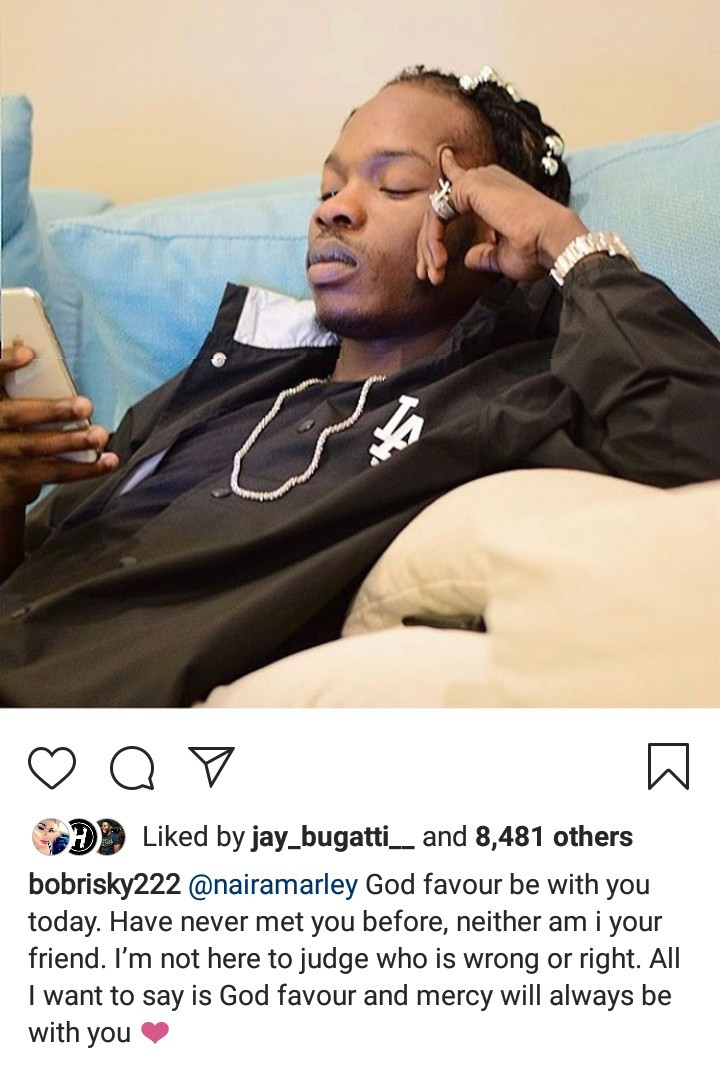 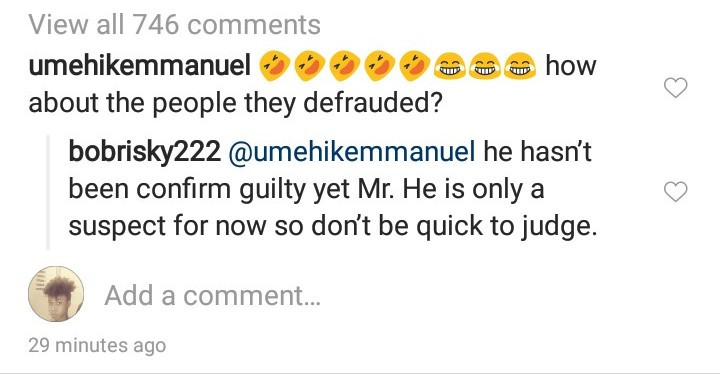 Photo: Naira Marley’s mum in tears as court remands her son in EFCC custody till May 30th