Imo state governor, Emeka Ihedioha, has denied reports he ordered the demolition of some monuments built by his predecessor, Rochas Okorocha.

Earlier today, a team of state government officials in company of some firece looking soldiers, began the demolition of the Akachi center, a tourist site built by Rochas Okorocha  and was commissioned by Vice President Yemi Osinbajo, last week.

Many people believed the demolition was on the order of the new state governor.

The governor has since denied this claim. Read his statement signed by his Special Adviser on Media, Osuji Steve, below… 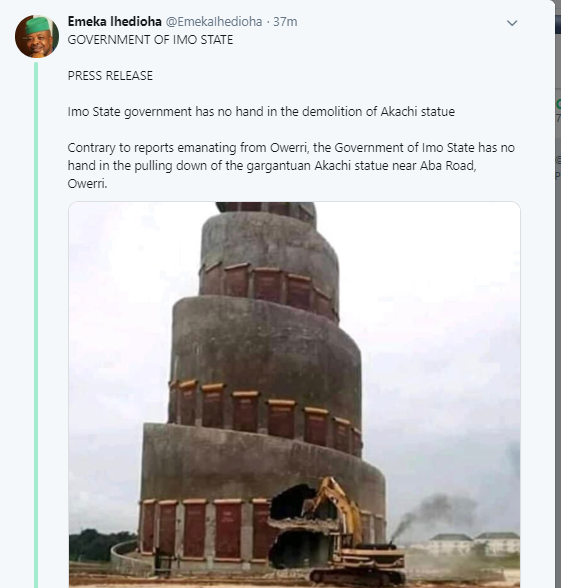 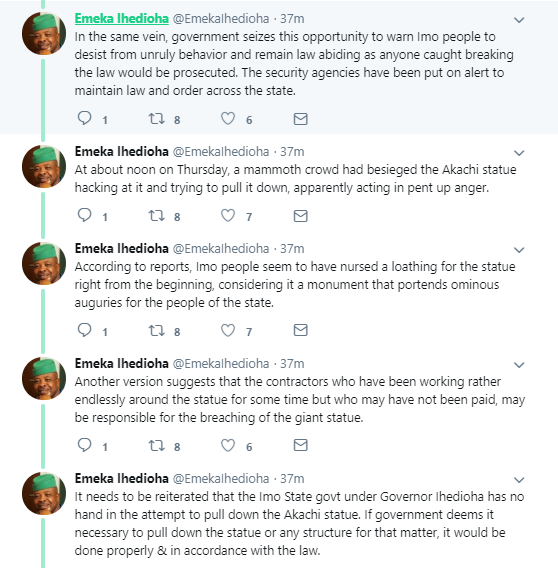 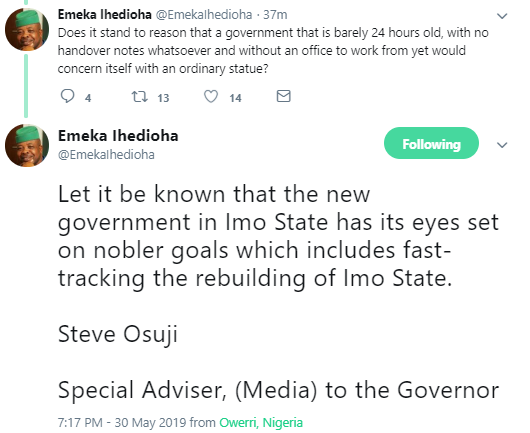 “They cheer you into crime. When the heat is on they run” Dolapo Badmus warns Nigerians using Naira Marley’s case as an example