Heartbreaking Photos: 6- year-old boy repeatedly assaulted and battered by his mother and stepfather because he wets the bed

Shocking photos online showed the state of a six-year-old boy who has been repeatedly assaulted and battered by his Thai mother and Cambodian stepfather because he wet the bed.

Little “A” was found cowering in a darkened corner of a house in Moo 6 of Bang Sai, Muang, Chonburi, Thailsn when police and social services arrived. 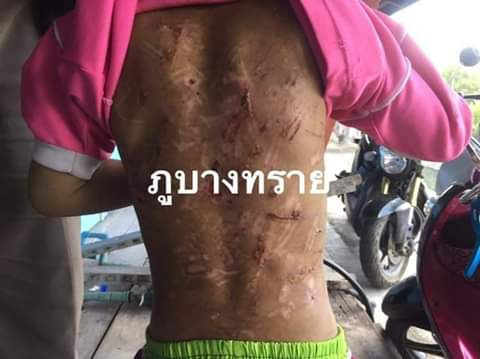 He had old and fresh wounds to his back and front. There were bruises on his face and he had a high fever.

He was taken to Chonburi hospital and mother and stepfather were taken into custody. 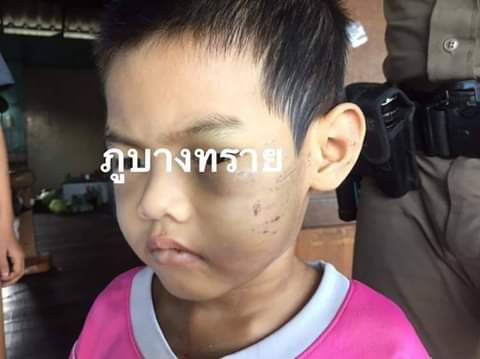 The mother blamed the father from Cambodia for starting the assaults after her son repeatedly wet the bed.

He wouldn’t learn, she said, then three weeks ago she started to batter her own son repeatedly.

She didn’t dare take him to see the doctor after the beatings and bought medication for him herself. 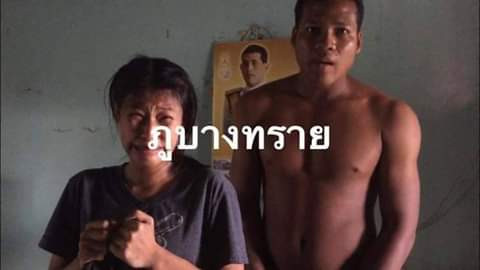 She apologized to him every time she beat him up, and begged him to stop wetting the bed.
Eventually neighbors could stand it no longer and called in the authorities.

She said that she had a “terrible disease” and that her son, husband and another infant were not infected. Both children were taken into care by social services.

The mother and stepfather have been charged with assault. 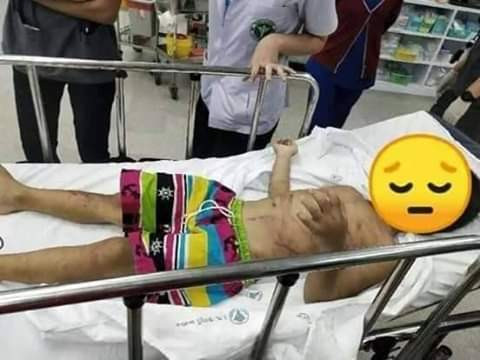 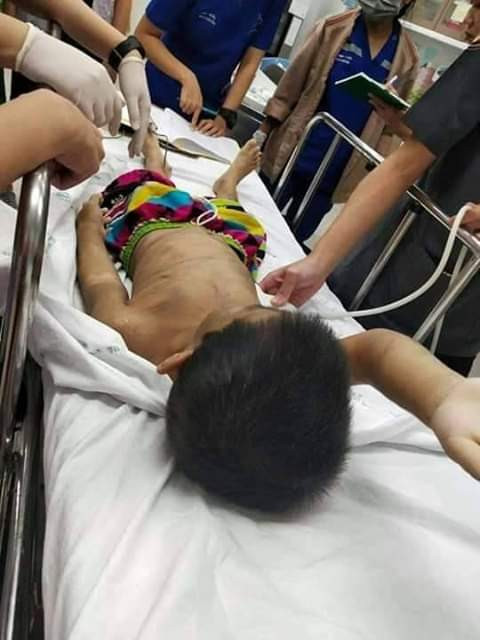 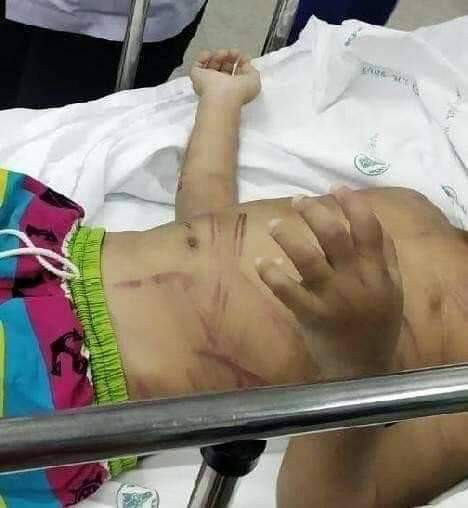 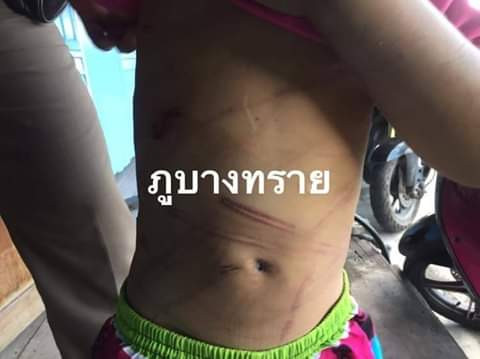