There was mild drama at the Redeemed Christian Church of God, the Glory Tabernacle parish, at Ijapo Estate in Akure, Ondo State capital, when Justice Oyebisi Folayemi Omoleye, a presiding judge of the Court of Appeal, confronted the church’s parishioner over its noisy religious activities.

According to a report by Saharareporters, Justice Omoleye, wielding a stick in her hand, invaded the RCCG Church, in company of her security guard and allegedly assaulted some of its worshipers on Wednesday and Felix Solomon, a pastor in the parish, Felicia Akindurojoye, an assistant pastor and some others were reportedly injured by Justice Omoleye during the attack.

The incident happened during the church’s weekly programme called the Divine Encounter. Explaining what happened, an eyewitness said the judge dashed into the church’s building and began to film the congregation’s activities.

The source said: “This woman (Justice Omoleye) entered into the church alongside her security guard and she began to record a video of the worshipers with her mobile phone. Immediately, one of the presiding pastors saw her and went to inquire why was she filming congregational worshipers in the church. But she replied that she was on the church premises to record the activites of the worshipers as they always disturbed her peace. I noticed that the pastor was really not comfortable with her action but gave her the go-ahead to record the programme since it is a church. 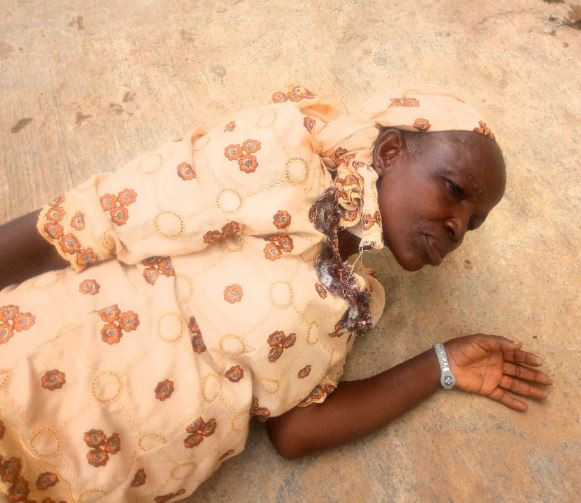 “But as a result of her action, many of the worshipers who attended the programme could not concentrate. And all of us was wondering what she was up to with the filming as she was busy recording our faces with her mobile phone. Just imagine, this woman stayed in the church and waited from 10 am when the programme started till 12 noon and busy filming the activity.

“She waited until the church was about to end its programme and again started to record the worshipers who were coming out of the church. The woman intentionally disrupted the church’s programme because she complained too much that we disturbed her peace with activities of the church.”

According to the source, one of the pastors challenged Justice Omoleye when she discovered that the judge was recording the church’s activities on her mobile phone.  “The Assistant Pastor, Akindunjoye, who is 68 years old was coming out of the church covering her face with her bag and asked the judge why she was recording her face and the people in the House of God. But she replied that she had recorded everybody because the church is a fake one while those worshiping in the place are all evil people. Later, she attacked our pastor and slapped her repeatedly on her face and the pastor fell on the floor with blood gushing out of her mouth. We had to rush her to a hospital,” he disclosed.

He explained that Justice Omoleye had complained about the disturbance caused by the church during its weekly programme and had attempted in the past to have the church relocated.

Awoyelu said: “It is true, the woman came into the church today and started filming with her mobile phone all those in the congregation who were worshiping.  “We did allow her to film because this is a House of God but she began to act unseemly at the end of the programme. Some of our church members had to challenge her on the reason why she had to start filming their faces again even after the programme. Instead, she armed herself with a big stick, chasing and attacking people in the church.

The Ondo State Police Command said it could not comment on the issue as it had received no report regarding the incident.