Singer Paul Okoye has shared screenshots of threatening messages he received from a Kenyan woman who seems to be following him on social media.

The lady who identified herself as Morah from Kenya, had written to Paul via her ”mother’s Instagram account”, asking him to sponsor her to study in the U.S. and also to send her on vacation in the same country. After Paul did not respond to her absurd request, the lady who says she’ll be turning 22 in July, began sending him nasty messages. In one of them, she threatened to kill him.

See screenshots of the messages she sent below 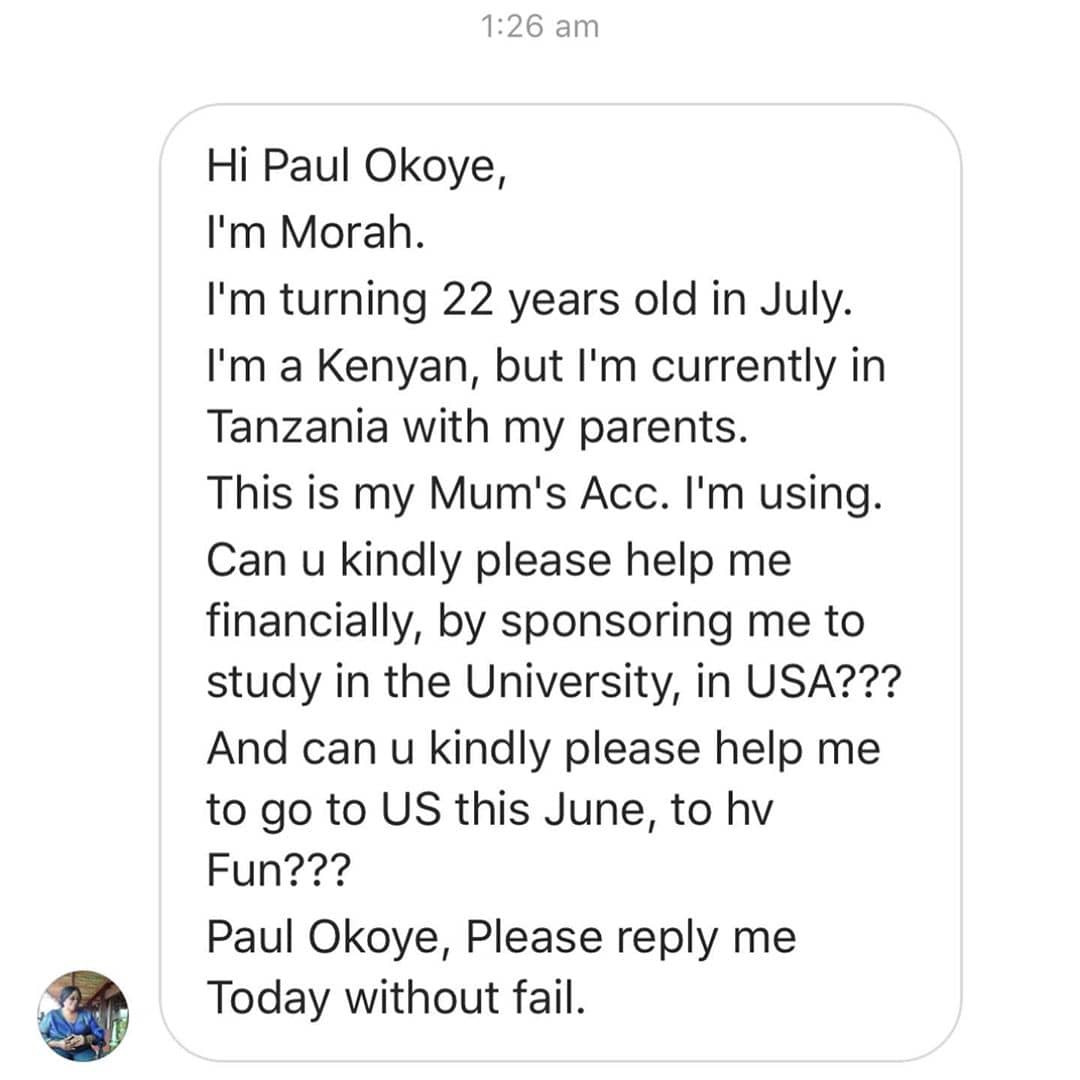 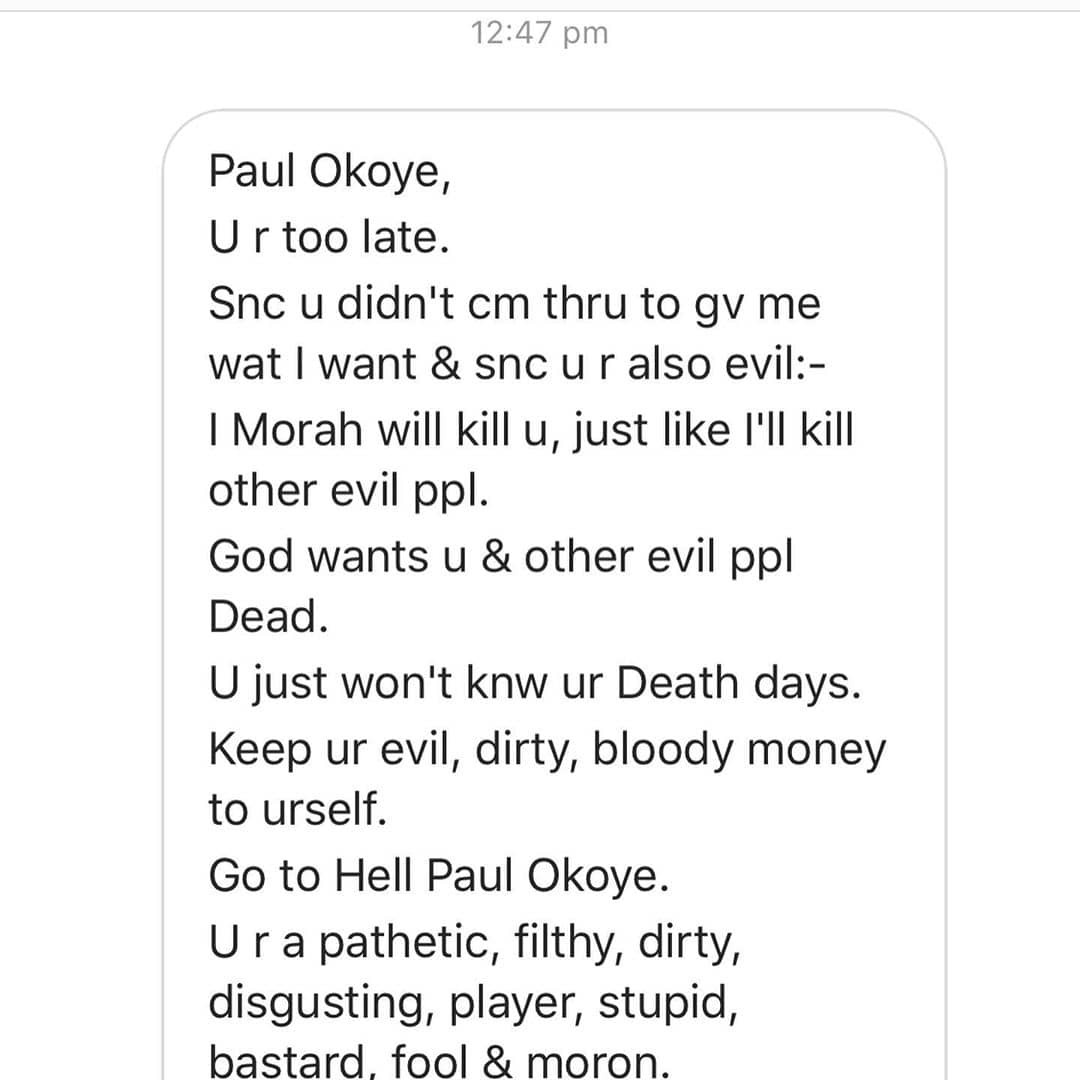 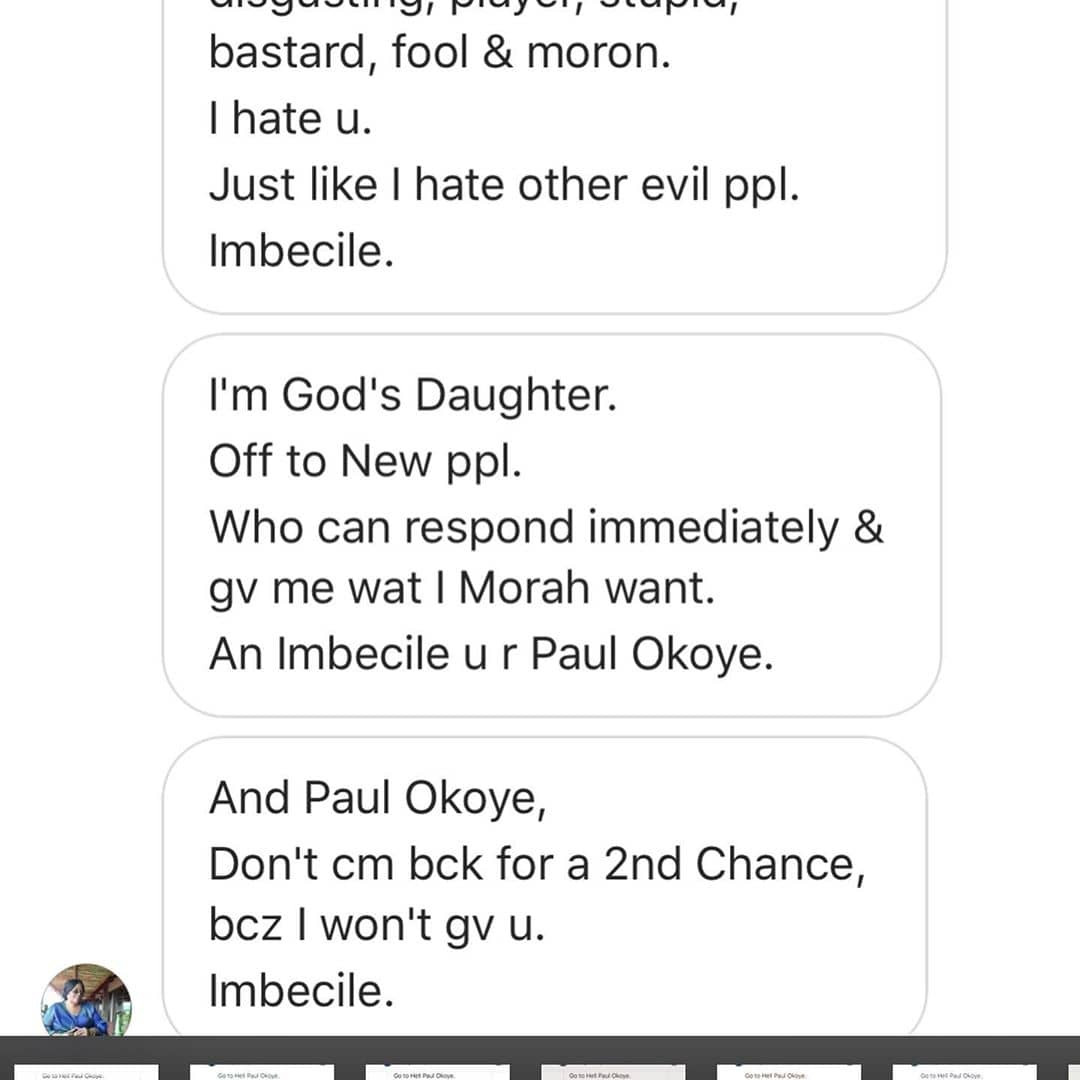 Senatorial election: Another court orders INEC not to issue certificate of return to Rochas Okorocha