Breaking News
Police declare former Minister, Kenneth Gbagi declared wanted...
‘Fourth Lagos Mainland Bridge will meet standard’
Nigerian man cries as he narrates what NCDC...
I am not Fela, leave me out of...
Education Secretary arraigned for fraud in school feeding...
Obasanjo never met Mimiko on support for PDP,...
Customs killings: My people may fight back, says...
#Debates2020: ‘Don’t use the word smart with me,...
Setback for 774,000 Public Works jobs take off...
Reps withdraw water bill as lawmakers clash
Home Entertainment Medical doctor strips to her underwear then jiggles her breasts as she prays for her followers (video)
Entertainment

A medical doctor is being called out on social media after she stripped down to her underwear to gain attention.

In the video, she is seen praying that her followers’ “cup of blessings will overflow”. As she says this, she bends her breasts and jiggles it, making her bra look like a cup from which her boobs are overflowing. 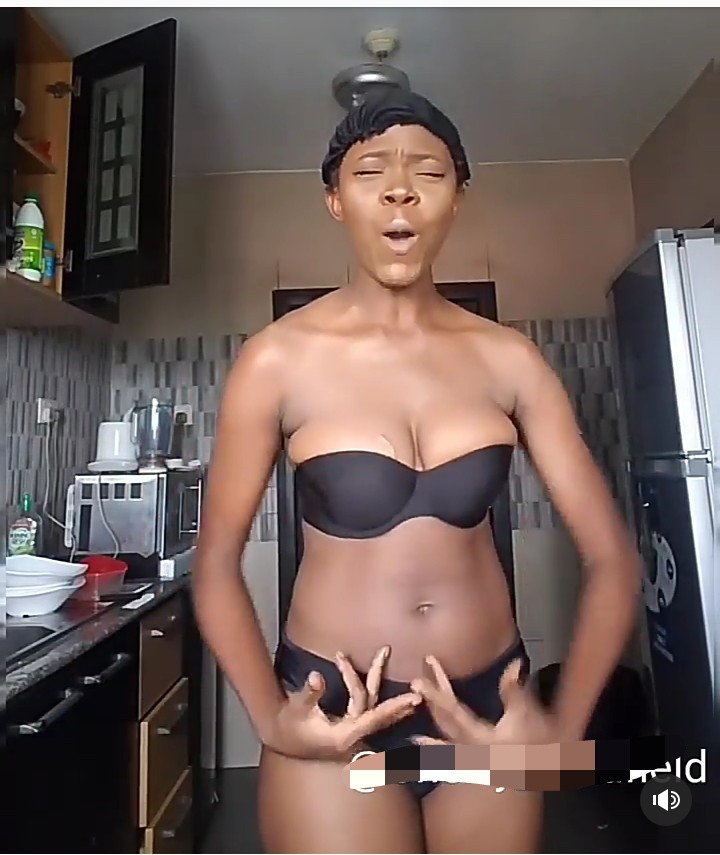 Web users were unimpressed and called her out for the video. Some threatened to report her to the Medical and Dental Council of Nigeria, MDCN. Another accused her of disgracing the oath of her profession for clout.

Watch the video and see comments below.

Davido Seen In The Studio Working With US Rapper, Ludacris (Watch Video)

INEC records over 1,689 law suits from the 2019 general elections