A woman was shocked when her security camera captured a mysterious creature on her driveway.

The creature resembles Dobby, the elf in Harry Potter,  and is seen walking beside a car in the driveway. At some point, the creature seems to clap its hands. 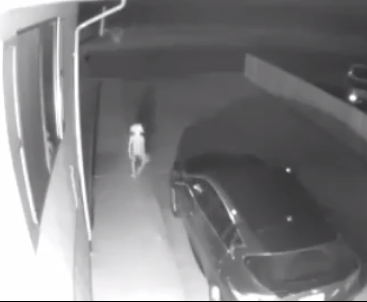 Sharing the shocking video to Facebook, Vivian Gomez wrote: “So I woke up Sunday morning and saw this on my camera and am trying to figure out…what the heck?? First I saw the shadow walking from my front door then I saw this thing….has anyone else seen this on their cameras?? The other two cameras didn’t pick it up for some reason.”

She also assured people that she didn’t alter the video. She asked that the media should use whatever technology they use to verify such videos to see that she’s telling the truth.

Web users are convinced the creature is an alien. Some say it looks like Harry Potter’s Dobby.

Below is the video, and also comments.

No More Excuses, I Am Happy APC Is Now Fully In Charge – Oshiomhole