Abuja based lady calls out Don Jazzy’s artists, Rema and D’Prince for refusing to ‘pay’ her after spending the night at their hotel rooms

An Abuja based lady identified as Samantha has taken to Instagram to call out Mavin artists, Rema and D’Prince.

According to her explanation, she was called to hang out with them at their hotel rooms in Abuja and she went with two of her friends. She claims they ended up spending the night with Rema and D’Prince but the musicians failed to pay them when they were leaving in the morning even though they are not ‘prostitutes’.

See her full story below…

So this guy who calls himself a celebrity barber said I should come down to maitama so we could chill with Rema ,Dprince and thier entire crew and I was like okays but am with 2 of my friends so I’ll be coming with them and he was like yes thier very much welcome on getting there at first it was chilled we were at Rema’s managers room I can’t even remember his name I think big Shaun or so then the next thing Dprince mavin walked in and this cris guy introduced him to us and yeah he chilled in the room for a bit the next thing he stepped out and we all went down shortly after that to take pictures with Rema after taking pictures we came back to Rema’s managers room and the cris guy asked to step out for a min with one of my girlfriend’s and he then told her Dprince said he likes her and wants her to come to his room my girl was sceptical at first but she later agreed we agreed normals on a pay for them cause one of them went with Rema’s manager the other with Dprince and they actually didn’t have s*x but they cuddled and shii yes my friends aren’t prostitutes neither are they street hoes they know thier worth because your a celebrity doesn’t mean they should throw themselves on you you literally kept asking to have my friend they are currently not having it and might not have the courage to call y’all out but I won’t let this die down so easily after y’all spent the night with them I came to knock on the Dprinces door by 4:30 Am he asked who it was I told him it was me he opened I said I wanted to see my friend for a min he was like ummm .. and I said just a min and he let her come with me I then told her I was tired I wanted to go home and sleep cause I missed the comfort of my own home she was like I should give her 30 mins she will be out by 5am let her go talk to Dprince I waited for another 2 hours before going to knock again then my friend was fast asleep Dprince answered and hissed like I was becoming a pest he didn’t open the door the second time so I went back to the room where my other friend and Rema’s manager where staying got my bag and the cash we had on us used the money to. 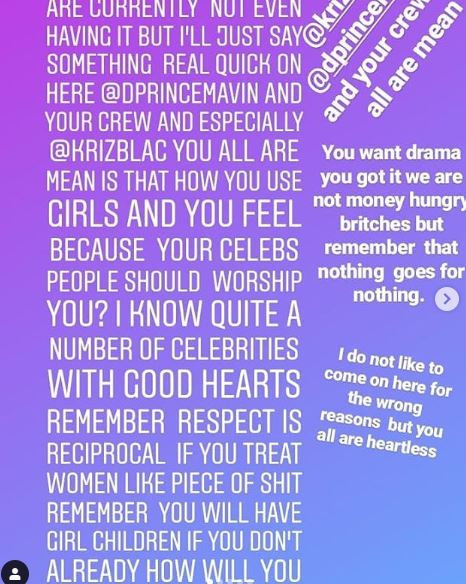 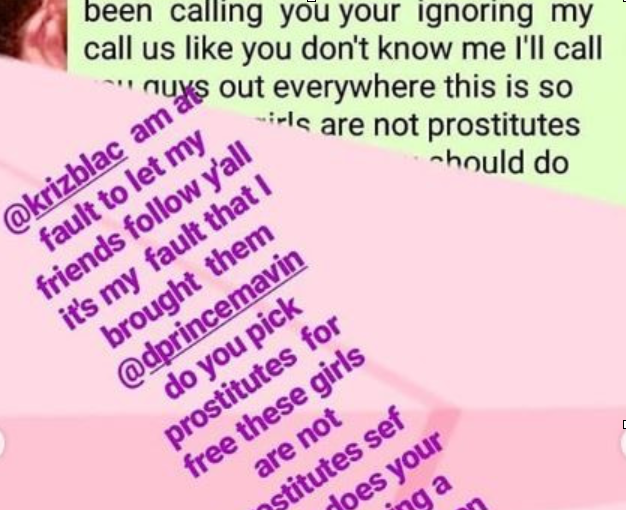 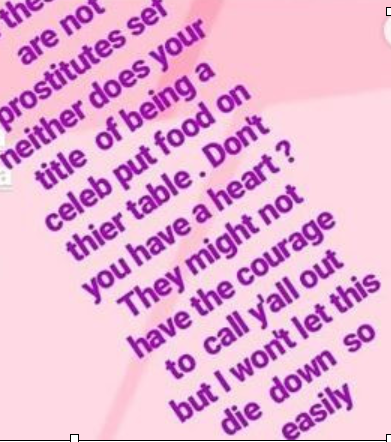 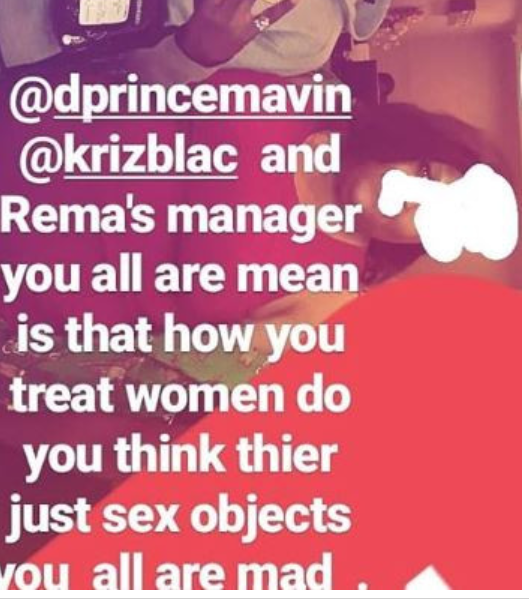