UK police have released picture of the British pilot who was arrested over the deaths of Argentinian footballer Emiliano Sala and the pilot’s his friend, David Ibbotson who he drafted in at the 11th hour to fly the plane that plunged into the English Channel.

64-year-old David Henderson from York was arrested yesterday on suspicion of manslaughter by an unlawful act following the doomed flight from Nantes to Cardiff on January 21 this year. 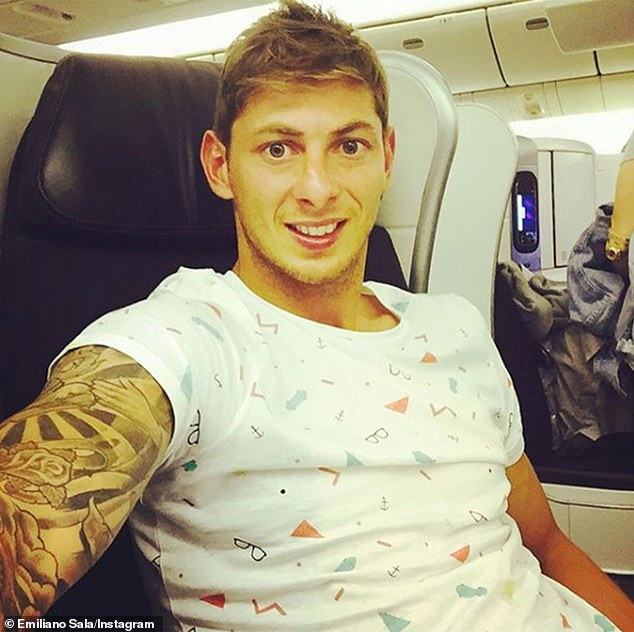 Dorset Police said Mr. Henderson was named as the pilot on the documents but he pulled out at the 11th hour. The French authorities initially feared he was dead since he was listed to fly the small plane.

The 28-year-old Argentine striker was killed when a small plane taking him from France to the UK crashed in the English Channel north of Guernsey on 21 January. Around two weeks later, the aircraft wreckage was found with his body still inside and it was then removed from the plane and brought to Portland Port in Dorset.

The plane was being flown by David Ibbotson, who had lost contact with air traffic control. The pilot is presumed to have also died in the crash but his body has not been found.  Sala had just signed for Cardiff from French club Nantes before the tragedy happened.

He was being flown by Mr. Ibbotson from western France to Wales to join the-then Premier League side when the Piper Malibu aircraft disappeared.

In a statement by Detective Inspector Simon Huxter, of Dorset Police, he said:

“We have carried out a wide-ranging investigation into the circumstances of the death of Mr Sala and continue to work with partner agencies including the Civil Aviation Authority. As part of this investigation we have to consider whether there is any evidence of any suspected criminality.

“And as a result of our inquiries we have today, Wednesday, June 19, 2019, arrested a 64-year-old man from the North Yorkshire area on suspicion of manslaughter by an unlawful act. He is assisting with our inquiries and has been released from custody under investigation.”

Breaking! FIFA to take total control of soccer in Africa on the eve of 2019 AFCON over alleged corruption in CAF

” It would be dangerous, reckless and counterproductive...

Human rights abuse, others may work against Nigeria...

Fulani: You can’t threaten us with war- Afenifere...