Manchester United has tied Marcus Rashford down until 2023 after England striker puts pen to paper on a new £300,000-per-week contract.

The 21-year-old will receive in excess of £200,000-per-week at Old Trafford but bonuses will take his wage up to £300,000. The long-term also have the option to extend his contract by a further year.

On signing his new deal, the talented England striker who has made 170 appearances for the Premier League club so far including 32 caps for England,  said: ‘Manchester United has been everything in my life since I arrived here at the age of seven. 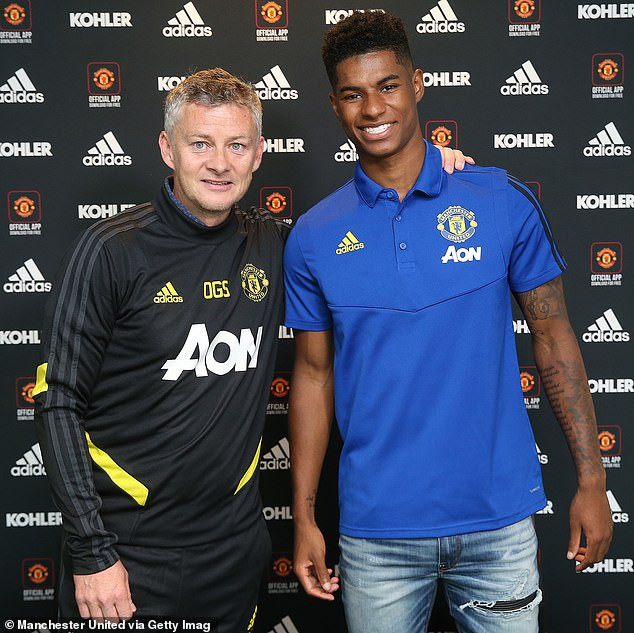 ‘This club has shaped me, both as a player and as a person, so it is such a privilege every time I get the opportunity to wear the shirt.

‘I want to thank Ole and his staff for everything they have done for me; they are the perfect group of coaches to learn from as I continue my development and look to push on to the next level.

‘I will be giving everything I have to help get this club back to where it belongs and deliver the success that our fans deserve.’