A nurse is currently facing backlash after she exposed the faces of HIV patients who came to receive their drugs at the hospital she works with in RIvers state.

Lillian Ejimbe, who has two Facebbok accounts, claims on one account to be a “nurse anesthetist” at St. Nicholas Anglican Church, Aluu, Uniport. In the other account, she claims she’s a staff nurse at St. Gregory’s Hospital.

She took to one of her Facebook accounts to share a photo of HIV patients waiting in the waiting room to receive their anti-retroviral drugs. 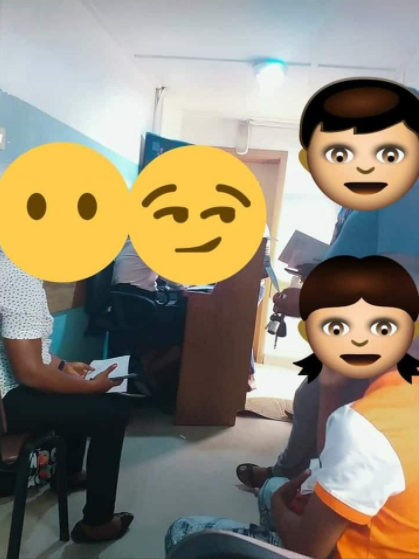 She went on to advise her Facebook friends to be careful who they have sexual intercourse with because most of the HIV patients look healthy and it’s easy for unsuspecting people to have sex with them without using protection. 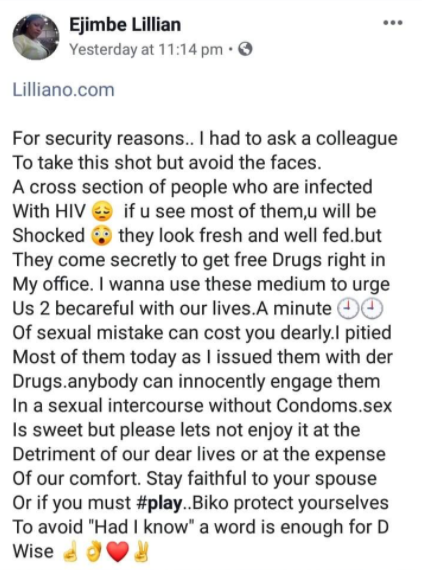 Her post generated backlash as people called her out for exposing their identities. 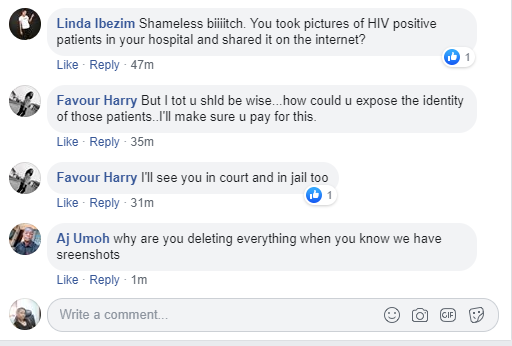 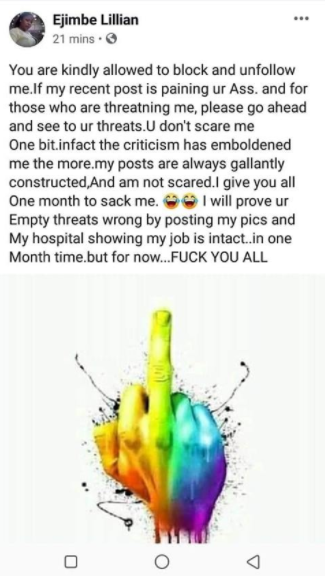 Following the release of the photos, St. Nicholas Anglican Church, Aluu, Uniport, released a statement condemning Lillian’s actions while distancing themselves from her. 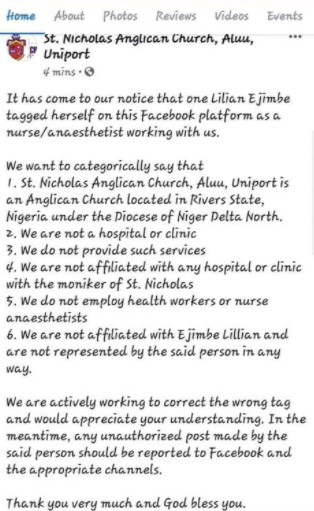 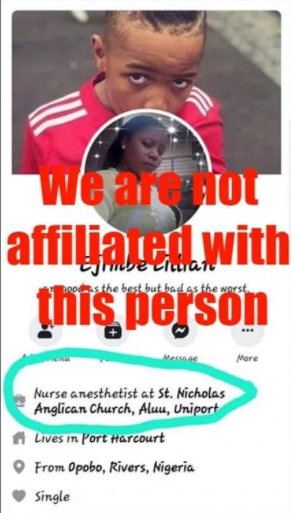