Yagana Musa just became the first Kanuri woman to become a Major in the Nigerian army and she was recently decorated by Chief of Army Staff, Lieutenant General Tukur Yusuf Buratai.

Major Yagana Musa who achieved the great feat is reportedly from Gwio-kura town of Gashua LGA , Yobe state. @lifeinarewa in its tweet wrote; 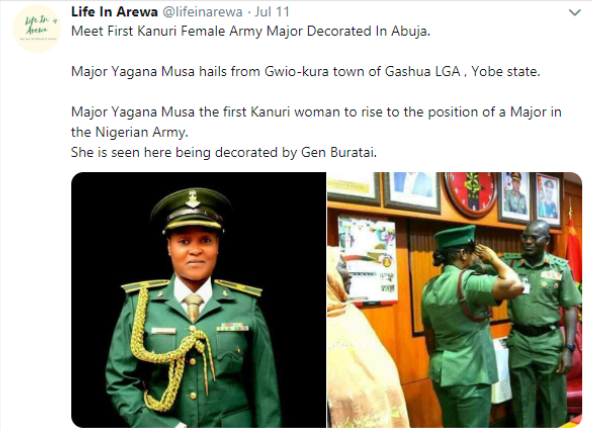 Many illegal immigrants will soon be deported from Nigeria – NIS