Calistus Anyichie, a Nigerian-born basketball player died on Sunday after he got drowned at Buttermilk Falls State Park near Ithaca, New York.

The sophomore student at Binghamton University, was a member of the University’s basketball team and was majoring in political science before his death.

The body of the deceased was found at the base of a 15-foot bank, after the Crews responded to the drowning at the 300 block of West King Road at upper Buttermilk Falls State Park at around 5 p.m on Sunday.

He had attended St. Mary-Assumption High School, where he played basketball for three years, was the team captain and was also selected all-conference as a senior. 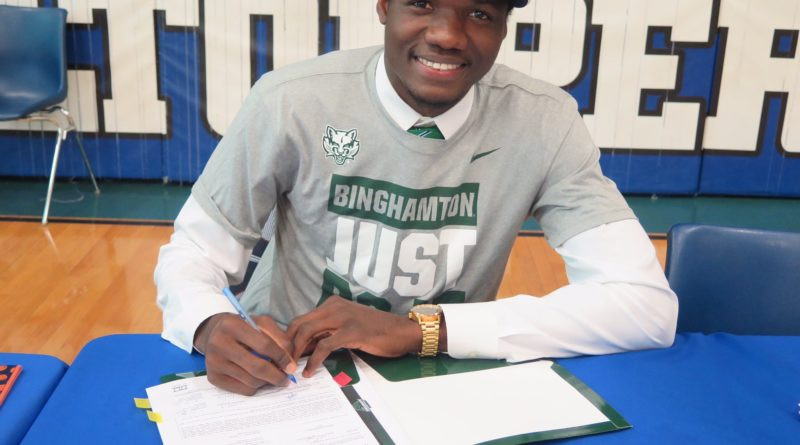 “There are no words. There is no blueprint for how to deal with such a painful loss,”  Tommy Dempsey, head coach of the Binghamton University men’s basketball team, said in a statement. “We all loved Calistus so much. He was such a special young man. We are devastated.”

It was also gathered that the Nigerian NBA prospect averaged 1.9 points, 2.1 rebounds and 9.1 minutes per game last season at Binghamton.