Twitter users have slammed Madonna after the singer shared photos of herself holding up a slice of watermelon to her black kids as their photos were taken.

Madonna has 6 kids, two biological kids, who are white, and four adopted kids -all black. Photos of her three black daughters were taken as a hand held up water melon slices to them, making it look like a watermelon top and skirts. 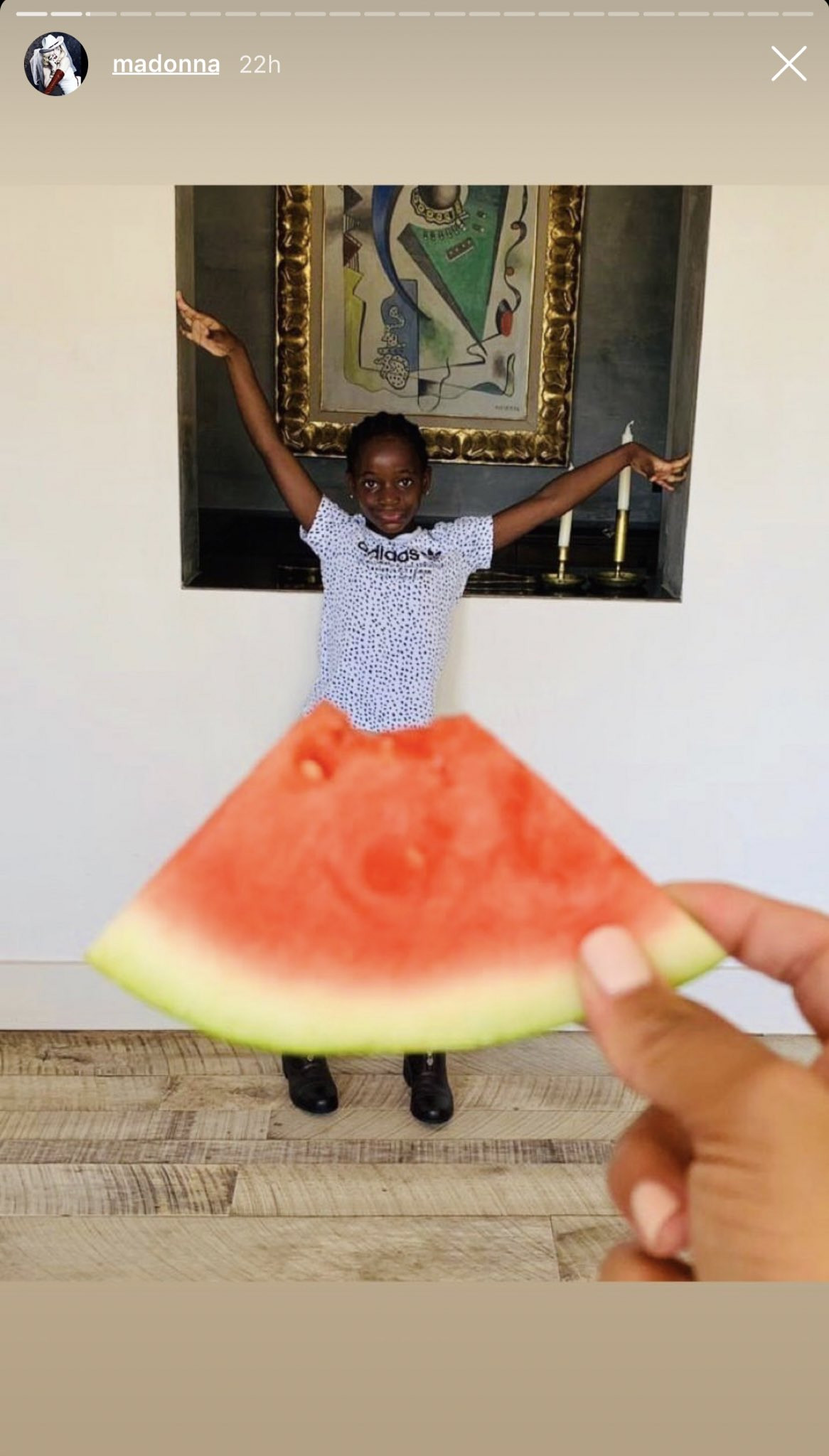 This did not go down well with Twitter users due to the racist history behind black people and watermelon. She was called out for her actions. 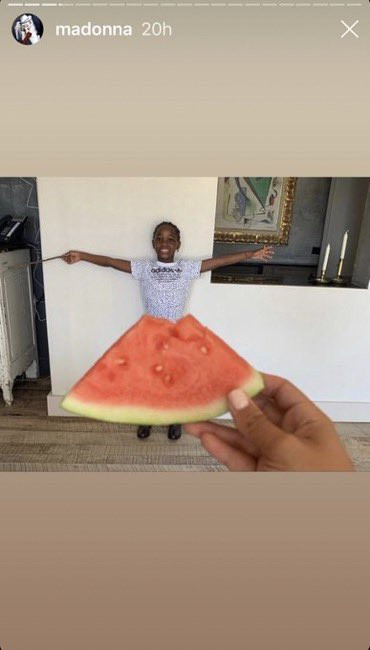 This isn’t the first time Madonna is accused of being racist. In 2014, she referred to her son as #disnigga and was forced to apologise after being called out for it.

She wrote at the time:

I am sorry if I offended anyone with my use of the N-word on Instagram.

There’s no way to defend the use of the word. It was all about intention…It was used as a term of endearment toward my son who is white. I appreciate that it’s a provocative word and I apologize if it gave people the wrong impression. Forgive me.”

Below are tweets calling her out for the recent gaffe. 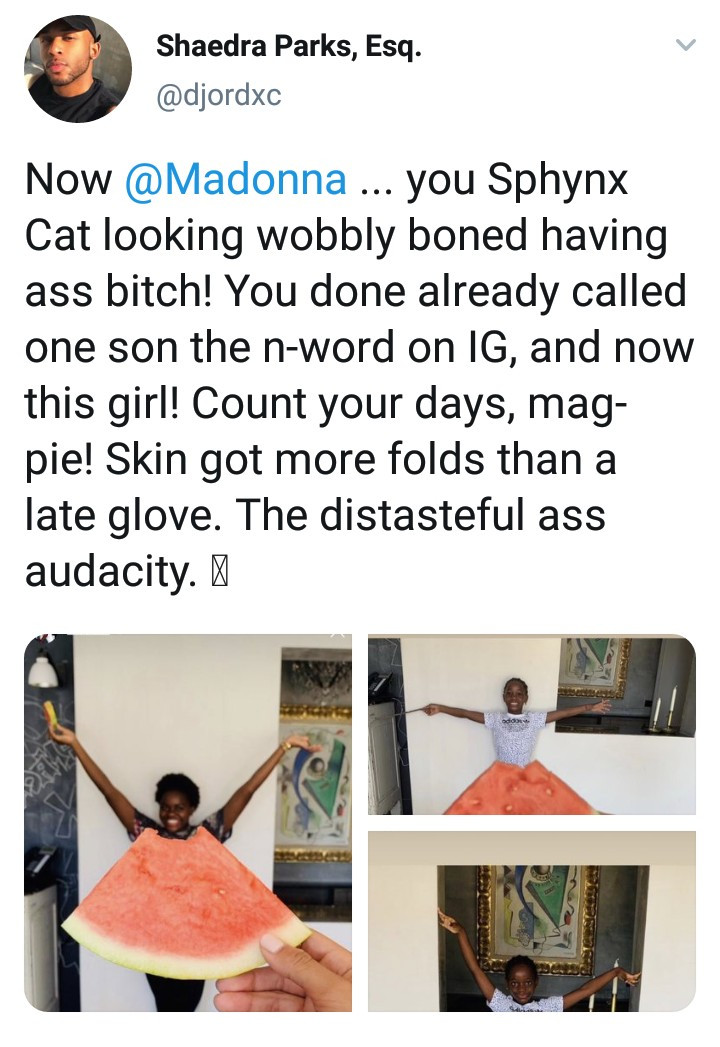 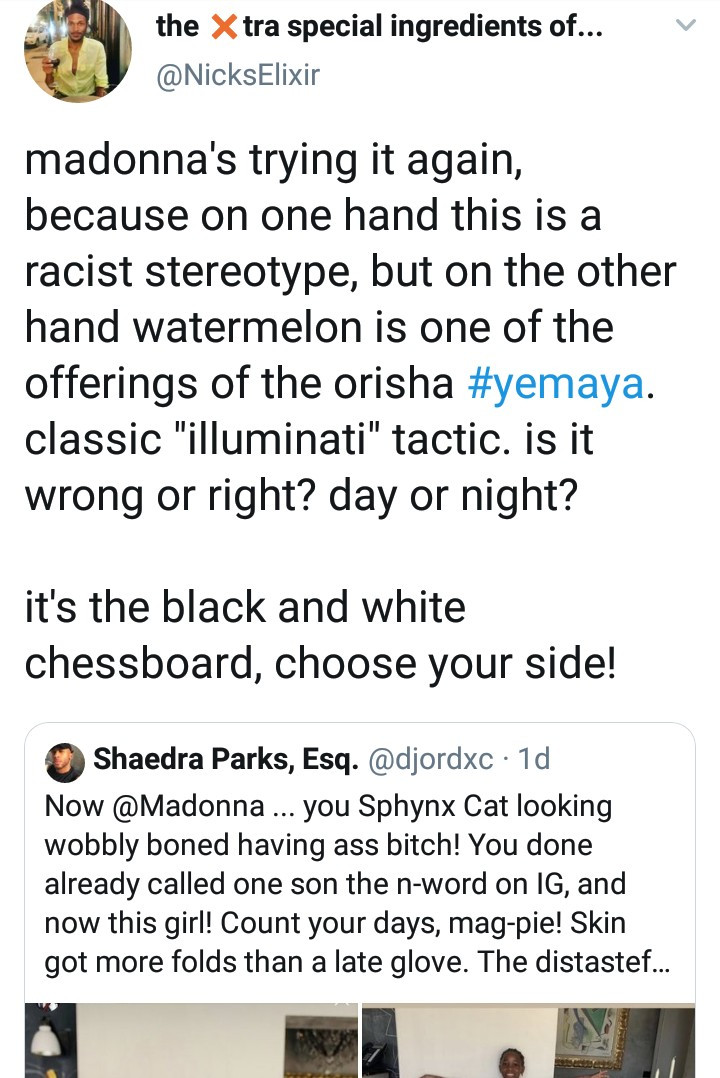 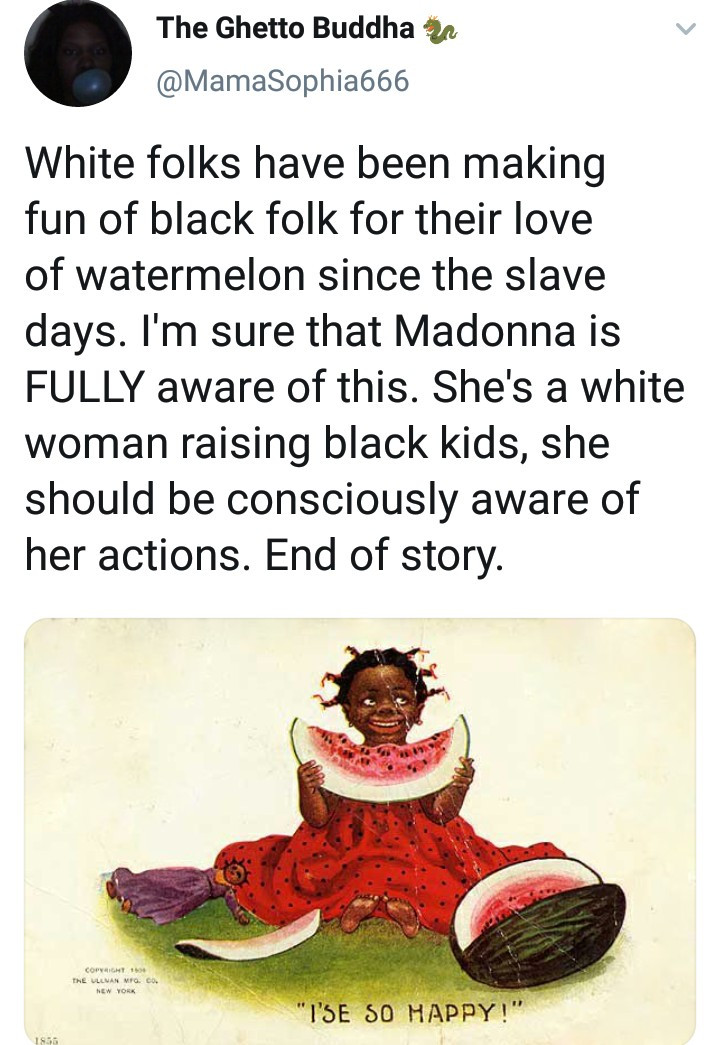 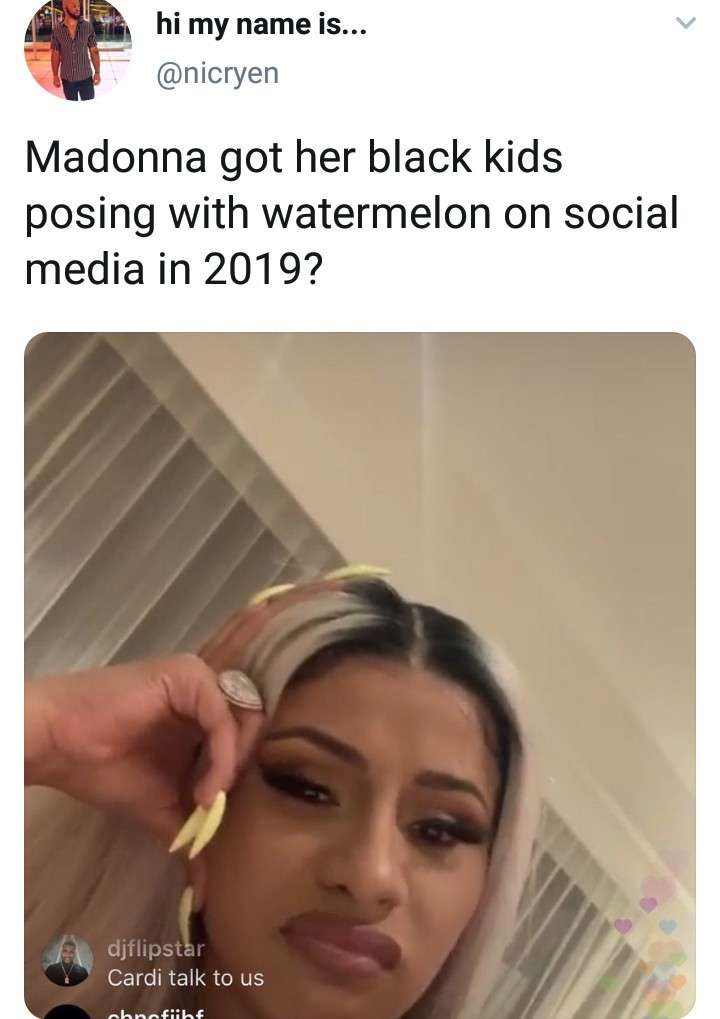 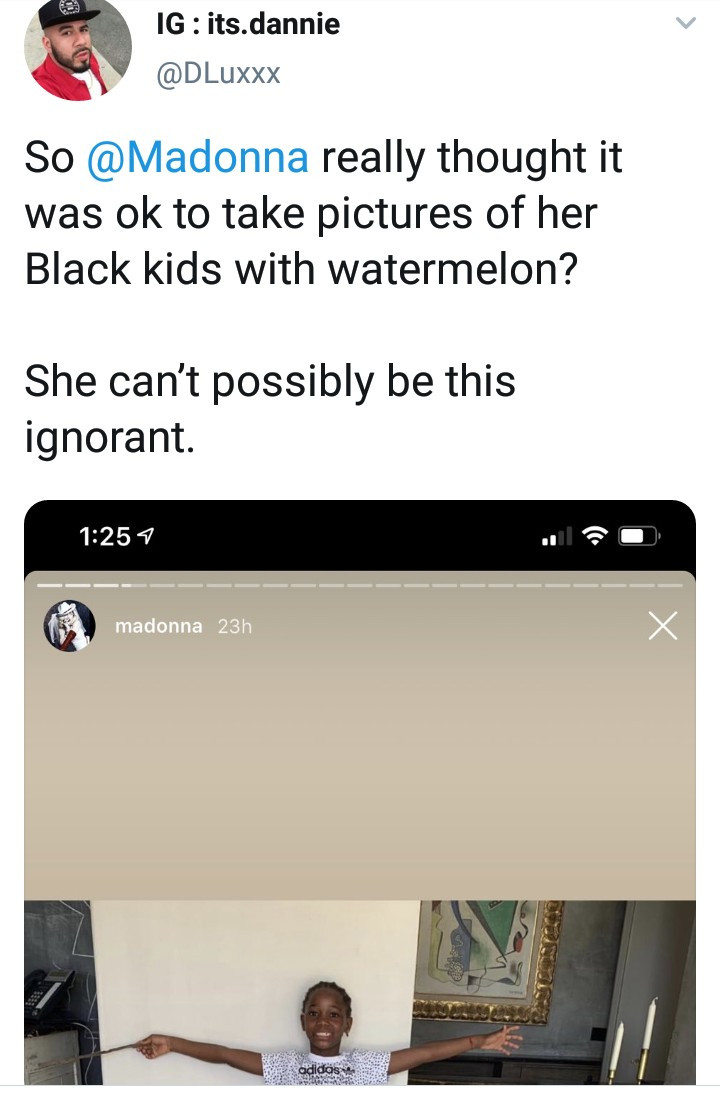 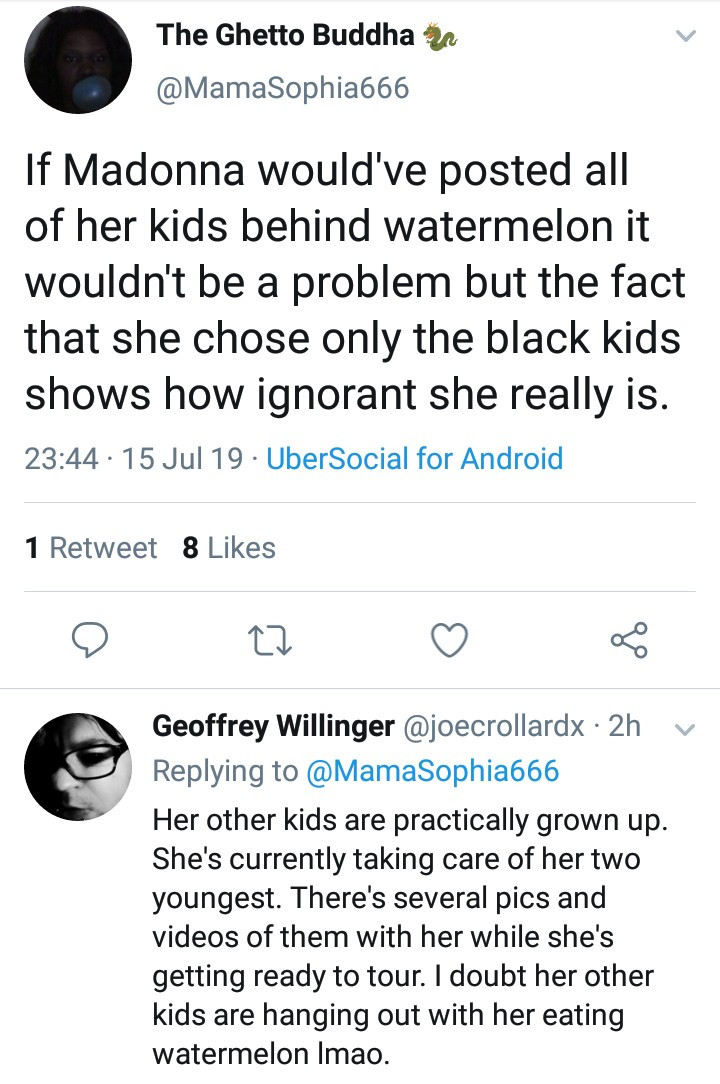 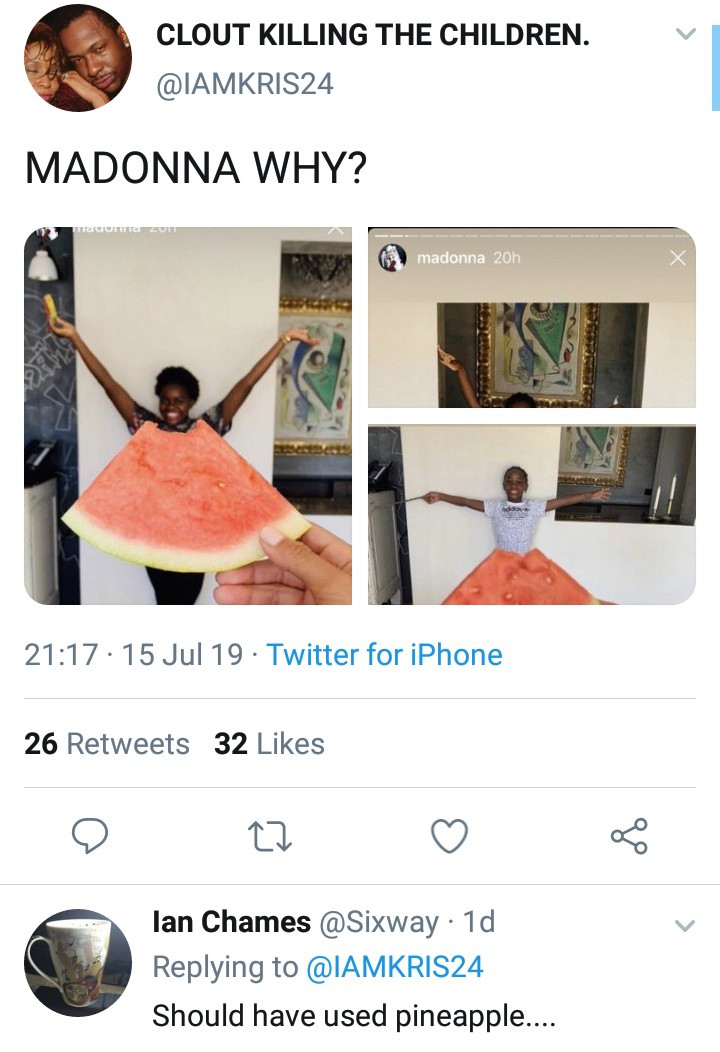 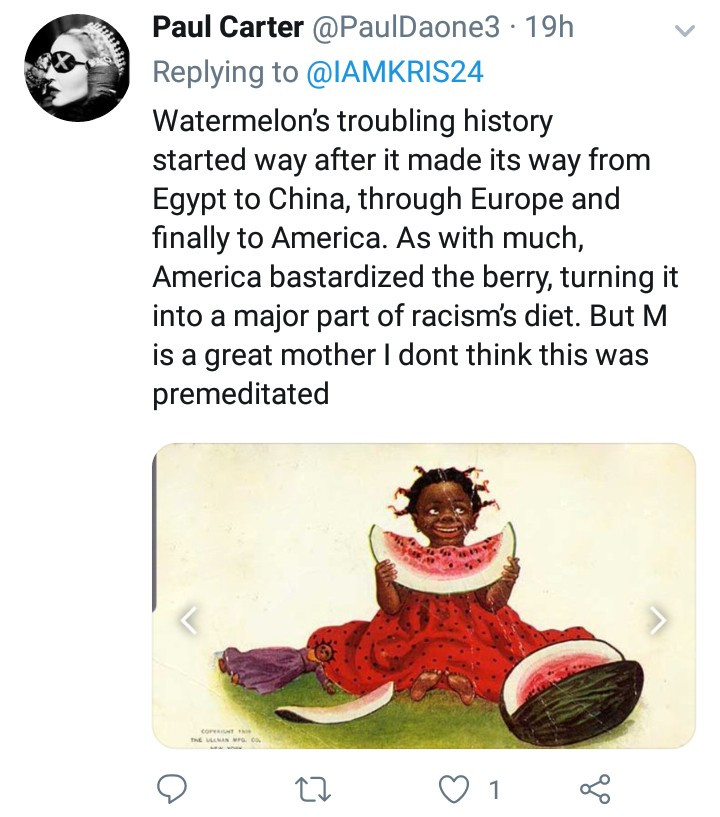