Bobrisky reacts to getting ‘arrested’ over N665k debt

Bobrisky has reacted to reports of getting ‘arrested’ today, over a N665k debt he owed a boutique.

The cross-dresser and Lagos socialite was reportedly ‘arrested’, over an alleged breach of endorsement agreement between him and the management of the bouqitue. However, after he signed an undertaking to pay N300k today and balance up later, he was granted bail at the police station.

Bobrisky in his reaction to the arrest report via Instagram, alleged that the lady behind his ‘arrest’ was pained that he dropped her contract. He added that she thought the ‘almighty Bobrisky’ will be detained by the police.

“Haters she is pained I drop her contract. She carry me go police thinking they will detain almighty Bobrisky . I’m not interested anymore” he wrote. 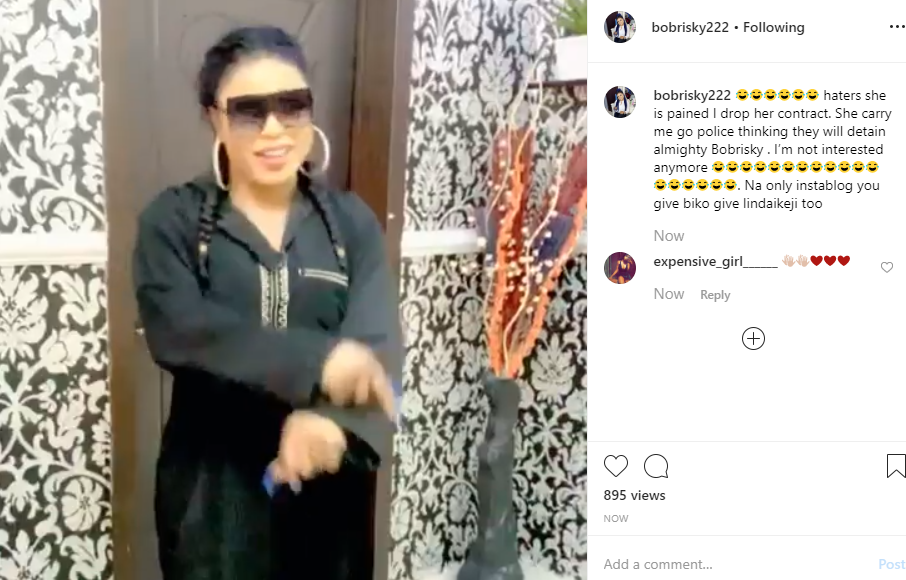