President Donald Trump has angrily lashed out at Sweden over the arrest of American rapper, A$AP Rocky, who is facing assault charges for a confrontation in June.

The rapper, whose real name is Rakim Myers was recently charged with assault causing actual bodily harm in Stockholm. He will remain in custody until a trial takes place.

Video clips shared on Instagram by A$AP Rocky show the rapper and his companions repeatedly ask two men to stop following them. The rapper wrote in a caption that one of the men hit a member of his security “in the face with headphones,” and reasserted that he was “innocent.” But, in another video posted by TMZ, A$AP Rocky appears to grab one of the men and throw him to the ground.

Another angle appeared to show the rapper and members of his entourage kicking and punching the man.

Taking to Twitter to react over the assault charges,  US President Donald Trump said Sweden has let the African American Community down over the confrontation case. He also demanded that A$AP Rocky is given his freedom, and even noted that the US has been doing so much for Sweden but it doesn’t seem to work the other way around.

See his tweets below. 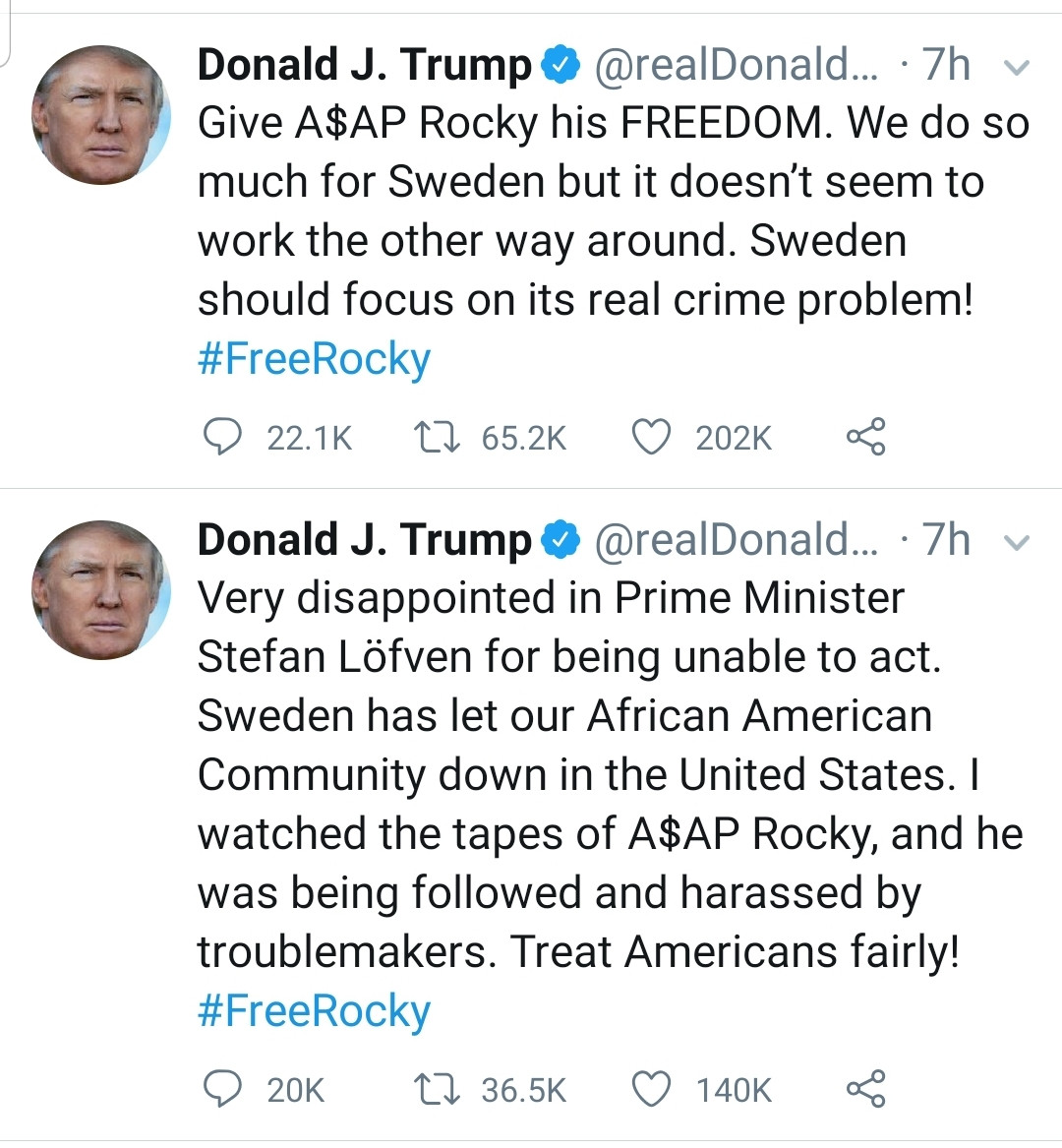