A policeman was caught on camera on Wednesday receiving a bribe from a motorist at Igboelerin along the Lasu-Ojo Expressway in Lagos State.

The eyewitness who sent in the photographs said it was a usual practice by policemen along that route.

He said, “They usually demanded between N50 and N100  from the commercial bus drivers.

“If a driver delays in paying, they will seize his car keys and keep the passengers, mostly Lagos State University students waiting for hours. 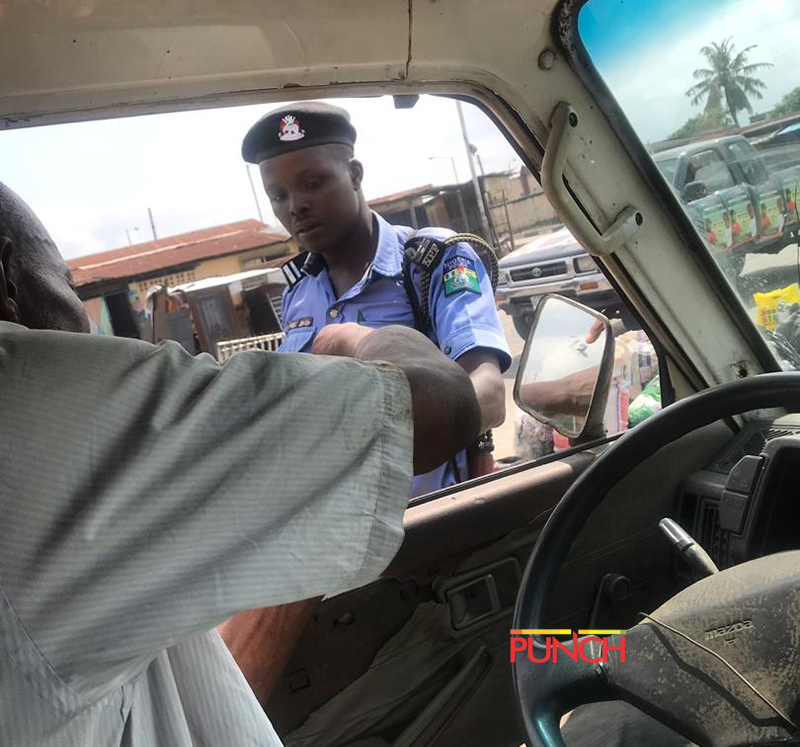 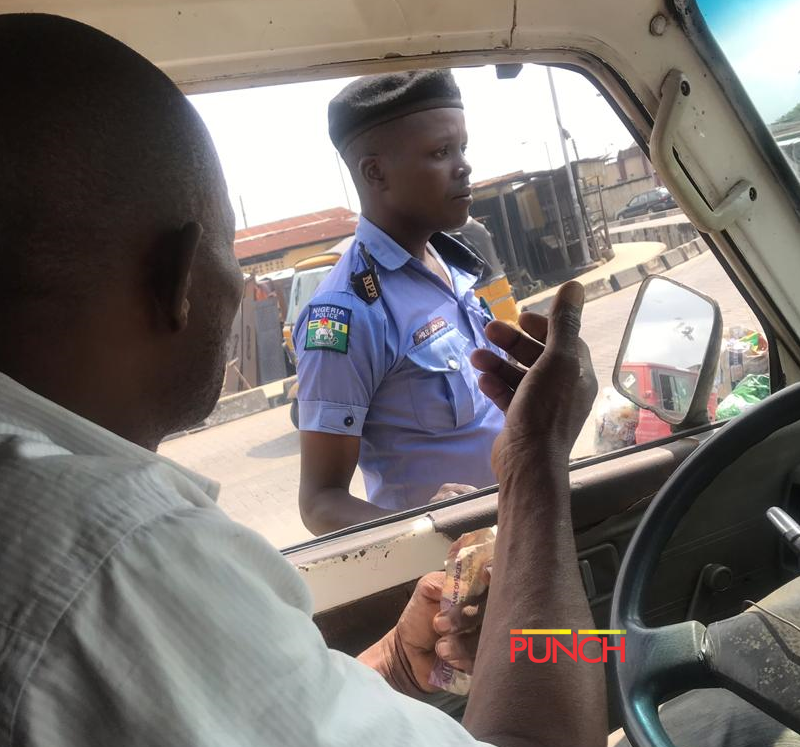 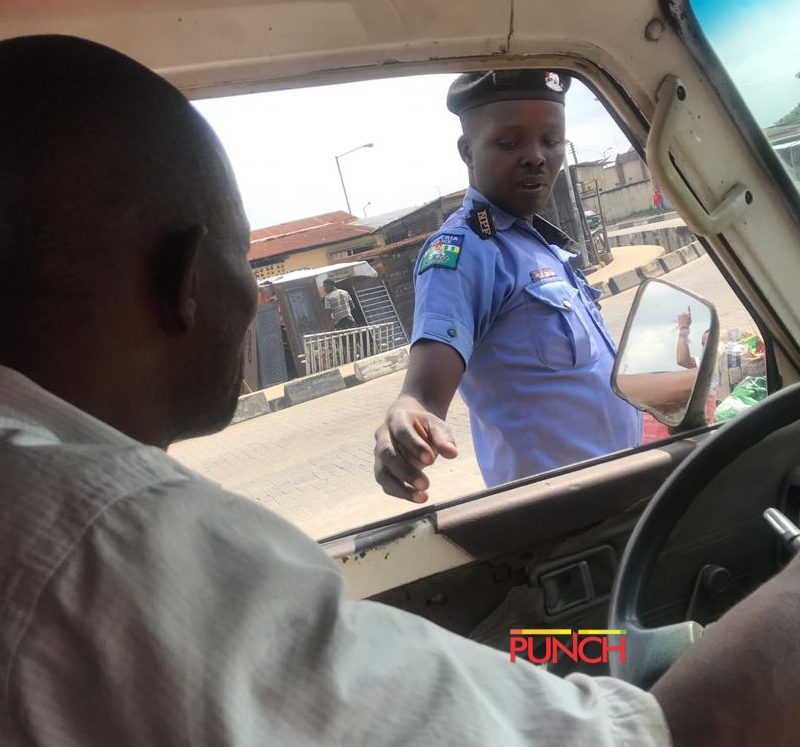 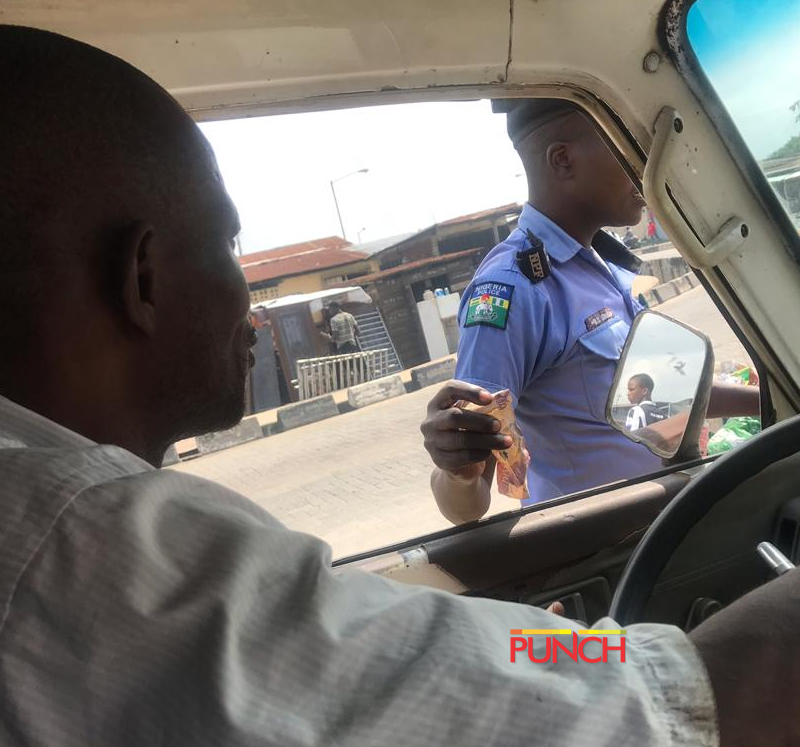