A group of hunters have killed 23 pilot whales as part of an old tradition off the coast of the Faroe Islands.

The hunt, known locally as a “grind,” takes place yearly to gather enough meet to feed the inhabitants of the remote Atlantic archipelago during winter.

On Friday, July 2 the hunters gathered in the bay of Hvalvik, a village on the island of Streymoy, to slaughter whales. 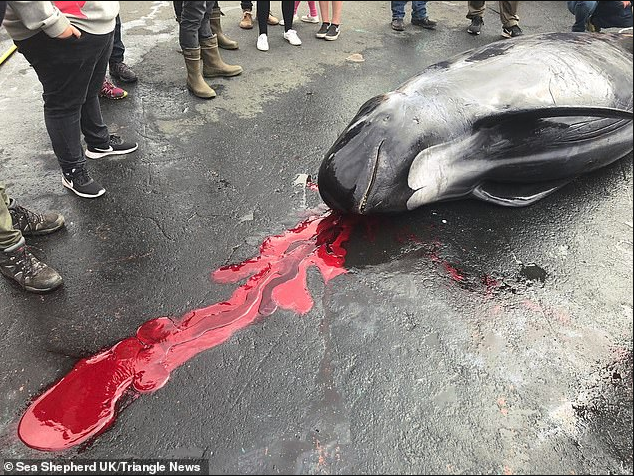 The sea turned red as the hunters butchered their preys. Photos from the scene show tourists watching the gory sight from a distance. 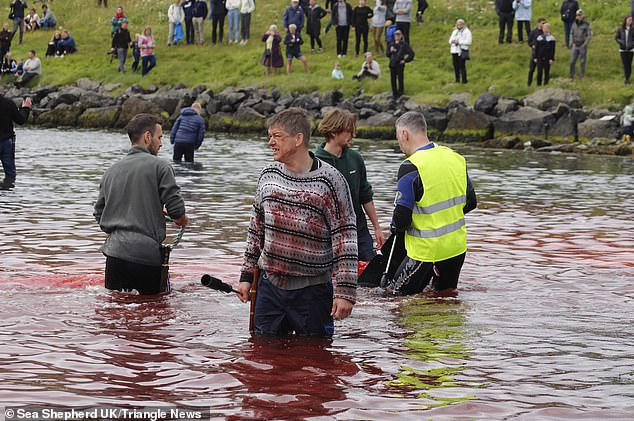 Environmental charity, Sea Shepherd, documented the killing and shared photos online as they called for an end to the hunt. Back in September 2018, Sea Shepherd offered the islanders one million Euros for 10 consecutive years to stop the whale hunts. But despite calls for the hunt to end, the Faroese insist that it is sustainable and regulated by law. 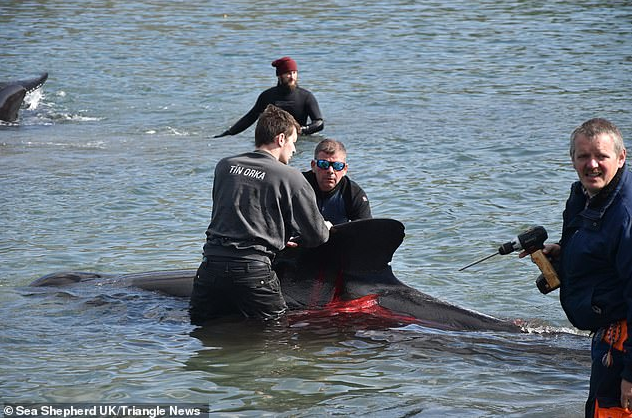 The charity said it is the 10th whale hunt on the islands this year, with 536 pilot whales slaughtered in total.

A spokesman criticised the social aspect of the hunt, saying: “More and more members of the public and tourists could be seen stopping along the coastline to watch the family of pilot whales struggle and resist. 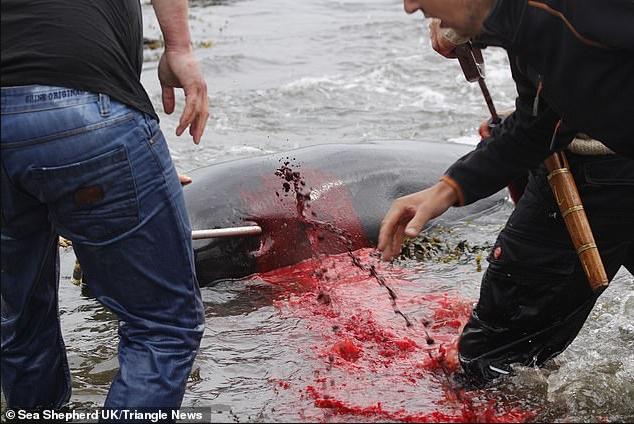 “As is often the case, the grind was swiftly becoming a social event with parents laughing and chatting as children played on the killing beach.

“The level of excitement was clearly growing as anticipation of the brutality came closer, epitomising the social aspect of the grind was the sight of a youth group – possibly a guides or scout group – sat eagerly watching and waiting.” 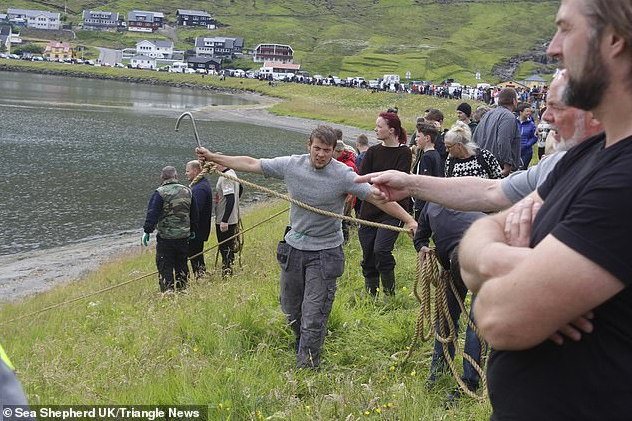 A charity spokesman added: “Grind participants ran cheering into the pod to start attaching ropes and pulling individuals out to begin slaughtering.

“Tourists watched on and snapped photos metres away from the dead whales.

“As the family were laid out on the docks the all too familiar and disturbing images of children jumping on and playing with the dead could be seen,” 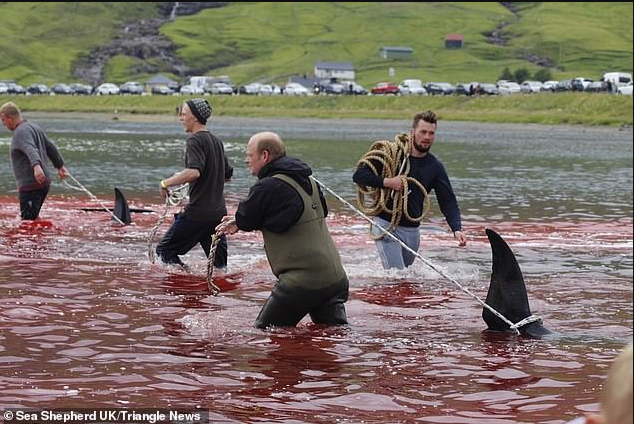 One harrowing photo from the hunt shows an unborn calf, being cut from its mother’s womb.  A small foetus was also said to have been removed. 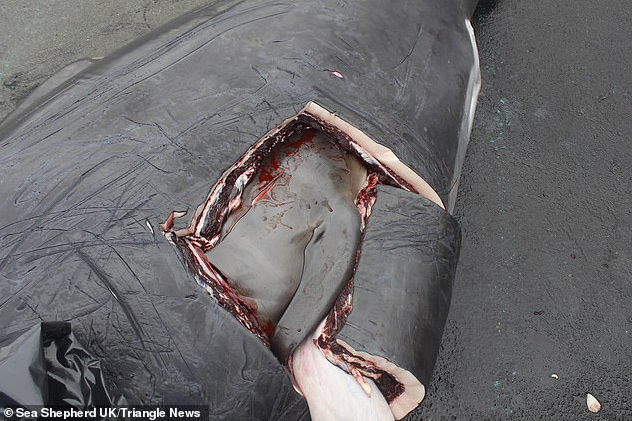 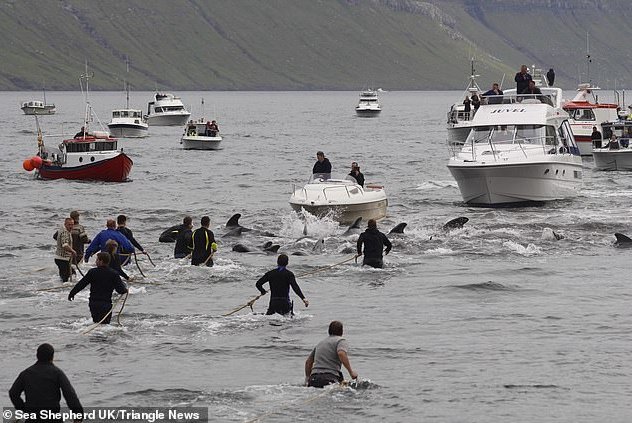 I want people to get used to seeing boobs – Nigerian actress and ‘Shuga’ star, Helena Nelson bares her boobs on Facebook live ( 18+ video)

Clarion Chukwurah gushes about working with her son, Clarence Peters