Dolapo Badmus,  Zone 2 Police Public Relations Officer has given an update on the search for the woman filmed flogging a boy and putting him in a cage with dogs.

We reported earlier that Nigerians have been calling for the lady to be found and punished after the video went viral on different social media platforms.

The Police spokesperson confirmed that a search has been intiated and also assurred Nigerians of the police’s unrelenting effort to unravel and get justice for the maltreated young boy. Dolapo Badmus wrote;

@funkejenifaakindele and @lindaikeji called my attention to this, I was almost believing it’s a movie scene because I cant imagine someone could be this callous! That any human being not to talk of an underage will be tossed like a ball to the dungeon of dogs is heart wrenching! I can’t really comprehend….this is barbaric, it belongs to the ancient unguarded era of slave trade and wont be allowed to resurface in this new era….thankfully weve been working with some good samaritan to unravel this sad occurrence.. @do2dtun has been very supportive in getting to the root and we are close to it, I trust police to unravel and get justice for these young boy that was maltreated! 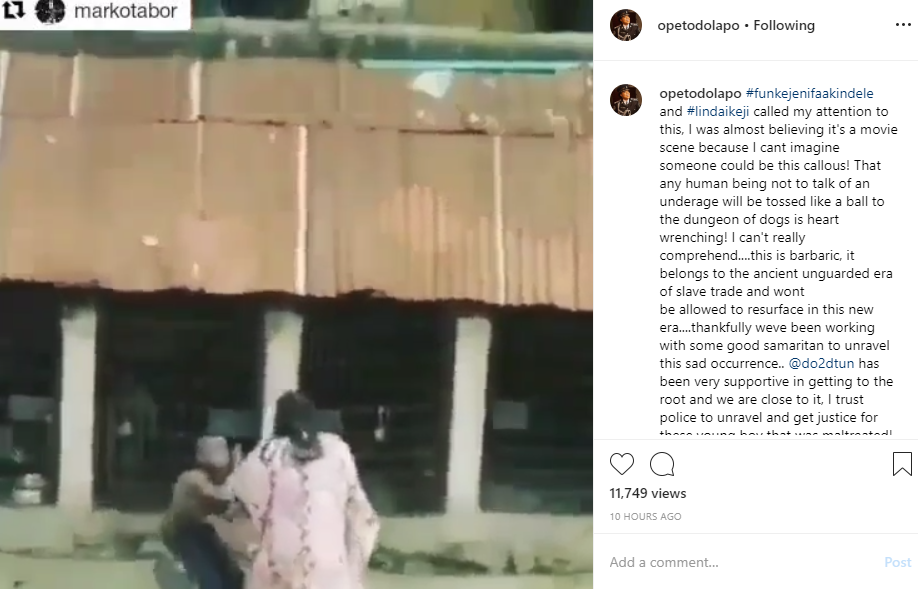 R. Kelly charged with prostitution and solicitation involving a minor in Minnesota