A Nigerian man took to Facebook to lament over the dilapidated state of the National Library  which he said left him confused upon getting there.

The Facebook user alleged that the Central Area Abuja is the most expensive district in FCT but the National Library Headquarters is arguably the worst building in the area.

Ozii Baba Anieto also said the building looked like the Onitsha Police Barracks of the 80s as its frontage is occupied by food vendors cooking right inside the building.

When the taxi stopped me in front of the structure, I refused to pay him. This could not be my destination. I plainly told him I was going to the National Headquarters.

The taxi driver was not in the mood to fight back, he could tell that I was defeated by the sight that saluted me.

‘This is the only National Library I know in central Area,’ he confusedly said. ‘Call the person you want to meet let’s confirm if there is another.’

‘That’s the problem with you. If you don’t know a location, you should simply say you don’t know. This stress you are putting me through is avoidable.’

I was confronted by his claim, that’s when I decided to call.

‘Ijee, please I don’t know where this guy dropped me. It looks like Onitsha Police Barracks of 80s. Even the frontage is occupied by food vendors that are cooking right inside the building.’

‘Yes. Thats the National Library. Come inside and wait for me at the reception.’

(Central Area Abuja is the most expensive district in FCT. The National Library Headquarters, arguably, is the worst building in that district) 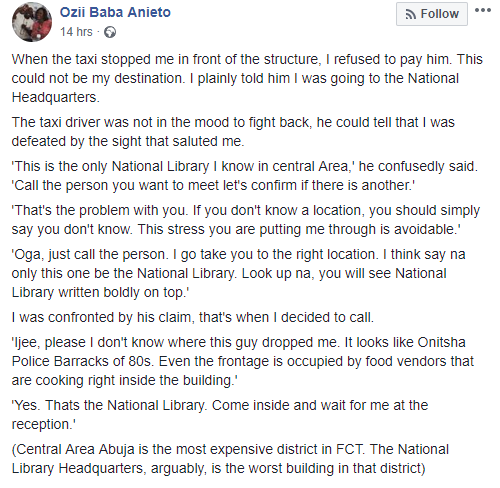 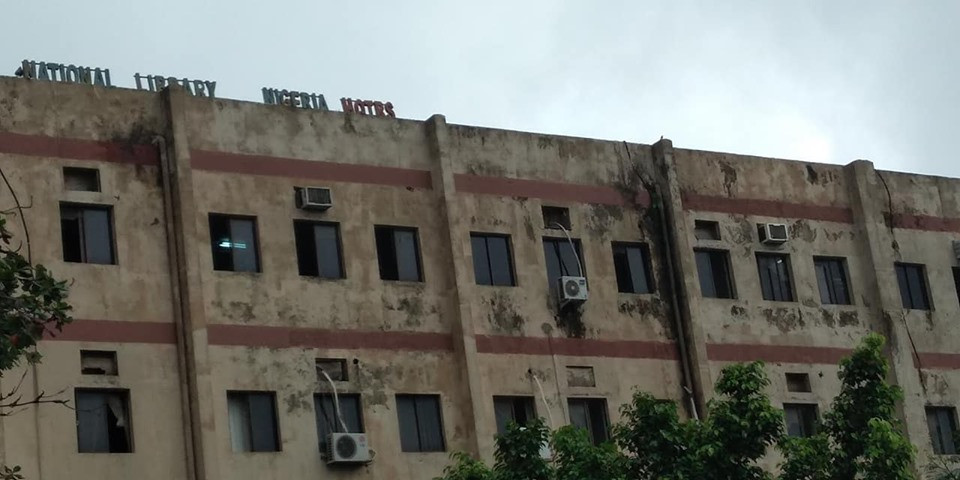 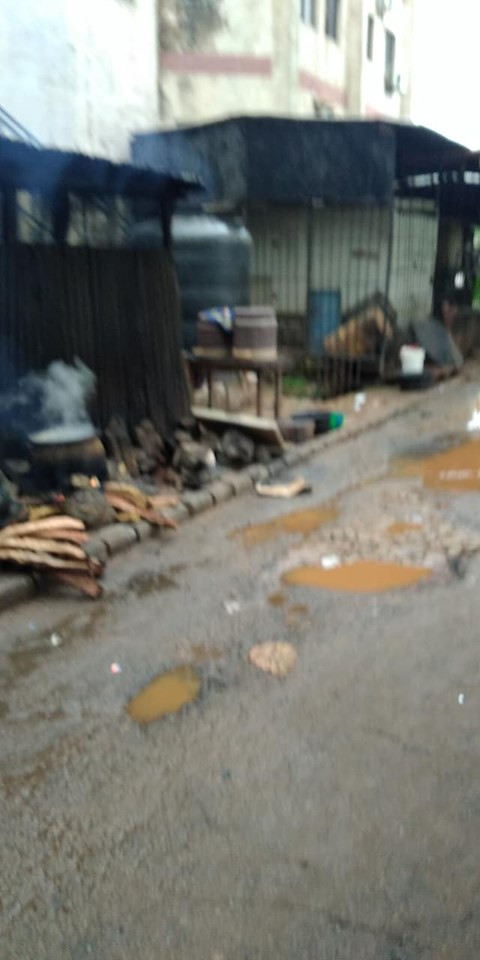 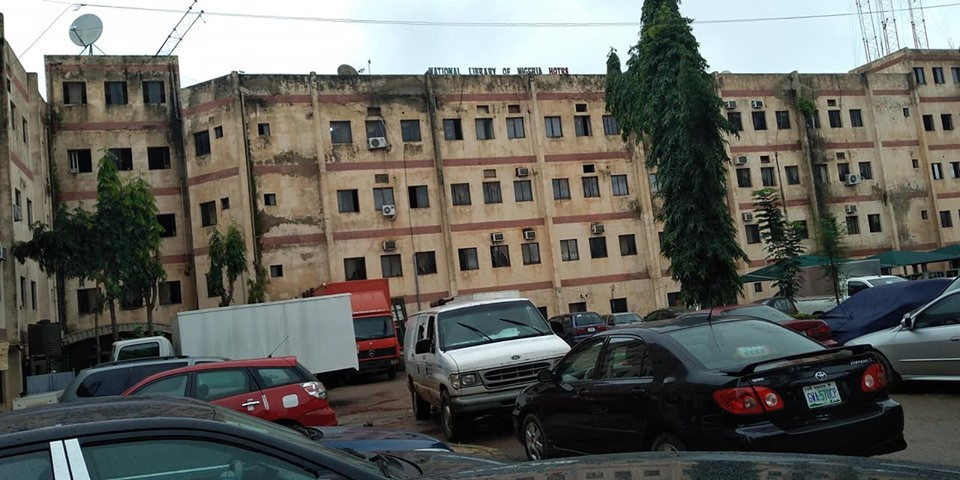 Update: Brazillian gang leader who tried to escape from prison by dressing up as his teenage daughter found dead in his cell