Anambra Pastor, Prophet Odumeje denies saying he will walk on water on August 19

Prophet Emeka Odumeje, the Anambra-based Pastor that made headlines over claims of replicating one of Jesus’ miracles by walking on the River Niger on August 19, has denied boasting of such.

It was reported that the General Overseer of the Mountain of Holy Ghost Intervention Deliverance Ministry had invited journalists and Nigerians to come witness the “miracle”. 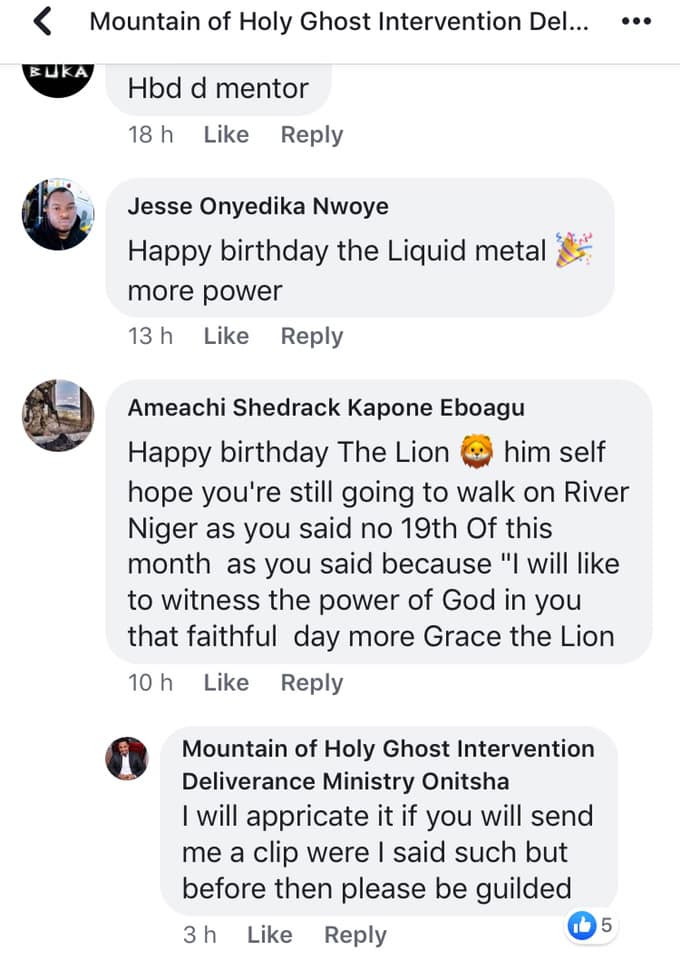 Insecurity: Wole Soyinka calls for state of emergency in south-west