Dolapo Badmus shares first photo of the woman filmed flogging a boy and locking him in a dog cage, confirms her arrest

Dolapo Badmus, the Zone 2 Police Public Relations Officer has corroborated OAP Dotun’s claim of arrest of the woman filmed flogging a boy and locking him in a dog cage.

Recall LIB reported that the media personality said the woman was arrested on Wednesday August 14. Dotun also revealed that the woman will be prosecuted, while the boy has been placed in a shelter till the case is resolved.

Confirming the arrest via Instagram, Dolapo Badmus thanked everyone that cooperated with the police in getting to the root of the matter. She wrote;

Last week we got a report of a lady that beat a young lad and threw him into dungeon of dogs! As I got the information through @funkejenifaakindele and @do2dtun, the domestic violence response police team of Lagos State command was activated! The team went into action and the lady was consequently arrested,.

The video is that of the cage where the lady threw the boy after that merciless beating!
The suspect is in custody and will be charged to court….The boy (an orphan) has been rescued and kept in a shelter with Lagos state government!

I appreciate everyone that cooperated with the police in getting to the root of the matter! 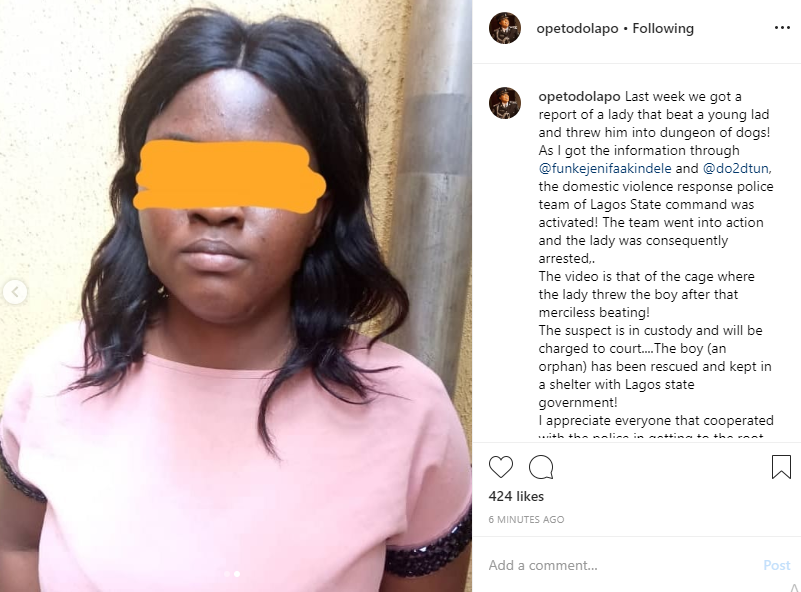 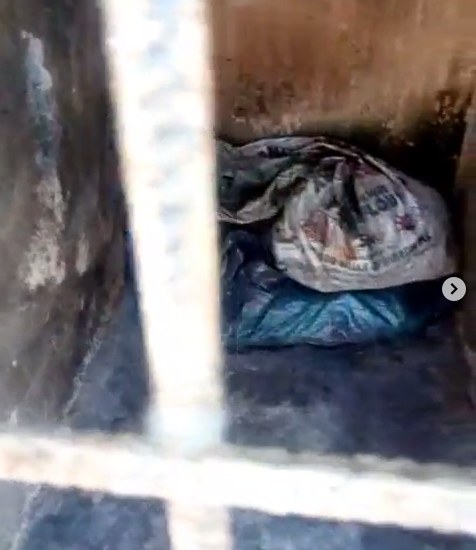