A video going viral on Twitter shows a wife spraying her sleeping husband with 500,000 Naira to wake him up on his birthday.

In the trending video, the woman can be seen holding a bundle of 1,000 Naira notes as she stood by her husband’s bed. A hype man can be heard doing his thing while the popular One One Billion by Onyenze nwa Amobi played in the background. 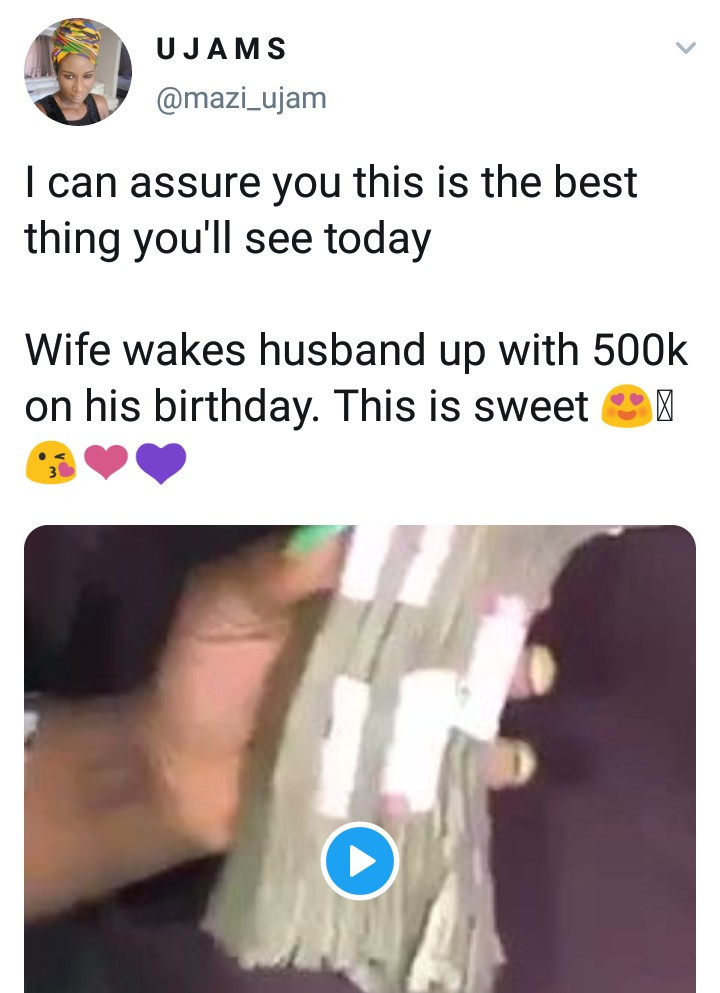 The husband was in a deep sleep and slept through the hype, music, and money landing kn his body. He eventually woke looking confused to ask his wife, “what happened?”.

When he was told it’s his birthday, he said “oh” in surprise.