Kate Henshaw demands justice for actor, Sunusi Oscar, who was allegedly sent to prison for releasing a music video on YouTube without permission from Kano Censors board

Kate Henshaw has called out the Kano state government for the unjust arraignment in court and detention of one of her colleagues, Oscar Sunusi.

Kate in a post shared on her IG page, alleged that Sunusi was arraigned for releasing a music on youtube without going through the state Censors board. He was summarily sent to prison by the presiding judge. Kate says details show that the state governor, Abdullahi Ganduje, has a hand in Sunusi’s travail. 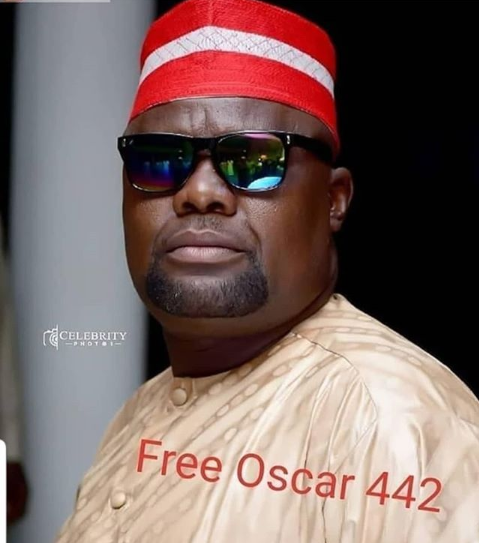 This is Sunusi Oscar, a Hausa movie director. The Kano State Censorship Board headed by Ismaila Afakallah arrested him, took him straight to court and the judge refused him bail and Oscar was sent straight to prison..

Sunusi told the court, he was just the director of the videos, he is neither the artiste, producer/marketer who distributed the said videos.

Info reaching me is that his refusal to support the current administration of Ganduje is the reason behind this…..

This is so so wrong and condemned in entirety. .
Injustice to one, is injustice to all… 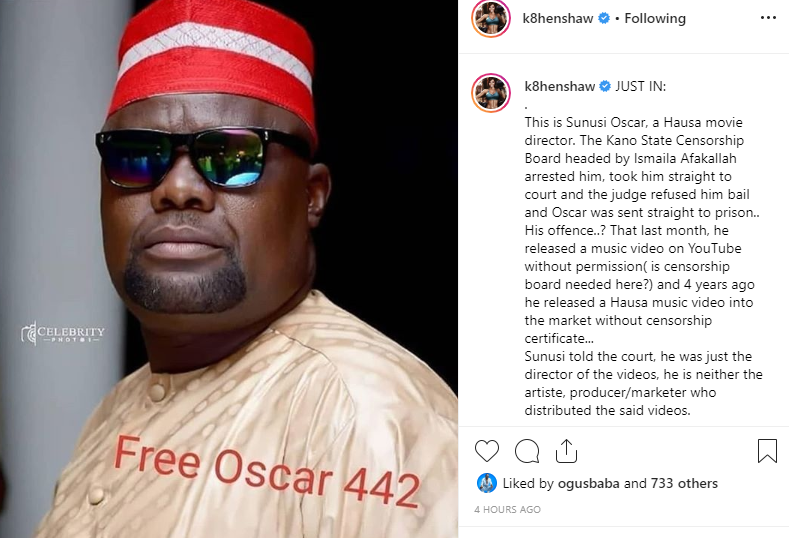