Pregnant Wumi Toriola has raised an alarm after a fan of her “arch-enemy” Toyin Abraham wished her death in childbirth, barely 24 hours after sheathing her sword to congratulate her colleague and her husband Kolawole Ajeyemi on the birth of their son.

Wumi in an Instagram post shared earlier, stated that ‘children are heritage from the Lord’ as she congratulated Toyin Abraham and Kolawole. She wrote;

Children are heritage from the Lord,offspring a reward from Him .psalms 127 vs 3.congratulations to the Ajeyemis @toyin_abraham on the arrival of their Prince ,God bless the new born .

However a heated exchange which ensued after she shared a photo with Seyi Edun who is dating Toyin Abraham’s ex-husband Adeniyi Johnson, had a Toyin Titan (fan of Toyin Abraham) wishing her death in childbirth. She also “warned” Toyin to allow her have her own child in peace, since she is also a mother now. 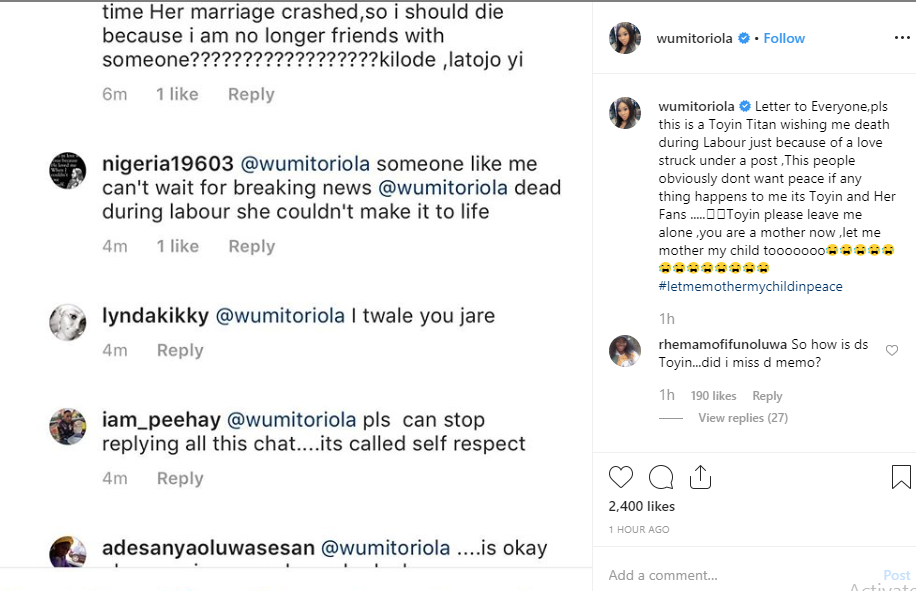