A Kenyan gospel singer, Nicah the Queen was forced to take down a bikini photo she shared on Instagram after suffering a backlash.

The photo she shared came with a caption which suggested that she was trying on the bikini before heading out for a swim.

“I know it’s not about them but the day before I shaved I got myself a bikini … go swimming or just leave it. It’s never that serious” the gospel singer captioned the photo. 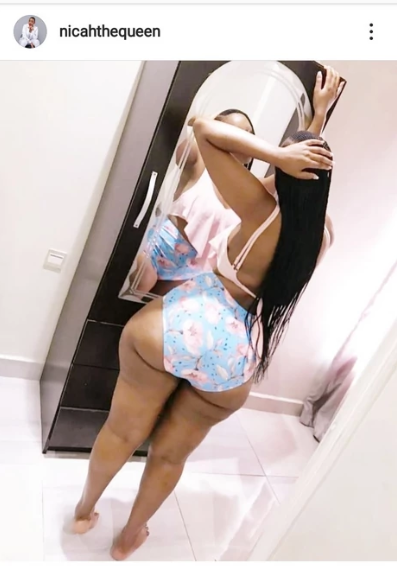 The photo led to a heated exchange between Nicah the Queen and some of her followers before it was eventually deleted. Here is a screenshot of some comments on the photo below; 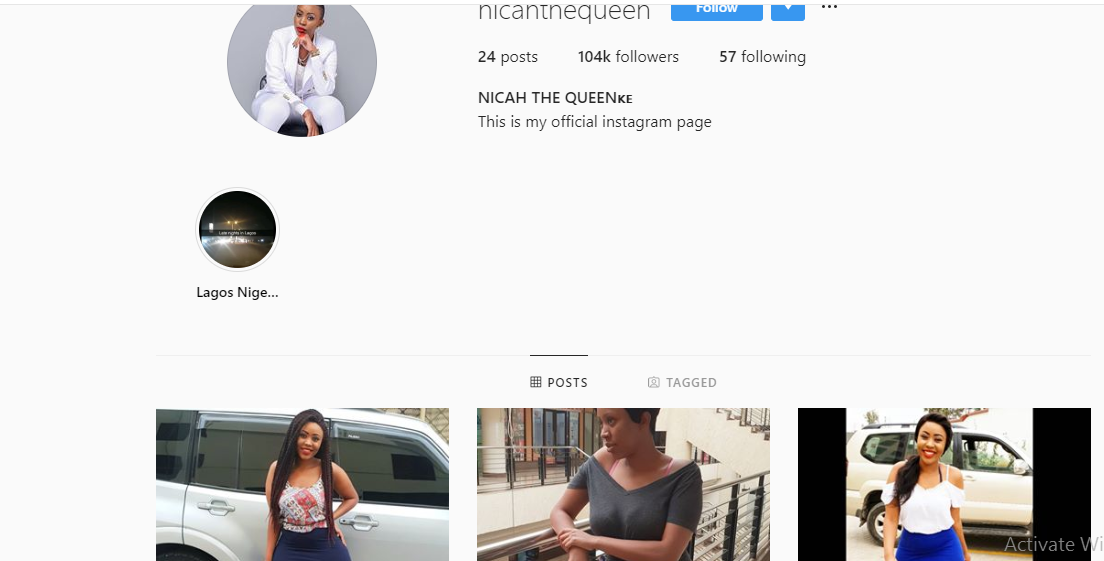 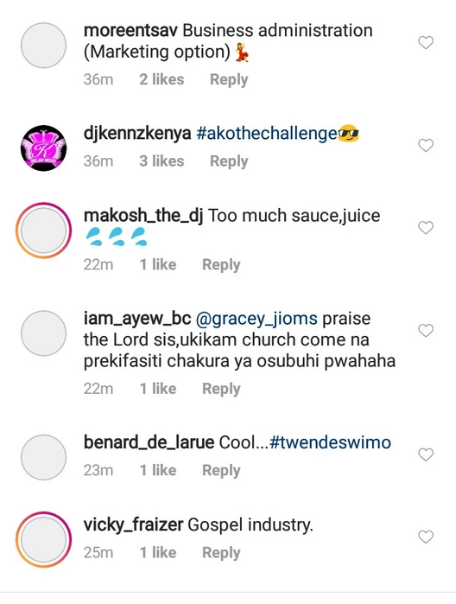 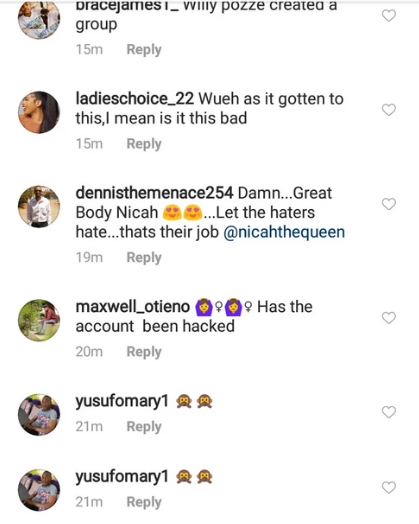 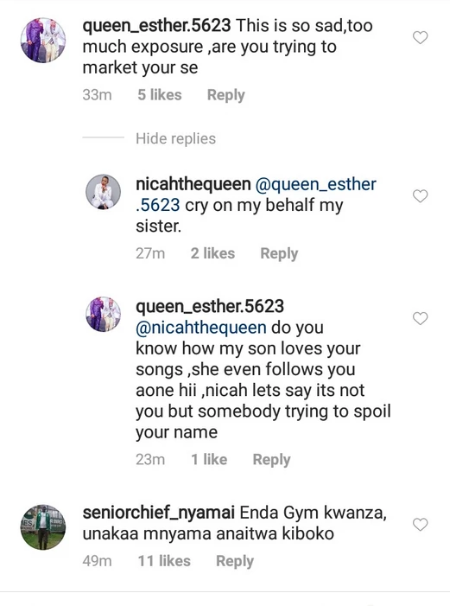 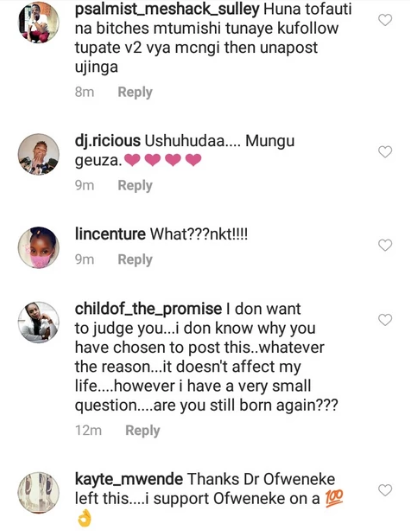 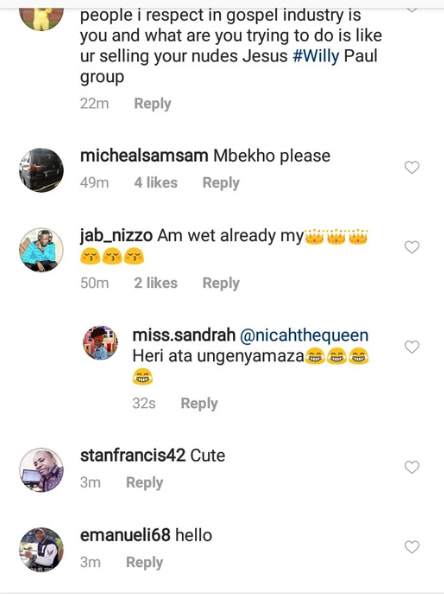 Ekweremadu Attack: PDP were the main cheerleaders of IPOB and they owe this country an apology – APC