This morning, news broke that operatives of the Economic and Financial Crimes Commission (EFCC) raided the residence of former Governor Akinwumi Ambode of Lagos state, in Epe area of the state.

The anti-graft agency has however denied raiding the residence of the for governor but confirmed that he his under investigation. 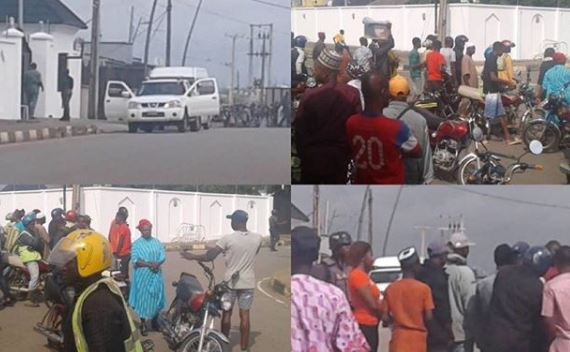 Residents of EPE town however came out in solidarity and protested the ‘raiding’ of Ambode’s house with many of them raining curses on Tinubu and anyone involved in ‘tormenting’ Ambode.

See the video below…