Pastor Chris Oyakhilome, the founder and Senior Pastor of Christ Embassy churches, has sparked off a debate online with his comment on wealth, the rich and the poor.

While appearing on Benny Hinn’s Ministriy’s show last night, the clergyman who spoke on wealth, said

“Money does not make you rich. There is no such thing as money because money exists only in the mind of the poor. It’s a way of the rich to control the poor.” 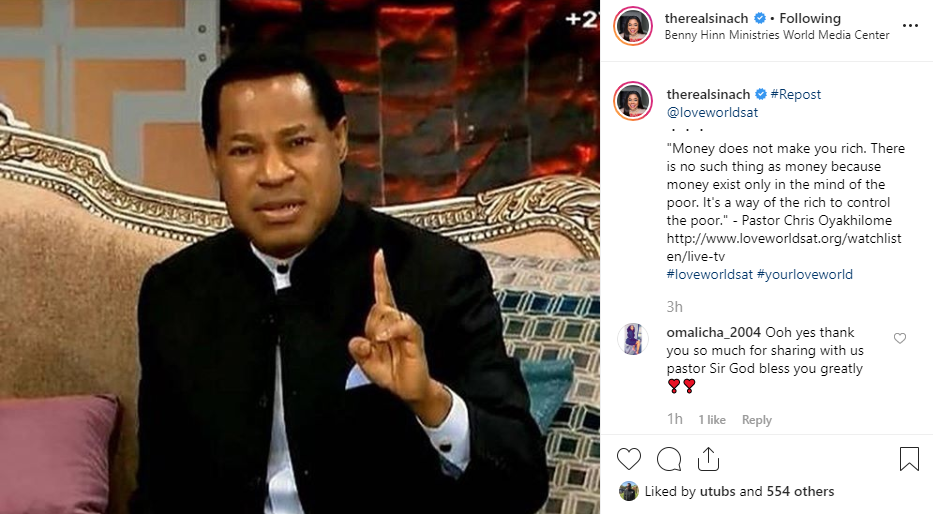 New ministers set to be sworn-in by President Buhari today

It will be morally wrong not to call...