Kosisochukwu Anioma, the young daughter of former aide to ex-Governor Chimaroke Nnamani, Frank Anioma, was reported missing by her father on Thursday August 22 in Enugu state.

Anioma had taken to social media to state that his daughter, Kosiso, was on her way to the New Haven market in Enugu at about 7am on Thursday when she was kidnapped. read here 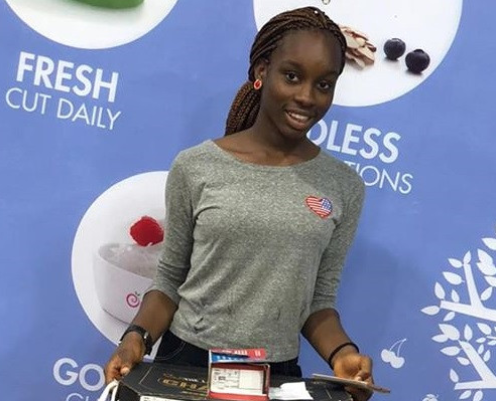 It turns out Miss Anioma was not kidnapped but left her hometown in Enugu to visit her boyfriend in Owerri, Imo State.

The Enugu State Police disclosed this information via their twitter handle as they revealed that the young lady has been found. See the Tweet below. 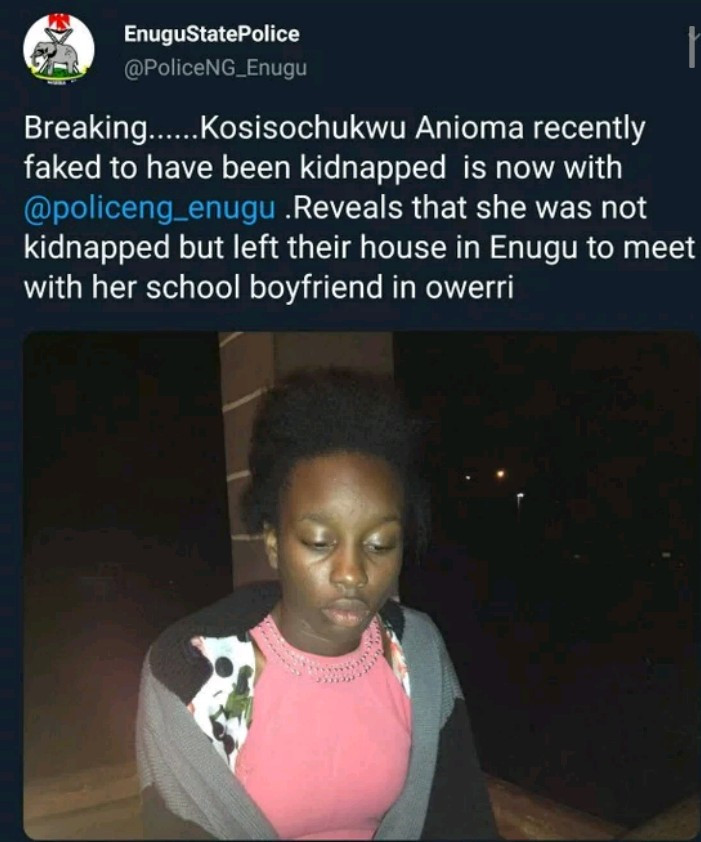 Hon. Frank Anioma also confirmed that his daughter has been found. He took to Facebook to thank those who helped in the search. He wrote;

MY PEOPLE I AM SO PROUD OF YOU GUYS. I LOVE YOU ALL ( IFEDIKA UNU AKOKWANAM). PLEASE JOIN ME TO THANK GOD. HE HAS DONE IT. YOUR PRAYERS HAS BEEN ANSWERED. MY DAUGHTER IS ALIVE AND SHE’S AT HOME NOW. I THANK YOU ALL FOR YOUR PRAYERS, VISITS AND WORDS OF ENCOURAGEMENT. MAY NONE OF YOU EXPERIENCE SUCH TRUMA IN JESUS NAME AMEN. WE GIVE GOD ALL THE PRAISE 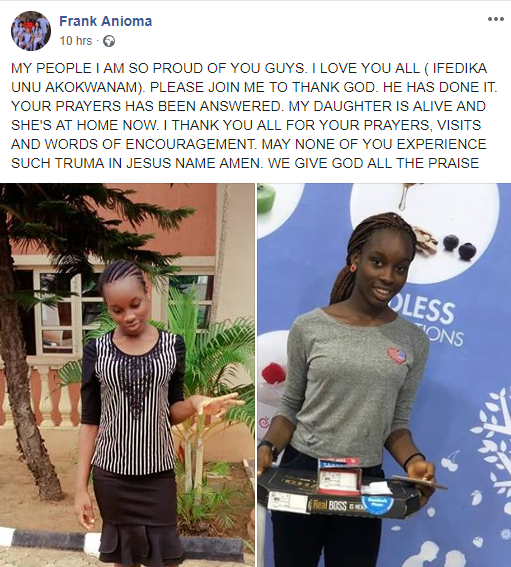