Over ten persons were killed in an auto-crash on Monday, involving a Mercedes 911 truck and two commercial buses in Agulu, Anambra state.

The auto crash occurred at the intersection along Agulu lake hills. Eyewitnesses say the driver of one the buses is dead, while the truck driver survived but with injuries. A male Corps member is said to be among the dead.

Cause of the accident is still sketchy as concerned authorities are still busy evacuating the scene and controlling traffic.

Governor Willie Obiano cut short his attendance at the ongoing State Exco meeting at the Government House Awka, to visit the accident scene at Agulu Lake. 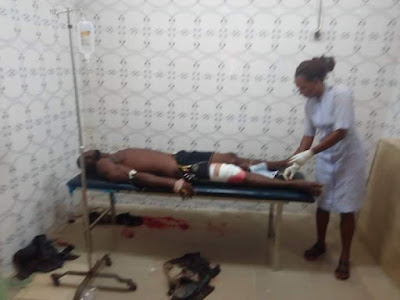 From the scene, Governor Obiano visited the hospital where survivors were receiving treatment.

Governor Obiano who expressed sympathy with family members who lost their loved ones, assured of his government’s support to the victims, adding that a barrier will be mounted on the road before the end of tomorrow.

All Obas in Ibadan drop their crown