A Nigerian lady took to Twitter to thank a commercial motorcyclist for coming to her aid after a soldier allegedly tried raping her for wearing a camouflage.

@mideice_  said the soldier who accosted her and the commercial motorcyclist at CMS Bus Stop in Lagos forced her into his (soldier) motorcycle. The soldier didn’t reveal where he was taking her to but diverted his bike to a dark spot where he wanted to rape her.

The commercial motorcyclist whose bike the lady boarded, however came to her aid after secretly trailing the soldier.

Read the tweets below; 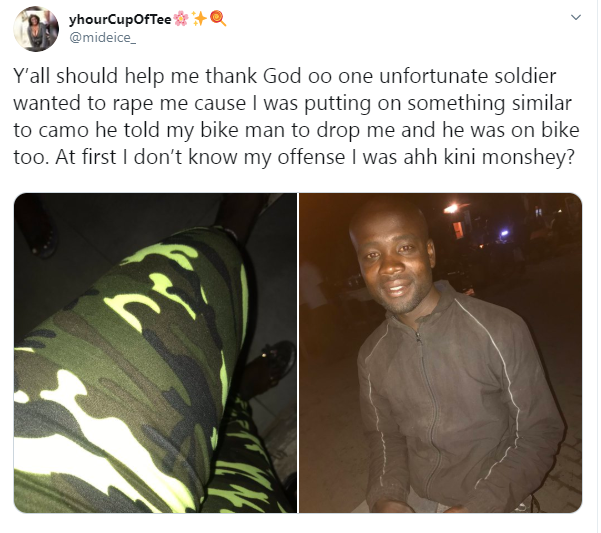 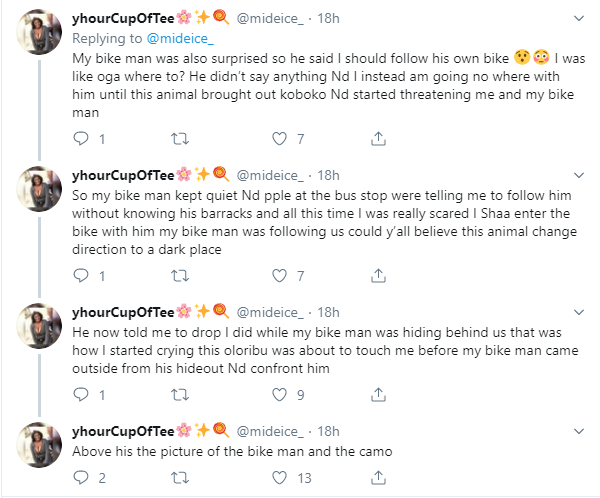