Cossy Ojiakor’s followers criticized her today after she lifted her blouse to expose her naked boobs. And she went on a blocking spree after slamming her critics.

The actress, while advertising her YouTube page, lifted her blouse to expose her boobs. She also had on no bra so this made the act all the more scandalous.

Instagram users called her out for having nothing to give save for exposing her body. But she didn’t appreciate the criticism and she went after her critics. 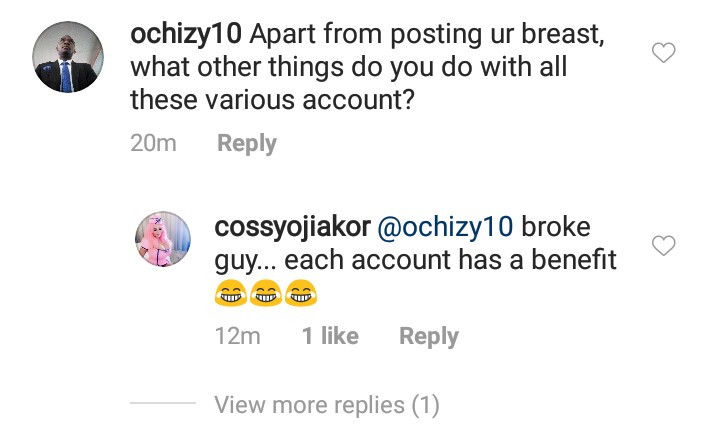 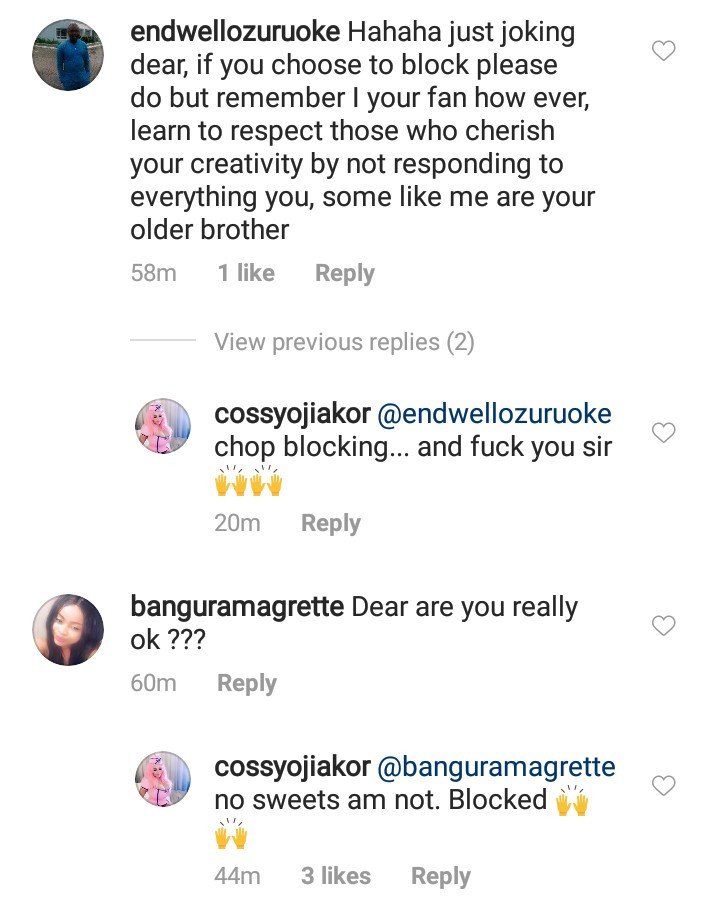 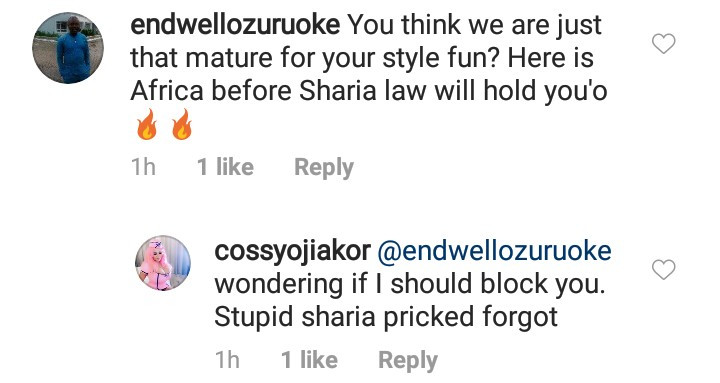 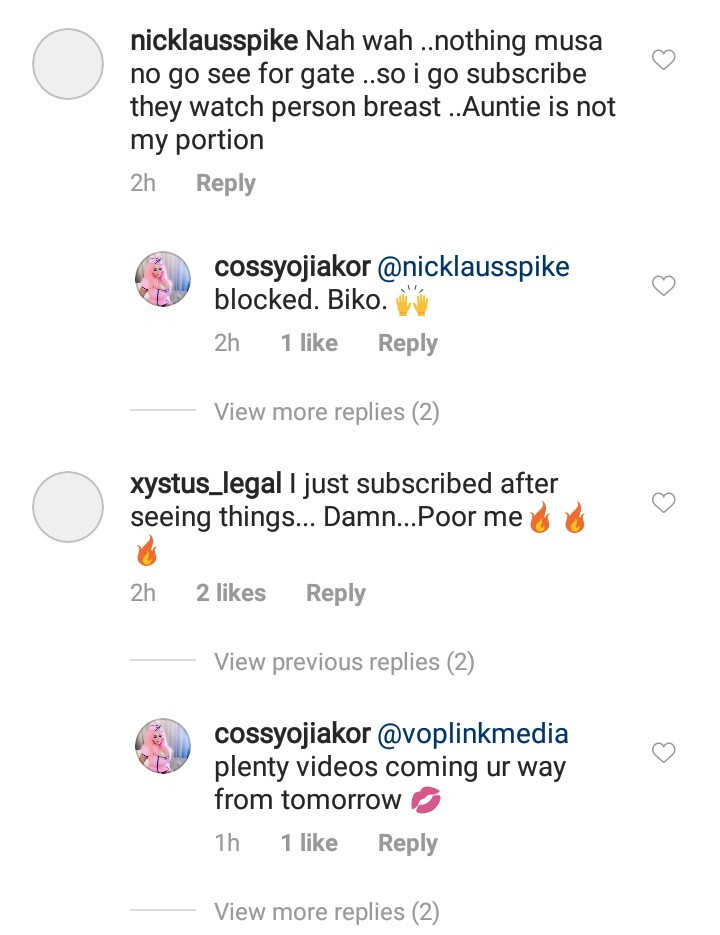 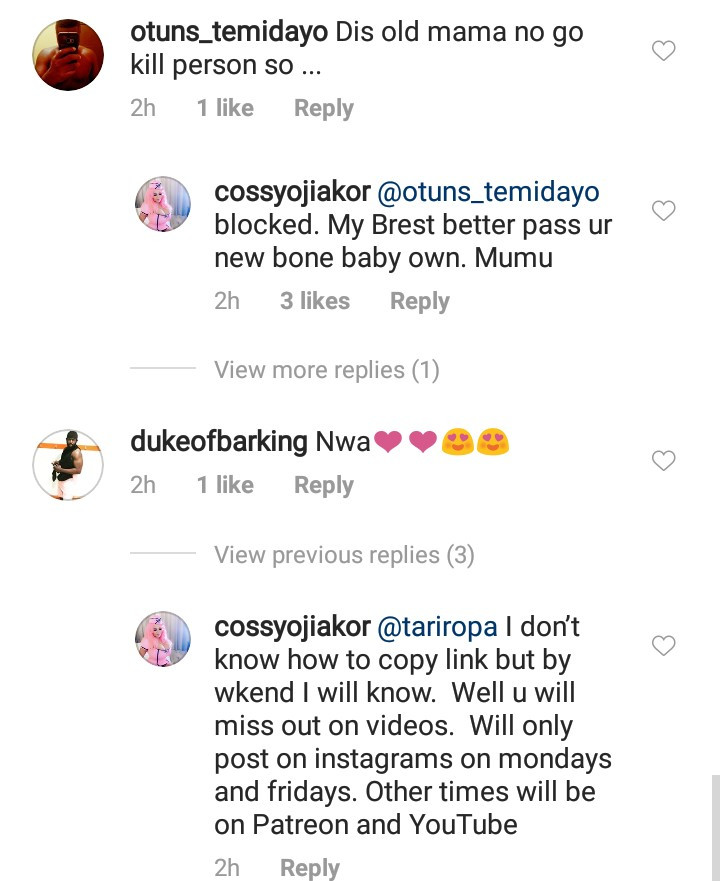 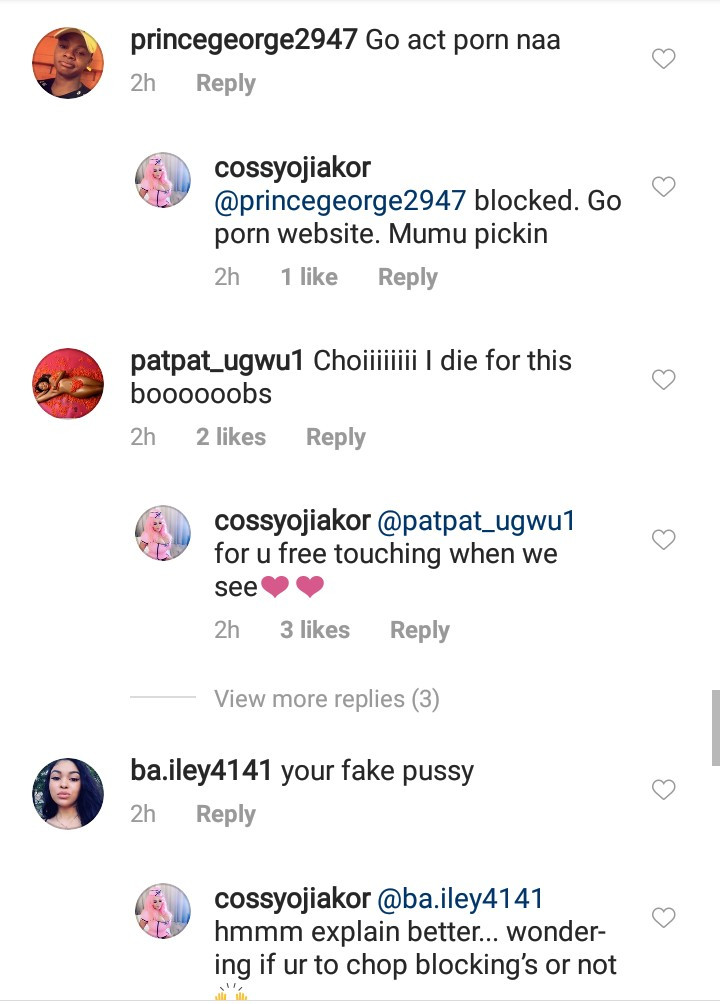