A baby selling syndicate operating in the Ejigbo area in Lagos state have been bursted by the state police command.

Bala Elkana, spokesperson of the state police command, in a statement released today Sunday September 22nd, says on August 26th at about 3.30pm, a police officer attached to the Motor traffic Division  of Ejigbo Police Division while controlling  traffic at Jakande Gate, Ejigbo, noticed a sort of commotion  close to her traffic point.

She intervened  and discovered  that the brouhaha was about a 24 year old lady named Gift Michael who was  found with a suspected  new born baby.

With her was her ‘madam’, one Florence Nkem Douglas aged 50yrs, both of Ijegun area of Isheri. They were about to be mobbed due to the alarm raised by those who had been trailing  the duo from their residence in Ijegun as the whole community  had been suspecting them for long for being in the business  of buying and selling of babies in their Maternity  Clinic. 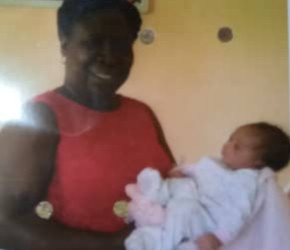 The two above mentioned women with the baby were rescued  and taken to the Ejigbo Divisional Police Headquarters  where an indepth  investigation revealed that the said Florence Douglas, a native of Igueben in Edo State, who is not a registered Nurse, operates two Maternity Clinic named Flofidel Clinic and Maternity Homes with branches in  Shosanya Street, I82, Ijegun road and  Okunola Ijagemo areas.

On interrogation, Florence admitted  to have been in the business of  selling babies for a while. She revealed that a baby girl is referred  to as “PINK” while a baby boy is called “BLUE”; and are both referred to as “MARKET” . She further confessed that the Male baby found in their custody at Jakande gate Ejigbo, suspected to be a week old was brought to her from Gombe, enroute Akure and was to be sold for N500,000.00.

The rescued baby who appeared sick with symptoms  suspected  to be jaundice was promptly taken to hospital for medical attention.

Pictures of about 50 different babies suspected to have already been sold off were found on the phones of the suspects. Bala says the state commissioner of Police CP Zubairu Muazu, has ordered the State Criminal Investigation Department, Panti Yaba to take over the investigation and ensure that other members of the syndicate are apprehended.